A new trailer and a bunch of new details about the new WWE game Battlegrounds came out today. 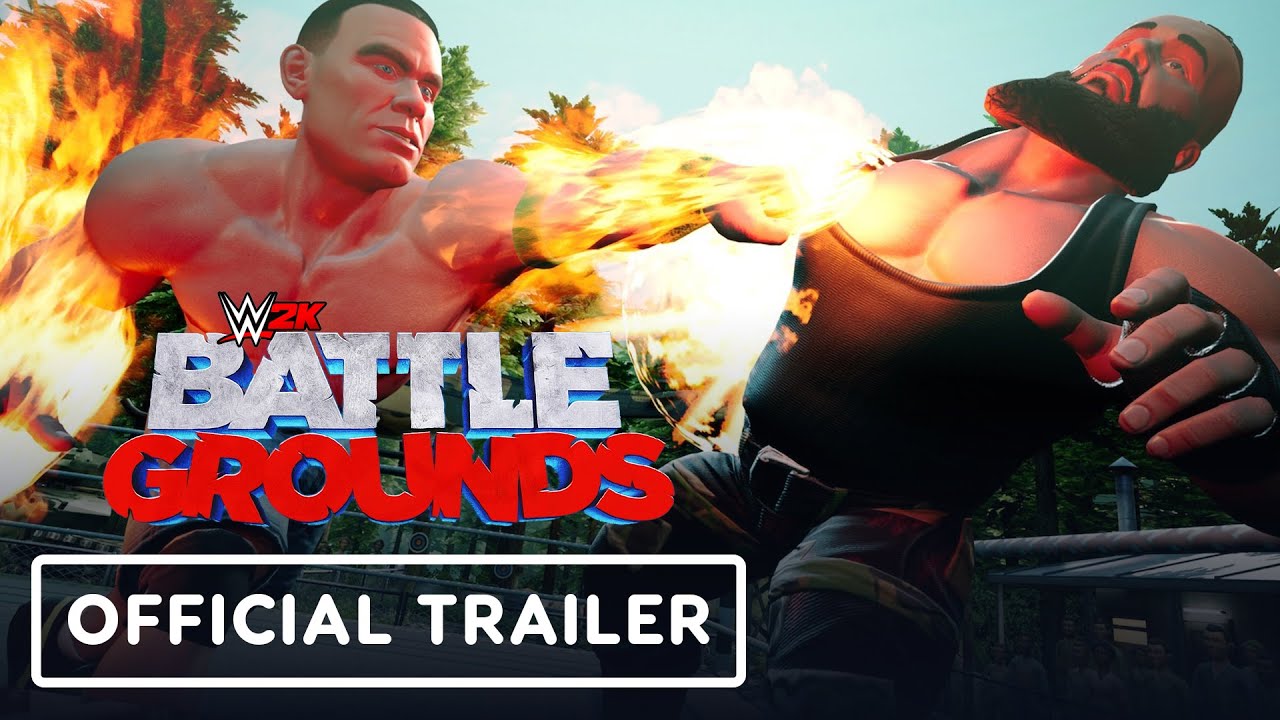 Anyone interested in it or have any thoughts about its very different look for a WWE game.

I rather they went back to SD:Shut Your Mouth/ Here Comes the Pain in terms of A.I and game play.

This feels like it was gonna be a mobile game, but with WWE2k20 sucking so bad, 2K felt they had nothing to lose so they’re bringing out “WWE All-Stars Minis.”

The content of micro transactions has not been confirmed. Only that there are “in-game purchases”.

The best article I found online brought up 2K’s similar NBA playgrounds game where there are in-game purchases but mostly for cosmetic stuff. I would think Battlegrounds would be the same way. So if someone wants to spend a bunch of money on Undertaker outfits that’s up to them.

But if your right and you can buy special powers or super-versions of wrestlers that would kill my interest in the game.

I’d actually pay for the Undertaker “Phantom of the Opera” type mask. And Max Moon

If WWE 2K20 showed us any think it’s this, 2K can make a great wrestling game ad however I wouldn’t ever give them money again. When SONY offers an almost instant refund your credibility as a game developer is incredibly diminished.

I was interested at first - I thought it was a free mobile game.

Not a chance I am paying for this.

I’m interested in nothing WWE anymore, they’ve tainted their product so much. Well, imma play good ole WrestleFest from time to time or yet still: the RetroMania remake that is supposed to come out in the near future.

I’d rather see a return to the AKI engine, but I’ll wait to see how reviews are.

The marriage of AKI and THQ really was a wonderful thing

This man speaks the truth. I will still say that “Shut Your Mouth” got the AKI physics down better than “Here Comes the Pain!”

I’m in. I need a break from the traditional 2k games. This looks like a lot of fun. A lot like that game from around 2011. Fun wacky stuff. WWE All Stars is a professional wrestling video game published by THQ and developed by THQ San Diego for the PlayStation 3 and Xbox 360 systems and Subdued Software for the PlayStation Portable, Wii, Nintendo 3DS and PlayStation 2 systems. The game features current and former WWE wrestlers competing in fast-paced wrestling matches. It was released on March 29, 2011 in North America and April 1, 2011 in Europe. It is also the only WWE video game to be available for the Nintendo 3DS In contrast to...

Any info on the new Retromania game? Did anyone like FirePro world?

I still play fire pro world to this day. Game is at a great state right now . It came out 3 years ago. With constant updates and great DLC which they have added New Japan wresters,2 Stardom Wrestler packs,Fire Promoter Mode which is their take on GM mode,A create a move free DLC that just came out has added tons of move not previously in the game. It probably is costly if you just now are buying the game to get all this items now but recommend it highly if u can find a sale or just have enjoyed the series in past. I will still play this til new wrestling games come out on next generation consoles.

Retromania will release soon. One of developers has said that they are testing bugs and polishing everything to be up to par. So it could be out late summer early fall. Checkout the Retrosoft Studio YouTube channel for the developer blogs.