A recap of this past week's shows at POST Wrestling

This past week saw another packed lineup of shows from POST Wrestling, including some new names popping up for guest spots, and a farewell to a popular show on the network. 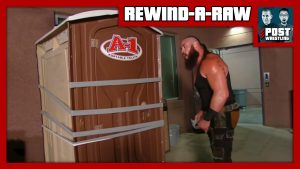 On Monday, Rewind-A-Raw kicked off the week with Wai Ting & John Pollock reviewing Monday’s episode of Raw that was summarized by the closing visual of Kevin Owens covered in residue from the porta-potty he was trapped inside of by Braun Strowman. It was not a well-received edition of Raw, as they move closer to the Extreme Rules event next weekend. 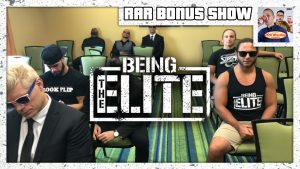 The RAR “bonus” show has become a new weekly feature on Monday nights for members of the POST Wrestling Café. After providing the show with the default title of the RAR “Overrun”, Wai & John decided to find a new name for the show and opened the floodgates for suggestions. After working their way through the list of ideas, the name was settled on with the RAR “Double Shot”, which also featured recaps of Being the Elite and All Us. 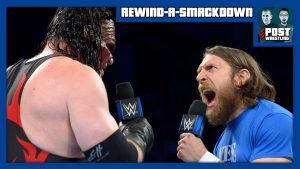 Tuesday’s episode of Rewind-A-SmackDown featured a lively debate between Wai & John over the direction of Daniel Bryan for his reunion with Kane as Team Hell No. Wai found the segments entertaining and a positive for Bryan, while Pollock was less impressed with Bryan reverting to a role he outgrew. Decide for yourself who you side with (let’s be honest, it’s probably Wai). This show also featured Pollock’s quick thoughts on the Ring of Honor Best in the World pay-per-view and Wai recapped the latest episode of Ride Along with Rusev, Lana & Aiden English, and The IIconics. 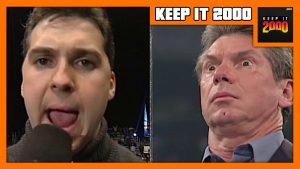 On Wednesday, the final edition of Keep It 2000 was released with Brian Mann & Nate Milton shutting down the “Satellite of Hate” with scheduling issues increasing to make the show too difficult to continue with. In honor of their final show, they warped into the future reviewing the final episode of Monday Nitro from March 26th, 2001 and were joined by multi-time guest Chris Urbanowicz. On behalf of the POST Wrestling crew, we cannot thank Brian & Nate enough for their work on this show, as well as past shows on The LAW. The two will still pop up sporadically, beginning with the Impact Wrestling Slammiversary pay-per-view on July 22nd, which will be hosted by John Pollock & Nate Milton. 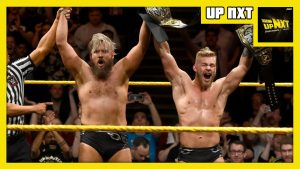 A special edition of upNXT came out Thursday as Wai Ting made his debut on the show, filling in for Braden Herrington and receiving a World Cup tutorial from Davie Portman. In addition to the footy talk, the two reviewed this past week’s NXT, highlighted by Johnny Gargano’s character direction that played out during his match with EC3. 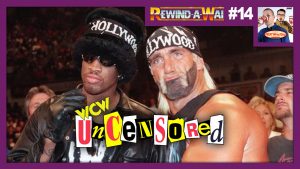 Members of the POST Wrestling Café have access to the latest edition of Rewind-A-Wai as John Pollock & Wai Ting tackled the WCW Uncensored card from March 1997, as chosen by Espresso Executive Producer Jon Ziegler. This show featured added attention because of Dennis Rodman’s involvement with WCW, which would culminate in a match for the NBA star later that summer. In addition, we saw a triple team main event pitting Team WCW vs. Team Piper vs. Team N.W.O., the commentary of Dusty Rhodes, an angle involving a copy of Playboy’s Nude Celebrities & more. All members of the Café have access to this show and the entire archive of bonus shows. 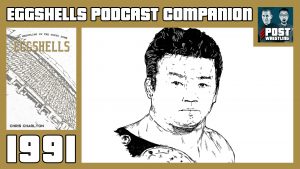 The weekend kicked off with the latest edition of Chris Charlton’s excellent EGGSHELLS companion podcast, with his book of the same title available for purchase. This week Charlton was joined by PW Torch’s Alan Counihan a.k.a. “Alan4L” to chat the 1991 Tokyo Dome cards, including the New Japan & WCW Starrcade show, and a pair of SWS cards with Genichiro Tenryu vs. Hulk Hogan and The Rockers vs. The Hart Foundation among the matches discussed. 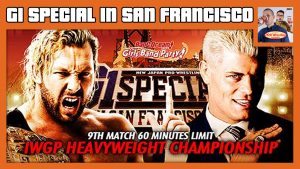 Saturday night saw head-to-head shows on the POST network between New Japan’s G1 special from the Cow Palace and the UFC 226 card from Las Vegas. Up first, Wai Ting was joined by Dan “The Mouth” Lovranski and our long-time friend Mike Murray to review the Cow Palace card, assess the commentary for the show, how the audience reacted, the injury to Hiromu Takahashi, and show-closing angle. This show is available for members of the POST Wrestling Café. 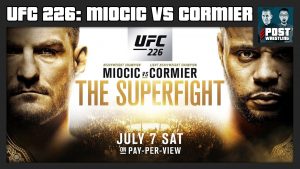 The other portion of the doubleheader featured John Pollock welcoming friends Phil Chertok & Ziggy Cao to review a newsworthy UFC 226 card as part of International Fight Week. The card was highlighted by Daniel Cormier’s UFC heavyweight title victory over Stipe Miocic and subsequent challenge made by Brock Lesnar, who appeared in the octagon and cut a profanity-laced promo. This show is free for everyone on the POST Wrestling podcast feed and the site. 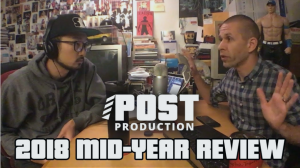 Finally, Wai Ting & John Pollock also shot a POST Production video for our “Double Double” & above members of the POST Wrestling Café. This week’s video featured a mid-year report card discussing the major stories involving the WWE, UFC, Ring of Honor, New Japan Pro Wrestling & Impact Wrestling as well as the major stories to watch throughout the rest of the year. On the POST Wrestling Café, all audio shows are available at the $6 tier and above, all video is on the $12 platform and above.

As always, we greatly appreciate your support of POST Wrestling and information for each show and their respective RSS information can be found at https://www.postwrestling.com/subscribe/ so you never miss a show.