All Elite Wrestling is officially launching their gaming division titled ‘AEW Games’. The division has multiple social media channels including YouTube where the press conference was held to announce three game titles and those involved in the division. Kenny Omega, Aubrey Edwards, Britt Baker and Cody appeared during the press conference dressed like Steve Jobs when he made his iPhone speech to Apple employees.

The first announcement was AEW’s console game which is being co-created by Yuke’s, which is the game developer that has created a plethora of WWE video games. It was revealed that Hideyuki Iwashita is helping create the console game. He helped create WWF No Mercy, Sim Creator 2008 and three different versions of Def Jam Vendetta.

AEW has an ‘Elite General Manager’ game coming out on mobile devices where users can book their own AEW matches and watch them play out among other options. Lastly, the AEW Casino Double Or Nothing mobile game was announced for this coming Winter.

So to sum it all up…

The 20-minute presser can be watched on the AEWGames YouTube channel. The Casino Double Or Nothing trailer consisted of multiple talents such as Britt Baker, Dark Order, Ricky Starks, Kenny Omega and Orange Cassidy and that can be watched at the 15:00 minute mark of the video.

Yukes and the return of the AKI engine?

Instant buy for me!

Could not care less about the casino deal, but an AEW game inspired by “No Mercy” and the Def Jam games sounds perfect (I still have a PS2 in storage somewhere for the express purpose of playing “Fight For NY” again someday).

I did not like the graphics for the console game even if it wasn’t the actual game footage, too big and blocky

Elite General Manager sounds interesting. If the console plays like No Mercy I think it will be a massive success

Teaming up with Yukes - and basing it around a simple and extremely fun style that was No Mercy / Def Jam / Day of Reckoning is a perfect combination.

Could not be happening at a better time either - as it seems like WWE games plateaued and then fell off a cliff in the last few years.

On the Casino style game: I was very confused and intrigued by this.

Mobile gaming (gambling) is a bit of an emerging industry here in the states. I really would not like to see AEW create a legit casino where people can play virtual cards and slots. That would just be very predator like to capitalize on their rabid fan base but having a gambling app. As a game concept, I’d need to see it before casting judgement. I’m hopping it’s a game concept and not online gambling. Business wise, I get it, but dangerous.

I would however enjoy a fantasy sports type game and would view that very different than a straight up casino. I’ve always thought promotions were missing a market with fantasy sports on apps like Draftkings or FanDuel. AEW doing their own thing in this vein could be cool.

I’ll let other gamers comment on the rest of it. Not much else to add on the video games besides I thought the roll out video was very fun and well done, albeit 45 minutes late.

I’m excited for the AEW console game! I have been life long wrestling game fan since WCW vs The World up to WWE 2k19 & Fire Pro Wrestling World of current day. Trailer looks solid for early development. Im cool with arcade or sim style preferably a good balanced of both.
I worry the that if it’s too arcade it will turn off the people wanting realism but I feel realism has hinder the WWE 2k series. Really want the console game to succeed. There hasn’t been a competition with WWE games since WCW went under. I’m not a mobile gaming fan so neither of those games I’m interested in. Glad to see Yukes involved. They left 2k to get more creative control so I hope they deliver the game they want. Hopefully they have a good development cycle. If they game can launch for PS5 /Xbox Series X by this time next year and be good they can get a huge step on WWE 2k series as i believe they are only making game for ps4/Xbox 1 which will be outdated by a year. Maybe this pushes WWE 2k to release for next gen next year instead of 2022. Can’t wait to see both games in action I may wait for these games come out before purchasing one of the new consoles.

Here is just the video clip of the trailer for the AEW Console Game.

Honestly I’m not impressed for a game that will most likely be coming out on the PS5 or Xbox Series X. Either this is very very early in game footage in which case I’m not a huge fan of the character designs. Or this is a trailer of what they hope the game looks like which might be even worse because it still looks like a trailer for Legends of Wrestlemania from 2009 or Raw vs Smackdown 2006.

I want a wrestling game from either WWE or AEW that looks like a game in 2020/2021. Not one from 10+ years ago for nostalgia sake.

Looks exactly what I was hoping for. Some people I guess want their characters to look like they’ve transported straight from the TV screen and into the game, that was never what I wanted so this is perfect. 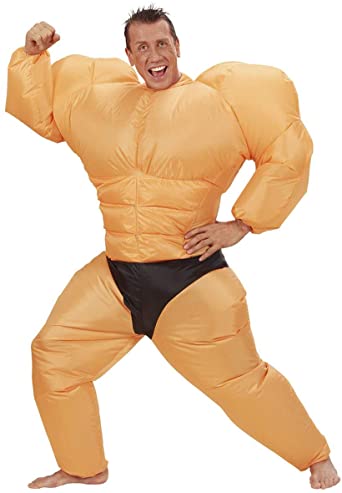 Here is Kenny doing some moves for the game

The graphics are ok…Not great or photo realistic, but they’re fine. The real question is how does it play (and what game modes will it have)?

Your eyes can get used to graphics that may be lacking if the game engine is solid (see FirePro)…It’s much harder to play a pretty game that’s limited in terms of gameplay (see the Impact game).

As with every modern video game released in the last 15 years, I will be waiting on reviews before deciding whether to purchase. Modern games are predatory by nature with the obsession with micro-transactions and other means of milking customers for money, and games being released in an unfinished state with the plan to patch things in later on. That being said, I’m intrigued and will definitely be following the development process. If it’s good and not a predatory cash grab, I will buy.

Until then I’ve still got Wrestlemania: The Arcade Game for Sega 32x and Smackdown: Here Comes the Pain for PS2 which are far superior to anything released post-2005, for my money.

The trailer gave me flashbacks to the TNA game. Mind you Yukes has way more experience in the wrestling game field than Midway did.

I can’t get behind the charchater design, too cartoonish for me.

I’m pretty sure it’s going to be like Def Jam and it’s a massive compliment.

Def Jam: Vendetta is honestly one of the most fun wrestling games ever.

Graphics are secondary to me. Give me a fun game play experience. That’s the issue with so many games of the last twenty years… TNA, AAA, etc. Gameplay was never fun.

Been a while since a new game came out for the PS2.

Knew you couldn’t stay away from an AEW thread for long!

Graphics are secondary to me. Give me a fun game play experience. That’s the issue with so many games of the last twenty years… TNA, AAA, etc. Gameplay was never fun

Agree here, but I’d go so far as to say graphics are maybe even third or fourth for me. I’d much rather have a game with a rocking soundtrack and immersive sound design than super advanced 1080p 60 FPS bla bla bla whatever graphics. It just doesn’t mean much to me for something to be “photo-realistic” that is obviously fake. Even in terms of modern games my favourite graphical styles tend to be the cutesy throwback 8- and 16-bit styles in games like Super Meat Boy and Celeste over the new COD or whatever.

While I’ve never really gotten into them, there’s a a reason people absolutely love the Fire Pro series… And I’m certain it’s not for the graphics. It’s because they are fun to play.