Immediately after Rewind-A-Dynamite, John & Wai will be reviewing the 9 Lives of Vince McMahon documentary in the POST Wrestling Café. Click image to enter: 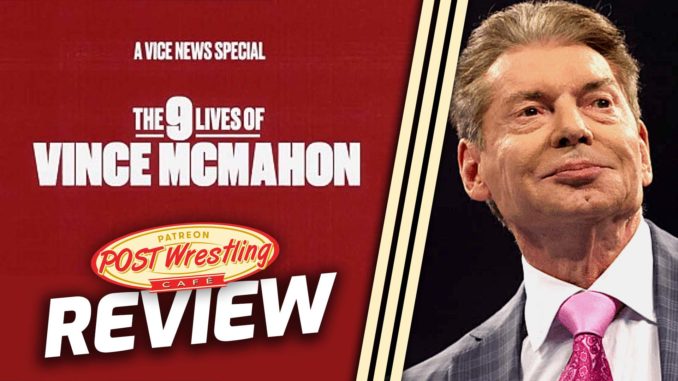 I was at last nights episode of Dynamite and had an absolute blast. I’m glad how loud the crowd was came across on TV. The building they use in Garland is kind of long so it echos and I wasn’t sure how it would sound. But the crowd was absolutely hot all night.

The Jericho vs Andretti match was unlike any match I had seen live. A masterclass by Jericho of a verteran vs rookie storyline. The crowd was ecstatic when Andretti won even though nobody even knew his name. I am now invested in Andretti for the rest of his career.

They didn’t do much extra that wasn’t aired. Tony Khan did come out and say that they have a good thing going doing Winter in Coming for the past two years in Dallas and sounds like it’s going to continue. Which would be fantastic! I would love to be able to look forward to AEW coming back to Dallas the 2nd week of December every year.

Is Chris Jericho, AEW or ROH ? If you finish a feud in ROH, does it mean you can go to AEW and vice versa ?

I don’t think it matters, at least for right now. ROH is just a part of AEW.

I hope not…if they keep having people go back and forth its just going to turn into what WWE did with Raw and SD when they tried to do the brand split. Keep them completely separate, and only have people jump on occasion (like what WWE did with NXT back in its heyday).