After so much great content from NJPW this week, can I go back?

So, after getting NJPW World for Wrestle Kingdom, I have been watching a TON of NJPW content. I’m totally invested in the new angles coming out of New Years Dash. I really appreciate the product. I have been a casual fan for around WK 9 and watched the better matches on YouTube before. This year, I finally bought NJPW World and run it on Fire TV … it’s great and I have been enjoying the hell outta fresh solid matches, better storytelling, it’s a better feel in New Japan. It’s an incredible wrestling product.

So, after watching all the great content from this past week from New Japan, I am wondering how I will react while watching the WWE shows this week

You need to switch your brain off, like going from a great film to a bad cartoon.

The simple answer is; don’t watch Raw. Don’t watch Smackdown. Replace those five hours with something more productive or something new or something you’ve been meaning to catch up on. For example, I subbed to PowerBomb TV last year and I’m catching up with Beyond Wrestling instead of enduring Raw Is Chore.

What’s GREAT about that method (and I’m talking from experience) is that when you watch the WWE monthly specials/PPVs, you tolerate and enjoy it more as you haven’t all ready spent 8-12 hours that month watching the product. And what’s even better, is that you’ll have no qualms fast-forwarding through shit you don’t care about.

If you’re someone that watches Raw and Smackdown front to back on a weekly basis, it’s going to be hard(er).

This happened to me after WK11, and my regular wrestling buddies have all gotten into NJPW over the last year, so watching non-PPV WWE can really be a chore sometimes, but I’ve stumbled onto a pattern that works for us, if you’re interested:

Start RAW a minimum of 90 minutes late or SD a minimum of an hour late (you can fast forward any segment/match that you don’t want to see, and you’ll likely get caught up in time for the last segment - in my group, we basically hold a vote. Someone says “vote to skip”, and unless someone objects, we fast forward the segment)

Sidenote: As someone who’s made this mistake, try not to watch an NJPW show directly before RAW/SD. The whiplash is REAL.

Ever since following NJPW some years ago, I pretty much lost interest in WWE and only catch up via F4W and John & Wai.
Sometimes I resub to the WWE Network, but only if I’m really invested like last fall before the Survivor Series. But after Hunter & Shane had to be the shining stars in the match, I just quit and felt like an idiot for thinking that Hunter would put someone over, so therefore I won’t probably resub for WM, especially since the direction is Brock-Roman.

The booking in NJPW is out of this world compared to the WWE. Everything matters, you can get really invested that you might think it’s real and you get rewarded for investing your time into this product and that’s what I want from wrestling. Plus, you get to see to many different styles and not the standard WWE product. The best wrestlers are the ones who are on top, not necessarily the best looking guys * ehem * Roman * ehem * Jinder * ehem *

Ah c’mon now, Roman is LEAGUES above Jinder and easily one of the best guys in the company. The Roman Reigns hate is so passe as he’s proven he’s a great pro wrestler. His booking, however, is awful.

I will say, the idea of Roman Reigns and John Cena having a match a match directly after Okada and Naito is very laughable to me. And I don’t even think Roman and Cena are bad in-ring. But cmon! The Cena AJ match that gets worlds of praise would have been the 4th best on the WK12 card!

I don’t compare the two regularly because ones trying to be sport and one is trying to be entertainment. But when it comes to both being wrestling - it’s baffling to me that the WWE forces its match structure and limits move sets like it does when I have no doubt their roster could do better. And it doesn’t have to impact entertainment stuff either, just let these guys go tear the house down on PPVs

Not saying that he’s a terrible wrestler, but imo he’s just solid in-ring and his promos cringe-worthy at times (it was worse some years ago, but it’s still far from good). He’s far from being one of the best in-ring workers. Criticizing Roman isn’t necessarily hate, he’s just not that good to deserve such an insane push. If everything goes as planned, he’ll headline his fourth consecutive WrestleMania, something even Cena, Rock, Austin or Hunter weren’t able to do. 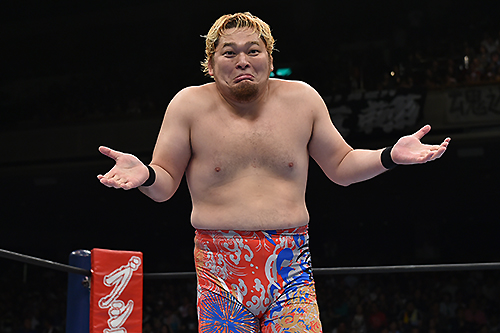 Very good! You definitely got me

But I’ll take a Yano match over any Bray Wyatt segment. I guess I don’t view Yano as “entertainment” bc he’s just having comedy matches which is part of Wrestling. It’s the over dramatized and scripted soap opera canpiness that just doesnt click anymore

If you listen to the Post Wrestling “Worst Of” show, 90% is content from the WWE. We are in a lucky position though, as fans, because we don’t have to sit through +/- 10 hours of WWE programming every week.

I recommend just watching the good stuff after you hear from people who have to watch the WWE for a living what the good stuff is. Saves you a lot of time and you’ll get more enjoyment out of the product as well!