Another wave of NXT releases...

They are taking a hatchet to NXT.

Bummer to see Fish and Martinez go, as both are great veteran hands who can help develop new talent for sure…

Holy shit! I remember when NXT went against AEW on Wednesday I said “RIP NXT” and this pretty much confirms it. What a mess.

Fish is not a surprise - he’s old and hasn’t look great recently. But Martinez and Reed are people they have pushed. Atlas and Rust have also had a lot of TV time as of late.

Again I ask, why would anyone want to invest in this product? No point at all

Bronson Reed is the biggest shock here to me

Just remembered Leon Ruff had a run as NA champ and was actually pretty fun to watch. It’s clear there is zero plan with any talents outside of the tippy top people moving forward. Total disaster

Developmental wasn’t really a thing in the 80’s and 90’s when there were territories and other places to get seasoning on TV. For the last twenty years, it made sense to foster developmental brands. It doesn’t anymore. NXT is now an affiliate, as was Music City Wrestling, USWA, SMW, etc in the 90’s.

The amount of money it cost vs reward of NXT is certainly more expensive than just targetting free agents who have followings and TV under their belts.

Perhaps this is another chapter of their hiring strategy.

I think the brand split is ending very soon. Possibly after summer slam. There’s just not enough talent to keep the splits like they are.

I wonder what USA thinks about all of this. The brand they paid for gets crappy ratings and the roster just got decimated

And didn’t they just sign “Ari Sterling” (horrendous name) aka - Alex Zayne? What on earth is happening with this company lol

@ryandilbert
NXT has been released by WWE. 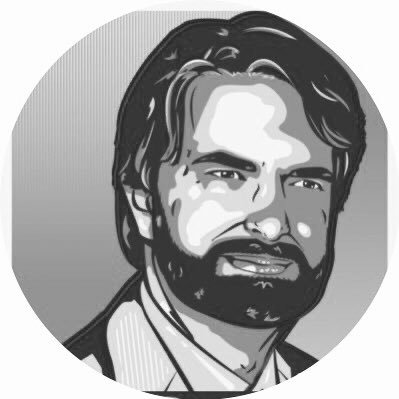 Starting to thinking “making it to wwe” is going to be a line wrestlers stop saying when they keep firing people, no one is going to want to go there

The biggest thing it says to me is that NXT was and still is a big cash drain and has never made money. HHH is no booking or talent acquisition genius - any idiot could have signed every decent name on the Indies and pushed them.

The vast majority of those guys HHH slurped up have not become main roster stars, which is all that should matter.

SB nation reported that WWE is planning on making major changes to NXT, making into more of a true developmental which is the reason for all the cuts.

They also reported that Adam Cole flew out last night to meet with Vince in person, I find this very interesting as it has to mean that he wants him main roster. Not going to lie, this scares me. The only hope I have for him is I have to think Shawn and Hunter push for him hard to be booked properly, I don’t have a lot of faith though.

@TheBenjamin id slightly revise what you stated and say the PC numbers don’t make sense. NXT on its own is probably profitable as most those contracts I would imagine are smaller development deals.

Ironically the PC that saved them during the Pandemic also is probably a huge cash flow drain during normal times.

Vince has finally said “EFF IT” and is taking back full control. He wants to push young jacked up dudes again and pipe in crowd noise to fit his narrative. NXT losing to AEW is 100% the reason for this because it’s proof to him that Triple H vision of wrestling isn’t good enough and that hes the genius still.

Sadly, this is probably the case. Get ready for ex weightlifters and ex lingerie models, not anyone with any experience

I think this is the right call for them.

After losing the Wednesday night war I’m sure Paul stock isn’t very high. Vince has been on fire and lately with selling out arenas and good ratings mainly driven by Cena. I’m sure he views it now as he needs to take back control and a lot of the NXT guys when he sees that he’s not impressed.