The warrant was issued for the 21-year-old former Oklahoma State University wrestler after an affidavit was filed by a detective in the Stillwater Police Department’s criminal investigations division on Tuesday, according to documents obtained by The Oklahoman newspaper.

Bond was reportedly set by Payne County District Court at $25,000, according to the Stillwater News Press.

The charge concerns an incident on July 2nd when Ferrari is alleged to have performed unwanted sexual acts on a woman while holding her down on her bed. On July 5th, the woman filed for an emergency protective order, a hearing which is scheduled for September 15th.

Ferrari’s attorney, Derek Chance, told The Oklahoman that his client is innocent and that he was confident that he would be exonerated.

Oklahoma State University announced on July 13th that Ferrari, who would have been a junior on the OSU wrestling team, was no longer with the program.

Ferrari was part of the inaugural WWE ‘Next In Line’ program, announced in December 2021, which came into effect after the NCAA changed its policy to permit college athletes to monetize their name, image, and likeness.

Being a part of the NIL program gives the athletes access to WWE’s Performance Center in Orlando, Florida in addition to resources across the company.

Looks like chances of become a “WWE Superstar” are slim to… NIL?

So this guy + Stevenson both have sexual assault allegations against them. Doing really great with their background checks. Should stick to indy wrestlers, not amateur wrestling if they names coming from that world are problematic. 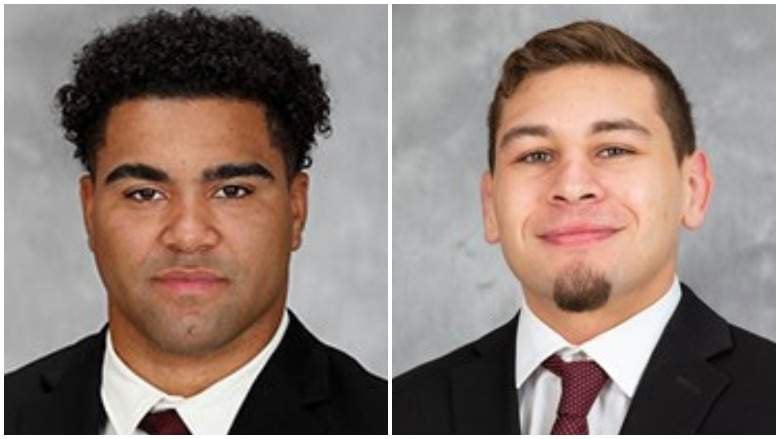 r/SquaredCircle - All of the know details of the rape accusations that were...

But maybe WWE under new management can stop with the talent that have sexual assault allegations, just an idea. Makes the benefit of SEO on NIL a bit tough. Also probably doesn’t help clean up the image Vince left them with culturally.

Agreed, the charges against Ferrari are pretty dark.