Since Post is so popular in New Jersey, I figured it’s a good time to get your thoughts on a classic New Jersey debate. 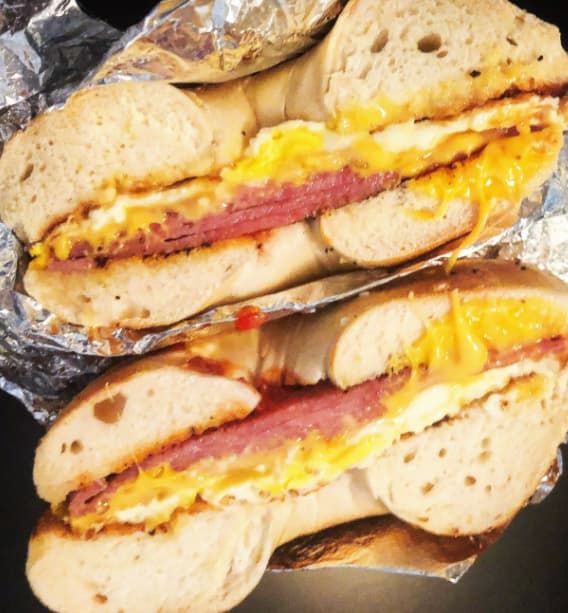 In North Jersey this sandwich is called Taylor Ham Egg and Cheese, after the brand “Taylor Ham” while in South Jersey it is called Pork Roll

Are you familiar with the deal that Major League Soccer signed with Apple earlier this year?
MLS signed a ten-year media rights deal with Apple which entitles Apple to be the exclusive online streaming platform for MLS globally. The deal is worth a reported guarantee of $250 million per year plus a possible share in subscription fees, but MLS has to pay production costs (not all details are public). Interestingly, MLS is still entitled to find a “linear” television broacast partner (ESPN, Fox, etc.).

Have you heard about the potential of any such deal being discussed for pro wrestling? For example, could it be possible that AEW re-signs with Warner/Discovery to air on TBS/TNT and then signs a separate deal to stream Dynamite and Rampage on Apple TV+, Netflix, or another streaming platform?

What is your personal top four ranking of wrestling promotions in 2022 so far, based on the quality of the content (in-ring, story-telling etc.)?

Just curious as to your feelings, if any, around the recent passing of Queen Elizabeth?
As an Irish man, my feelings towards the British monarchy could be described as cold (if we’re being generous).
So I’m wondering what the feeling is like over your neck of the woods to the head of state shuffling off this mortal coil.

Now that you’re both parents.
How do you feel about the fact that you have essentially left behind a decades long audio/video diary type archive of their fathers conversations?
Yes, a lot of it is just talking old wrestling shows. But there are tons of personal stories of what was top of mind in your lives at any point in time.
Obviously it wouldn’t be something they would have any interest in until they’re adults looking back.
But that’s some cool shit.

Do you think Sting made the right call to spend so many years in TNA in the mid 2000s? Personally, I’ll always be a little sad we never got Sting and the Undertaker at Wrestlemania.

This october, my wife and I will be watching an horror oriented movies everyday as a part of the 31 days of Halloween.

I’m currently preparing my watchlist, do you guys have any recommendations? (Horror/suspense/horror comedy/monster movie).

By the way, do you guys have a Letterboxd account? Here’s my list so far: ‎31 jours d'Halloween 2022, a list of films by Guillaume Vézeau • Letterboxd

Hope you both are doing well. Thanks again for the Starrcade review, had a fun time discussing the event.

I was just curious about navigating relationships with media colleagues when they transition and work for wrestling/combat sports promotions or organizations. Did you guys find it difficult regarding communication or was it easier as they had a better understanding of what being part of the media entails when it came to doing your job?

The one that comes to mind is Court Bauer and John doing Bauer and Pollock (always enjoyed the king and the fish) and then Court restarting MLW.

Also John, for your DropBox issue moving files between computers, you could do network drive that you can access between all the computers on your network. You can just connect a USB hard drive to a port on your router and it should just set itself up and you can see it in File Explorer. Let me know if you need any help with it.

First up, can I just say how much I enjoyed Dad chat the other week, I could seriously relate and it was a fun listen. Congrats on the new born Wai.

My question is a Wrestling related one and bit of a two parter.

If Cody is cleared by Survivor Series could you see him being brought in as a surpise 5th entrant for War Games, given his link with the match type, or do you see them holding him off till the Rumble as the surprise entrant and winner? If the latter, how do you think that affects Roman and the titles if the WWE do manage to get The Rock for Mania?

Keep up the great work. Thanks very much.

What is the softest thing you own?

How could Sting have been booked better in 1998? The year started with him recovering from both his personal issues and the bungling of the Starrcade 1997 finish, but even allowing for both of these, the speed at which he cooled off was surprising given how hot he’d been for all of the previous year. He had a lackluster rematch with Hogan, a short and unmemorable title run, and was in the Wolfpac for most of the back half of the year not doing much of note, including a let down of a match with Bret.

While, like Goldberg after the streak, some cooling down was likely inevitable, and given that it was taking place while this same streak was the focus of the world title picture, what could have been done differently, in your opinions?

If you could be a contestant on a game show, which would you choose?

This is a bit of a grim question, but what are your thoughts on a performer’s level of stardom being a deciding factor behind the type of tribute they are given when passing away as an active roster member? (for example, a full tribute episode VS just a graphic or opening moment of silence) I know that’s just kind of the way things are, but I’m curious to hear your thoughts

Everyone always talking about which stars gained the most from Hunter taking over, who in your opinion has lost the most?

Interested to know what you think a heel Orange Cassidy looks like. Would it be as simple as a character than just constantly runs about?

Out of the 90s New Japan Musketeers - Chono, Hashimoto and Muto - do you have a personal favourite? Any particular matches from those eras that you really like? It’s a bit confusing how Hashimoto isn’t adored in the West like in Japan.

A completely random question - so feel free to skip over quickly - but have you had any encounters with radio host Greg Brady? Is he well known in Torontonian sports jouranlism/presenter circles?

Reason I ask is he often appears on one of my favourite radio shows over here in the UK and is always very entertaining.

Did you celebrate Halloween when you were a kid? If so, what was your favorite costume you ever wore?

Which of the new crop of New Japan Young Lions looks to you guys as having the most potential? This does not include guys currently on their excursion.

What did you think of Ariel’s Tony Khan interview and his subsequent ‘rant’? Personally I thought Tony totally misread the room thinking he could do a standard promotional interview on Ariel’s platform and he was right to call him out after the fact. How would deal with such an interviewee?