I will only accept his removal Joe didn’t want to do commentary anymore.

Sure would preferred to have seen Otis/Tucker stay together and same with the IICONIC’s.

WWE sure knows how to waste a good thing…

And now there’s the other IIconic.

Ouch. She cut a banging promo the other week too I saw online.

Bryan and Edge got cleared. Christian got cleared. I refuse to believe Joe is not getting cleared by a doctor to wrestle again. Whether that is in 2 months or 2 years, the man will wrestle again. We’ve seen it happen over and over again from people who want to get back in the ring. 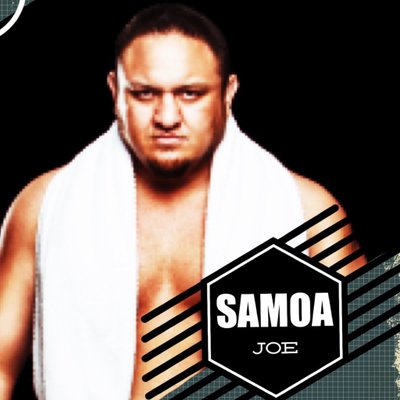 WWE just views 95 per cent of the talent as completely interchangeable. That’s why no one is booked to stand out. They can just call up cheaper NXT talent but eventually that well is going to run dry especially if they keep treating talent like this

I should probably wait to see whatever the full list winds up being, but…I mean…aren’t most of these interchangeable to everyone else’s honest eyes too?

I love Joe. Was super excited about him signing. But if you’re looking at Joe the wrestler, that’s the exceptional part. The commentator? I like a lot too. But they do have Nigel, who is great, just sitting around doing one UK date a month and is probably on a far cheaper announcer deal, so anyone can kind of see how that interchangeability works.

Maybe that’ll change as the day goes on, but I’m not sure I get the standing out stuff being connected to this so far. Just another adjacent issue with the product, if anything. I hope this is the end of the list so far, because whether or not they’re big stars or bottom of the ladder people, I don’t want to see anyone be released.

Devalued Talent. Go back and read my outrage of the talent allowing themselves to be devalued by agreeing to all those nutty 3rd party deals. They are agreeing to changing the profession so they are interchangeable pawns for the WWE chess masters.

Joe vs. Punk in ROH anyone?
Let them take the first 50k buys and split a million $ to re-create the magic for one night?
(50k buys * 20$ = $1mil, ROH should take rev above that, this is similar to the rough and rowdy deal with Conseco). (I say this, because $500k for one night for both men seems like the right kinda money for Punk to come back + he has already tweeted about Joe and I could see him opting for ROH to control things vs. joining AEW or returning to WWE)…sorry to tinfoil hat.

Joe vs. Punk in ROH anyone?

We’re eventually going to need another thread for this list, but let me be the one who adds Joe vs. Shingo to the dream pile.

I wonder what factor, if any, that 3rd party deal thing played in Big Show and Christian seeking employment elsewhere. If you are a legend backstage not being used, and you seek outside things, and have to split that revenue with a company who doesn’t want to use you in their own product, why the F would you stay? I mean, at some point WWE’s cushy pay day is gonna be less than what you can command on the open market without splitting it with Vince. Didn’t Show just sign on to do something with the Fast franchise?

All these talents named, to be honest, should probably have realized this already and asked for releases.

I’m wondering if the Joe situation is somewhat analogous to Savage’s. Ie, the Fed wanting him to transition exclusively to commentary, and Joe knowing that he still has lots of gas in the tank. In any case, he’ll be able to write his own ticket to anywhere he chooses.

Another thing I don’t understand is having two women’s tag divisions and releasing the iconics, Mickie James and Chelsea Green.

The women’s tag matches at mania exposed just how bad that division is so I don’t know how releasing those talents helps that.

That cartoon is coming out this week, so gotta figure he was able to have that outside venture while in WWE.

I’m not gonna argue the problems with the third party ban, but I do think we miss some of the discussion on the issue when we ignore the obvious positive of why you stay on with WWE, which is them being this huge vehicle that tends to get you noticed or help you make connections to start opportunities elsewhere (Sasha, an exception). I don’t think that’s a small thing that goes into the thinking of performers who go there. Not every wrestler out in the open is going to have opportunities flooding into them just because they’re not affiliated with WWE. And for a lot of the media ventures who would hire them, that connection is something they desire.

Agreed. I was specifically thinking of Christian and Big Show who are established in the industry and entertainment world and likely not being pushed by WWE to star in things except maybe international media appearances.

But yeah, this crop of talent, they aren’t getting the same opportunities without connected to WWE in the entertainment world, except in my opinion, if they were going to thrive in those roles they will wind up getting them (i.e. Sasha)

I want to see Joe go to AEW just to see how Rick Moranis’s brother from another mother, Booker of the Year, can f&@k him up. They’ll have him feuding with Orange Cassidy over whether a coconut or orange is better.

I don’t believe its budget cuts, I think saying that is just WWE’s way of trying to sound nice. I think the real reason is they would rather have new young talent in their spots. Similar to an NFL team cutting guys after the draft. I get it to a degree, there are only so many spots, but some of these I think are a mistake.

With that said, the Joe one is shocking. He was great on commentary and in the ring. If if Vince didn’t want him in the main roster, put him in NXT. I wonder if it was because he wanted to wrestle, and they wanted him on commentary.

So not being on this list…we gotta assume Aleister Black is actually coming back soon, right?