The match between Brock Lesnar and Cain Velasquez is expected to take place later this month at WWE’s Crown Jewel event in Riyadh, Saudi Arabia.

Dave Meltzer confirmed that this was the plan, and we were told the same of the intentions to do the match on October 31st.

Velasquez noted the deal with WWE to appear came within the last 24-hours after the sides had been in negotiations. Those within the company were hopeful he would be appearing on Friday’s show throughout the week, but Velasquez added that he is not officially signed with WWE. When asked about the potential of going to AEW, he pretty much shut that down and said, “it will probably be WWE.”

The UFC does not appear to be any type of hurdle in making this transition. Velasquez spoke to UFC president Dana White and said White loves what he’s doing and is happy for Velasquez. The former two-time heavyweight champion signed a new contract with UFC and had the first fight of that deal this past February where he lost to Francis Ngannou in 26 seconds this past February.

Mike Bohn of MMA Junkie is reporting that Velasquez intends to remove himself from the USADA testing pool, which would indicate he is stepping away from MMA from the immediate future. Once a fighter removes themselves from the pool, to re-enter, the must go through four-months of testing before they are eligible to compete again.

Well, that really puts a damper on things. In a perfect world, they would find a way to keep the two apart until Wrestlemania.

I guess no one is immune to Saudi blood money.

Yeah, I am adamantly against these Saudi shows and have not watched any of them since Khasoggi’s murder (Happy one-year anniversary on that by the way!). I would have liked to have seen this match saved for a more substantial show, not a circus show done for blood money.

I’m sure this makes sense as far as financials, contracts, etc. But as a fan who doesn’t care about that stuff and just wants an entertaining product, this seems stupid. Hopefully it plays out better than it seems right now.

Also, as somebody who doesn’t care about MMA, Velasquez is just another guy to prove that the less you wrestle, the better at it you are in the WWE Universe. Between part-timers, retired wrestlers and celebrities/athletes who aren’t wrestlers yet, the only thing protecting the main roster talent at all is the fact that none of the aforementioned groups want to work every week.

The US has forgiven them including the President. I think everyone else holding a huge grudge over this doesn’t make sense in that context.

It’s one thing to not like the WWE product and not to support the network. Now that this issue has been squashed by the President I think holding or punishing the WWE for it makes no sense.

I’m not trying to get political… But let’s not say the US President forgiving somebody is the meter for which people choose to make moral decisions.

These Saudi shows are getting the matches that make Wrtestlemania special:

The POTUS does not speak for everyone in the US, especially the current one.

He speaks on behalf of your country. He’s elected by you guys. He has said there is no evidence to blame MBS or the SA government for this. You can personally object if you want of course but the WWE is doing nothing wrong running these shows when the POTUS has said it’s fine. There is no higher authority for them so why shouldn’t they run these shows?

Alex, you are tremendous.

I AM personally objecting!

Also, and this is the last I’ll speak on this, but US presidential elections aren’t cut and dry. 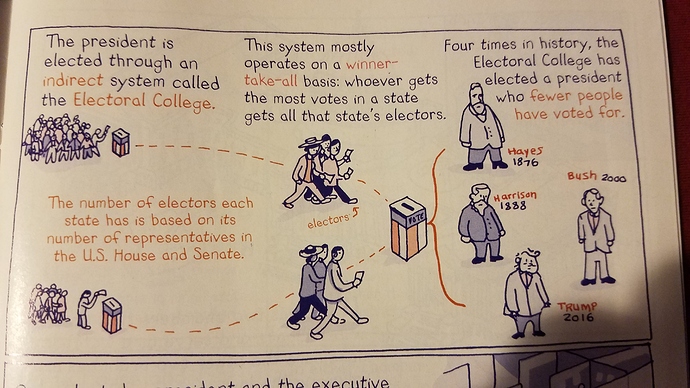 If you are coming here to cut heel promos, you are doing a spectacular job.

What the WWE is doing isn’t illegal. That doesn’t mean it is good optics or something many people are in favor of. I wouldn’t look to the American government though as a bastion for holding the Saudi’s accountable for their actions. What the US government has forgiven big oil money for some shady crap? Shocking! As for us voting for him you know that less than 25% of the population voted for Trump. That hardly makes him the Representative of all of America. I mean that isn’t even really the job of the president.

To pay for Cain they will use Saudi Money. Makes business sense. I’m also wondering if they think that because it’s been a year it’s been enough time to stop tip toeing around the Saudi thing. Given their PR strategies it would not surprise me they think internally people have moved on and forgot the Saudi controversy. (See Hogan, Hulk)

The main thing this thread has taught me is that people still don’t know what the term “blood money” means… They heard it referred to in a different story regarding Saudi Arabia (The US government accepting money for weapons so Saudi Arabia can bomb Yemen) and they’re applying to anything regarding Saudi Arabia, even a business transaction with WWE. Even Kenny Omega is too stupid to know what a common term like “blood money” means.

You can still criticise the deal for whatever reason you want but try and make sense. Please people, just use Google before using words and terms you don’t understand.

He speaks on behalf of your country. He’s elected by you guys.