John Pollock and Wai Ting discuss NXT TakeOver: USA and its very divisive “One Final Beat” main event between Tommaso Ciampa vs. Johnny Gargano. We then open up the phone lines and take your thoughts about the concept of Cinematic Wrestling as a whole.

Music: “Down In New Orleans” by Giorgio Di Campo for freesoundmusic.eu

You guys have the most diverse callers and I love it, I loved those back to back film calls. On a few things for the guy who asked about AEW and Draws 2 things 1 the Cody/Darby and Jericho/Jungle Boy (I thought you were saying Johnny Good Boy) those records are from 2019 and don’t play a factor in the rankings. 2 on draws in general it is an American sports thing to be anti-tie, I have friends I follow on twitter from being NFL and NBA fans their always up early Saturdays tweeting about the premiere league and when those games end in ties they are so content with the outcome. Without sounding like an ignorant American which I am that just blows my mind, you slept in on a Friday night to see your favorite team and are good with a tie, as a matter of fact this happened in the NFL where a team went for it on 4th down in overtime instead of punting, the other team got the ball and won. When the coach was asked why didn’t he punt the ball he said I play to win.

So this isn’t political just factual, the reason WWE is running shows in Florida is because the lockdowns are not mandatory the Governor of Florida Ron DeSantis seen in the photos below (Which I can not stress this enough are not photoshopped) wearing only one glove and touching his face, is a big Trump guy and is following his lead in downplaying a reaction to it. Again this isn’t political just factual look at the states with Democratic Governors who’ve done mandatory lockdowns and Republican ones who have not. So WWE could run shows with wrestlers in the crowd for noise if they want to without penalty. 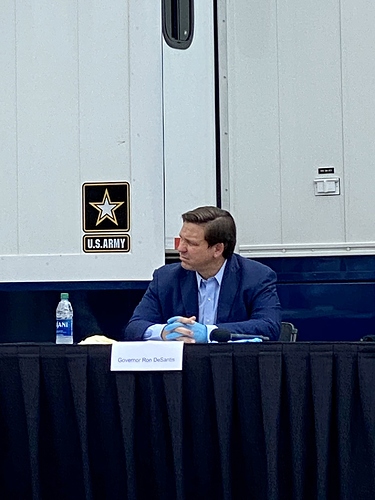 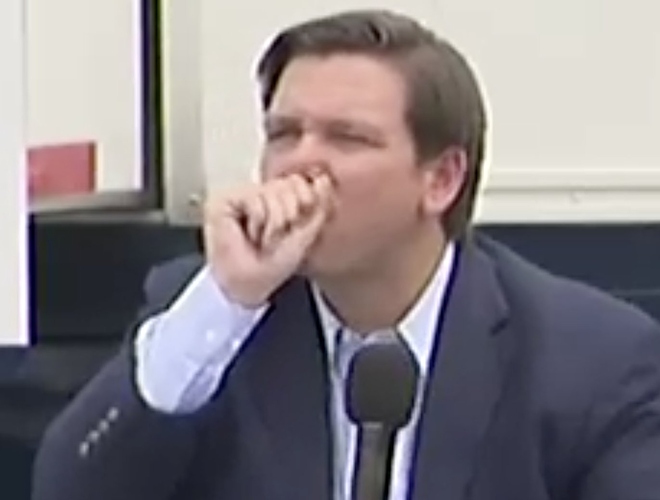 Time limit draws are nothing new. JCP used them a lot, in fact perhaps too much on their syndicated programming in 1988. They definitely should be used more as they are another finish (plus hopefully it would cut the number of matches that go too long if they made tv matches a 15 minute time limit).

I find myself seemingly on a island unto myself. I loved Gargano vs. Ciampa. I think it was the perfect approach for NXT to take in this ‘cinematic style’. It felt like a fight, just shot real fancy like. NXT hasn’t been the place for outrageous/wacky things for the most part. And that is what they did: treated this match seriously with a visual styles as such. It wasn’t perfect, but I was engaged the entire time and left satisfied.

The Firefly Fun House Match I very much disliked. To me it was a step beyond what I am willing to accept in WWE. I can see why people like it. However, it just doesn’t fit with the rest of WWE, even with it clear sports entertainment overtones. The Boneyard Match was a better fit, because even in its wacky tricks (fire, the symbol, AJ being dead) feel at home in WWE.

And to be clear, I’m not saying that the Firefly match wouldn’t work for me in wrestling. If this happened in Lucha Underground, I probably would have loved it. But that would have been side-by-side with a zombies, lizard people, magic gloves and time travel. A vision quest into the depths of Cena’s mind slides right in without notice.

I don’t know. At the end of the day, we like what we like. If cinematic wrestling is the way forward, I want more Ciampa/Garganos and less Fireflies. And seemingly I am the only one.

I liked Gargano v Ciampa but felt it was too long with too many commercials. 20 mins with one break would have been plenty. Like the whole Truck portion could be cut at no cost to the match it did nothing. There is a part of me (were I at all talented in video editing) that wants to cut the match down. Take out the breaks and about 20 mins of the fight and see how it feels.