Stardom will hold its annual Cinderella one-day tournament on March 24 at Korakuen Hall. This is their first show at Korakuen Hall since their No People Gate show (March 8) and the first show featuring fans in attendance since the February 16 show at Shin-Kiba 1st Ring.

This follows a trend in Japanese pro wrestling of returning to “normalcy” since the outbreak of the Coronavirus in Asia and subsequently throughout the rest of the world by having shows that fans can attend.

Safety measures that Stardom will take include having people’s temperatures taken and if anyone has a body temperature of 37°C (98.6°F) then they will be denied entry. Face masks will be handed out to fans who don’t have their own and will be required to be worn in Korakuen Hall and photos with the wrestlers will not be permitted.

Entry will be staggered so fans are not crowding the entrances. To that end doors open at 2 pm and the start time is at 6:30 pm. Fans are also encouraged to take the stairs and use the elevators as little as possible.

For those unfamiliar with the Cinderella tournament, it is one of two annual tournaments the company puts on, the other being the 5-Star Gran Prix (their version of the G1 Climax essentially). It is a one-day, single-elimination tournament. The winner receives a ball gown (no seriously) and a “wish” usually in the form of a title shot of their choosing.

Jushin Thunder Liger will return to Stardom as a special guest (he was great as a commentator and an “audience member” at No People Gate). 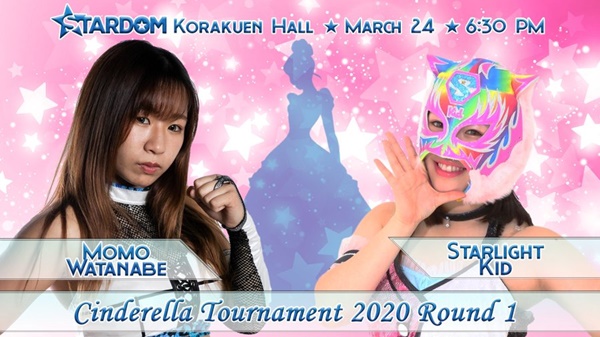 Momo Watanabe was the 2018 winner. She is a former Wonder of Stardom Champion and the successor of Io Shirai as leader of Queen’s Quest. One of the best wrestlers in the company she’s well known for her stiff kicks and high impact moves.

Starlight Kid is still in her teens and is already a 4-year veteran in the company. One of the brightest prospects for Stardom, she is a high-speed aerial artist with a ton of babyface charisma. 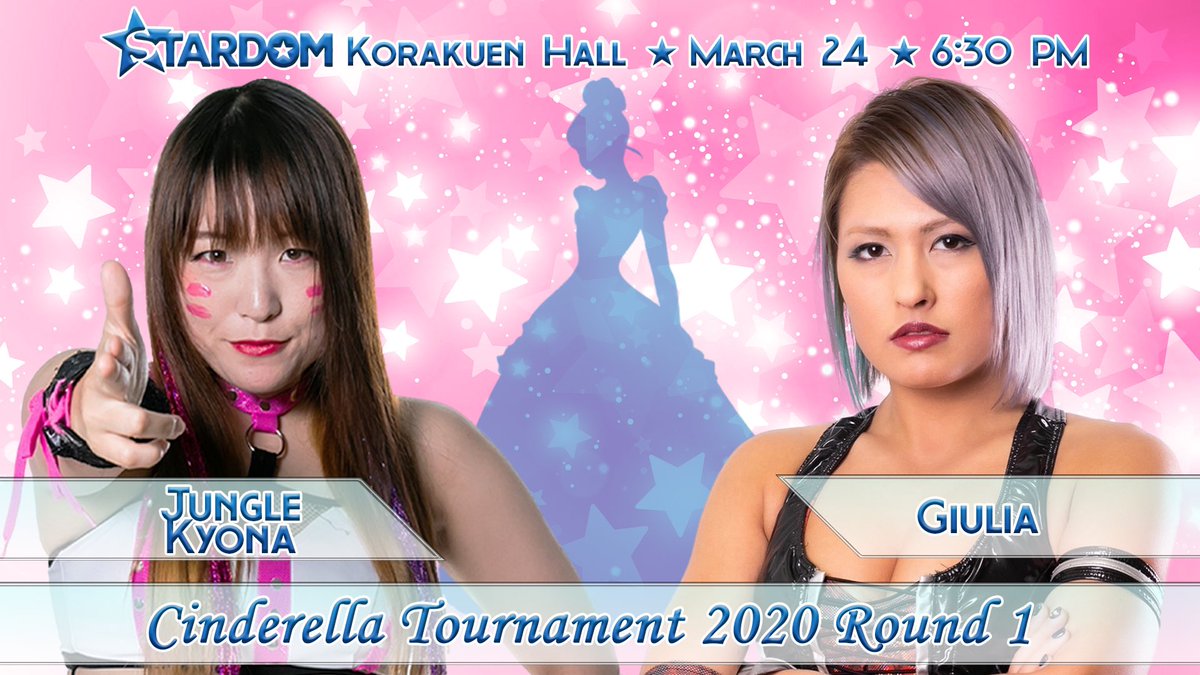 Jungle Kyona is a perennial member of Stardom’s mid-card just waiting for the opportunity to break into the upper echelon. A power-based wrestler who tends to dominate her opponents with her strength. Currently a key member of the Tokyo Cyber Squad. She spent most of 2019 in an excellent championship tag team with Konami.

Giulia was a roster member of rival promotion, Ice Ribbon before jumping ship to Stardom in controversial fashion. She was immediately pushed to the upper portion of the promotion with an initial feud with Hana Kimura. She formed her own unit, Donna del Mundo with Maika and Syuir Kondo and they are the current Artist of Stardom trios champions. Overall a solid wrestler with nothing, in particular, standing out but she has a charisma that fans have latched onto. 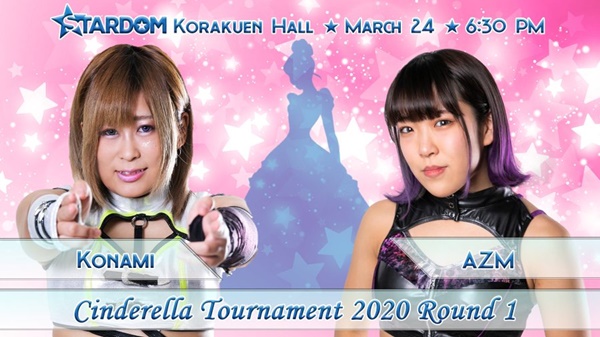 Konami is a protege of WWE’s Asuka and her style really reflects that. An excellent striker and submission wrestler she is someone I see being a top-level singles champion in Stardom. Always remember that her Triangle Lancer submission is 100%.

At the age of 17 AZM (pronounced A-zoo-me) is already a 6-year veteran of Stardom. Paired as a rival with Starlight Kid she exhibits a bratty heelish character that is incredibly popular with the fans. Like Starlight, AZM uses a high-paced aerial offense. 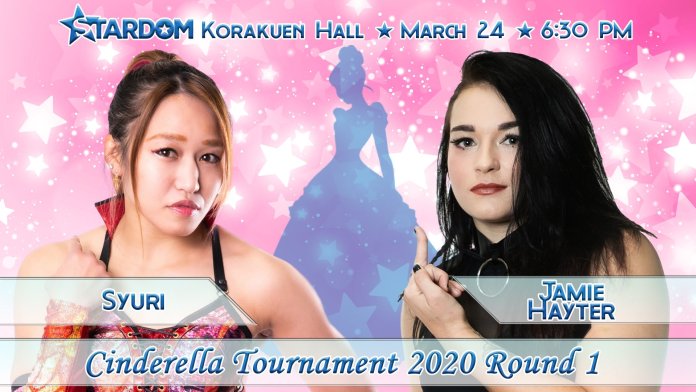 Syuri Kondo was originally trained by TAJIRI and is a 12-year veteran of Joshi Puroresu having worked in a multitude of promotions in Japan and in Mexico. She transitioned into shoot boxing and MMA (in Pancrase and the UFC). She started making regular appearances with Stardom by joining forces with Giulia and Maika in Donna del Mundo and is ⅓ of the Artist of Stardom Champions.

Jamie Hayter is a UK-based wrestler who made her debut in 2015. She worked for various promotions such as EVE and RevPro before becoming a regular with Stardom in 2018. She’s also appeared on NXT UK and AEW Dynamite. She is a member of the heelish Oedo Tai faction and is ½ of the Goddess of Stardom Tag Team Champions with Bea Priestly. A very good well-rounded wrestler with loads of heel charisma she is someone Stardom is obviously very high on. 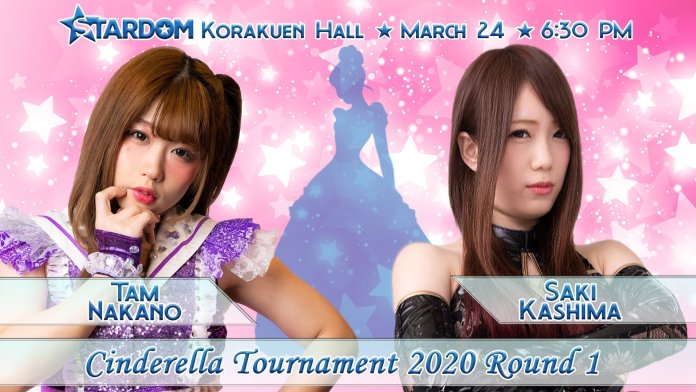 Tam Nakano uses a Kung fu based offense with lots of kicks mixed with high-risk top rope moves. She showed great improvement in her feud of sorts with Arisa Hoshiki and has had excellent matches with various opponents including Kagetsu.

Saki Kashima recently turned heel on her best friend, Mayu Iwatani and joined up with Oedo Tai. A decent performer with not much standing out about her. I’m hoping this heel run will bring out an edge and intensity to her in-ring that I think she is sorely lacking. 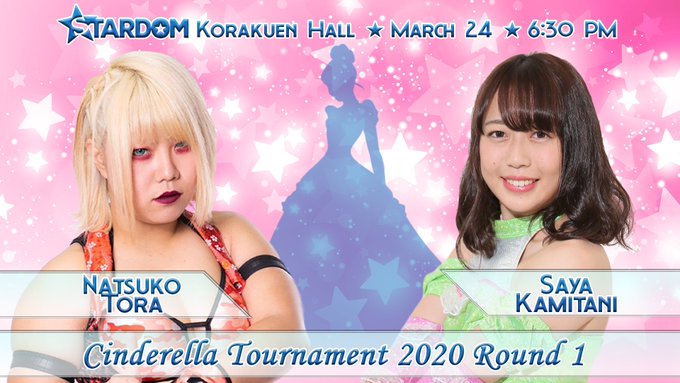 Natsuko Tora was drafted into Oedo Tai in last year’s Stardom draft and saw her stock rise to the point where she is now the leader of the faction. A decent power-based brawler who is getting a big push as of late.

Saya Kamitani is a first-year rookie and is being given a big push right out of the gate. She recently joined Queen’s Quest and is slated to team with Utami Hayashishita to challenge for the Tag Team Titles soon. While still green she shows great promise with her high-flying style and has an impressive standing Shooting Star Press. 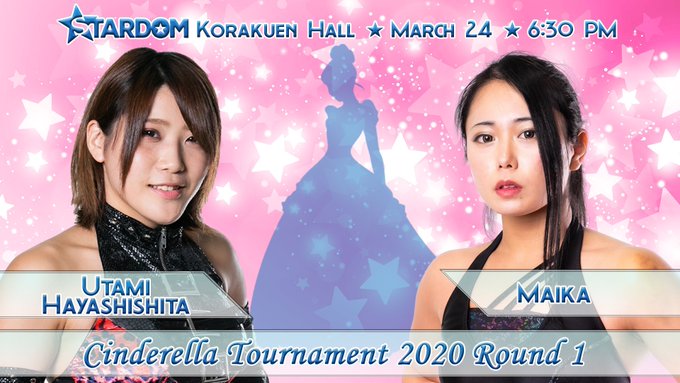 Utami Hayashita continues her meteoric rise through Stardom with less than 2 years under her belt since debuting. Already has held the Artist, Goddess, Future and SWA titles in Stardom. She also held the main title of the EVE promotion in the UK. A prodigy in wrestling, Utami already wrestles like a seasoned veteran. Deceptively strong she possesses a formidable striking and high impact arsenal of moves.

Maika is a TAKA Michinoku trainee and comes from his JUST TAP OUT promotion. A member of Donna del Mundo she is the least experienced member with just a little less than a year under her belt. 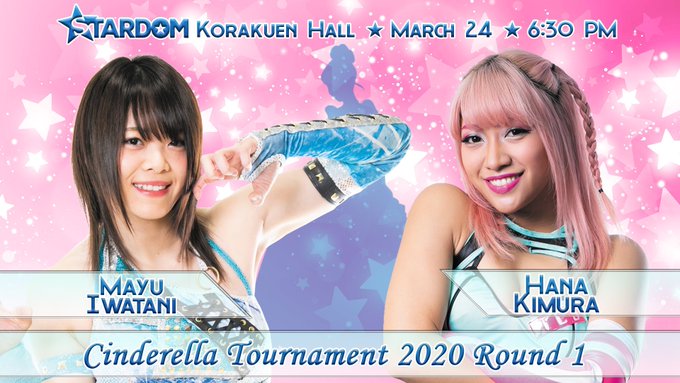 Mayu Iwatani is the current World of Stardom Champion and the biggest star in the company. One of the best wrestlers in the world right now mixing strikes, brawling and a daredevil aerial move set.

Hana Kimura is arguably the second biggest star in the company and a crossover celebrity with her recent run on Terrace House. A very diverse wrestler who leans towards being a brawler.

Thanks to Matt McEwen for proofreading and editing help.