What are some cheesy but awesome classic wrestling themes you really enjoyed? Here’s a list of a few of my favorites:

"The Man Called Sting " "Steiner line " anything with cheesy lyrics. Johnny b. Badd

These are easily the top two for me

I am a fan of the classic cheesy WCW themes (Rude’s is now in my head thank you) but for me it has to be:

It was crap but it was darn catchy. 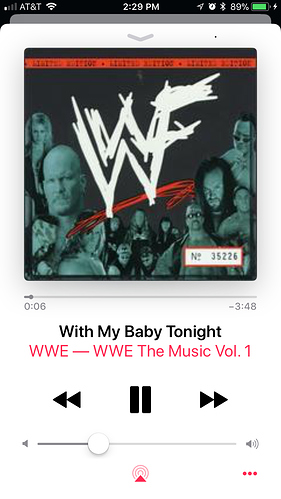 I had The Wrestling Album and Piledriver when I was a kid, so all the tracks from those including you this classic https://youtu.be/1bNr3144GDI.

He’s a maaaan,you know the rest

Ricky Steamboat WCW ‘Slam Jam’ Theme. The lyrics “Loves his wife and son and does the best he can.” must have struck fear into his opponents.

You really can’t go wrong with the fabulous rogeau’s theme all american boys. This was such a catchy theme song and the fact that they would made fun of american without theme knowing about it made it one of my favorite theme.

Clasp your hands together and drop your head …