The next episode of Steve Austin’s Broken Skull Sessions is set to feature AEW performer Chris Jericho as the guest streaming over WrestleMania Weekend.

The news of Austin’s next guest was teased with a countdown clock over the past 24 hours with the familiar sound effect used for Jericho’s initial countdown clock and entrance video.

It’s a stark contrast to the usual WWE policy of not acknowledging its competition but given the importance of the launch on Peacock, it’s a very savvy move to maximize interest for WWE’s biggest weekend of the year.

No foolin’ around here. You’re gonna get … IT! 🤯 @IAmJericho joins @steveaustinBSR on the next #BrokenSkullSessions, premiering Sunday, April 11 on @PeacockTV in the U.S. and @WWENetwork everywhere else! pic.twitter.com/fQPzQ3QBDW

The episode will stream on Sunday, April 11th, the same day as Night 2 of WrestleMania 37 from Raymond James Stadium.

Jericho last wrestled for WWE in 2018 at The Greatest Royal Rumble in Saudi Arabia while also competing for New Japan Pro Wrestling during the time. Jericho signed with the upstart AEW promotion in January 2019 and became the group’s first champion in August of that year.

He first entered WWE in August 1999 for his first run that lasted through August 2005 when he took a two-year hiatus, returning in November 2007 and had his most successful period feuding with Shawn Michaels and becoming the top heel in the company.

Wow! Not a lot of things shock me in wrestling anymore, this legitimately is shocking!

That is going to be must watch, let’s hope it’s live

The forbidden door is open.

I’m sure Tony Khan is delighted… Other than his name value, I wonder if Tony is happy to have Jericho around.

Vince will own AEW within 5 years,clever boy.

If this is opening up Pandora’s box, I would love to see Khan on there next.

Stone Cold said he asked Vince 2 or 3 times just to make sure he was ok with it.

What is Austin’s idea?

It was very nice of Vince to see the ratings struggles AEW has been having lately on Wednesdays and throw them a bone. Who says he isn’t a caring guy?

I thought it was nice of TK to lend one of his biggest stars to help that fledgling Peacock app out. They’re the Impact of streaming networks

Just goes to show how insignificant a competition Vinnie Mac views AEW as. And who can argue?

I remember the “they got 1.4mil with the first show, they’ll be taking over the world in no time!” days. Never underestimate desperate, delusional wrestling fans.

I don’t get why you guys take every chance you get to take shots at AEW. When they do something shitty and you watched the product, by all means criticize as they should be fair game. But these comments just sounds like jabs for the sake of taking jabs.

For the record, I know there are many that are just as annoying with these kinda of jabs towards WWE, But that doesn’t make it less annoying for the rest of us who just want to rationally discuss wrestling.

Thank God there is AEW for wrestlers that wish to be more creative. It’s great for them. I very much prefer NXT and I only cherry pick AEW matches as most of it is not my thing. But something like AEW has to exist with the current wrestling landscape.

100%! Its better for the entire business to have competition to WWE. Hell, its better for WWE whether they like it or not.

Sammy Guevara getting a little shout out here. 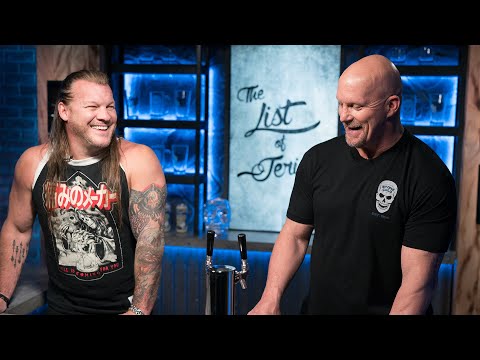 So has anybody else watched it? What did you think?

Chris Jericho did NOT headline the Tokyo Dome three years in a row.