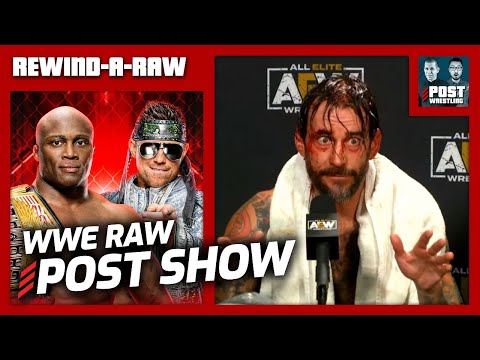 John Pollock and Wai Ting chat WWE Raw from Kansas City featuring Bobby Lashley vs. The Miz in a Steel Cage match for the U.S. title.

They also chat about the fallout from Sunday’s All Out event and explosive press conference after the event and CM Punk’s comments.

Plus, patron feedback from https://forum.postwrestling.com/

Just like I mentioned before… how John and wai has completely disregarded all the short comings of Tony khan. How biased can you be? How can you talk about Aew issues for close to an hour without mentioning the obvious fact that Aew lacks leadership?

Tony khan as a leader of that locker room has been a poster boy of Amateur hour. His lack of leadership and control over the wrestlers are the main reason for the divided locker room.

I don’t disagree with parts of your point as I do think that at times Tony Khan has acted unprofessionally (he can be a complete idiot on Twitter), but John and Wai have pointed this out many times. Off the top of my head, they called him out when made his stupid comments towards Big Swole, and more recently Khan made some stupid anti WWE comment (I believe it was when the Vince stuff first came out) and I remember Wai specifically made a comment putting down what he said. They dont shy away from AEW criticism like many other journalists/fans do.

I am not going to mention the work in the ring and the number of botches… and the quality of matches.

If this doesn’t show lack of leadership, I don’t know what will?? In the middle of all of this is one man. It’s Tony khan. TONY KHAN CLEARLY CANT CONTROL THESE GUYS.

Hadn’t heard the Tony Khan quotes until listening to this show. I feel like he meant to sound determined and motivated, but “I’m rich so I’ll win” comes off to me like a spoiled brat having a hissy fit. Will need to go back and hear the full thing.

John saying ‘Why Papi, why?’ In that Dom voice nearly broke me on my lunch break.

Calm down bro. Its fucking wrestling.

Dude it’s a bunch of guys who fake fight for a living. Sometimes it becomes real lol. They aren’t baking cupcakes. Tony can only do so much

I listened to Observer Radio and Live and We’re live pal where Bryan called it a sad situation, Zarian ggoing “What about Discovery/Warner you might mess up your next deal” I appreciated Wai bringing up the Hip Hop element of the beef intensifying it. We cant be the people who watch Dark Side of the ring and know the stories of Dynamite kid and the roll of quarters, Shawn pulling out Bret’s hair story y, story x and freak out over 4 of the pettiest dudes in wrestling. Im fine with it

Jesus. Weird reports of Daniels accompanying Elite into locker room and Meghna talking to Bucks and leading Larry to safety before this went down 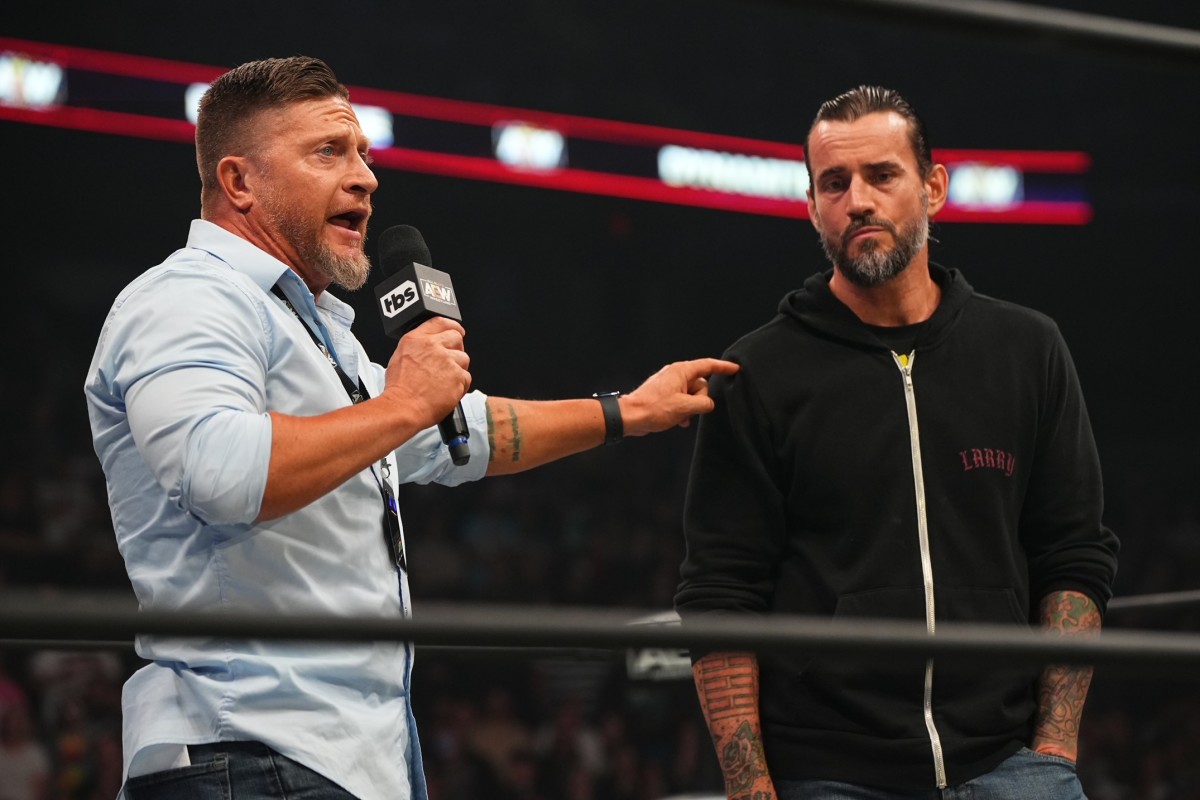 Report: CM Punk & Ace Steel to be suspended or fired by AEW

SI is reporting seven others have been suspended.

Well, the CM Punk experiment was fun while it lasted… But the promotion was doing great before him, and I imagine won’t miss a beat without him.

Hopefully he puts over MJF on the way out.

Unfortunately, Punk went scorched earth with his premeditated speech he gave during the scrum. He knew exactly what he was doing and the position he was putting Tony in.

Obviously, I’m not believing this to be a work anymore. That all said, there are boatloads of money to be made if these people could ever get on the same page.

I would book MJF vs winner of Mox vs Wardlow

Is the chairman gimmick still tasteful after that ?

Welcome to the Miserable World of CM Punk

The Grievance King Brings His Toxic Act to AEW

Worse, none of this makes any sense. Punk’s grievances sounded like the delusions of a madman. He detailed a leak designed to make him look bad—but there’s no evidence that this even happened. If so, it didn’t work.

No one was talking about Page’s months-old promo that supposedly had Punk so riled. It hadn’t created a ripple of discontent. If it was a “thing”, it was because Punk himself had made it one in an angry in-ring, out-of-continuity rant. MJF had referenced the Cabana lawsuit much more explicitly earlier in the year on television. Eddie Kingston told Punk to his face, much like Page did, that the locker room didn’t want him there. So what was so different here besides Punk seeing an opportunity to throw his weight around at the expense of people he saw as rivals?

Because it’s trendy at the moment, Punk has embraced the cult of Bret Hart, seeing something of himself in the legendary wrestler who was battered by the machine. But Bret wasn’t a cynical bully, selectively picking targets, loudly stating who he would and wouldn’t do business with or threatening to go home or discover an injury when the booking didn’t land his way. CM Punk isn’t Bret Hart. He’s Shawn Michaels at his most destructive and diva-ish worst.

I agree with most of this. I can’t speak to if the elite did or did not leak anything, because that is something only they know. But the end of this with the comparison to 90’s HBK is spot on.

Thanks for sharing that. You know - I can’t honestly argue.

He’s a petty narcissistic human being at the best of times. He thought he could be a UFC fighter based on nothingness and has literally possibly been fired from two large companies now despite being a huge draw.

He needs counselling and probably a therapist and psychiatrist to help him work through whatever issues he has.

There was no need to go after the Elite and Hangman here. He gave MJF and Eddie a pass on something far worse. And he also basically got his receipt for Hangman already. He was supposed to be building a match with MJF. Not tearing him and everyone down and brining up ghosts of days gone past.

He sat next to his boss and basically tore apart his whole roster and executive structure as being incompetent pricks.

I’ll be honest - in any walk of like none of us would do that in a public forum.

With all the comparisons to Vince letting people off the hook who fought - no one would sit to him at a press conference and bad mouth all his executives and top talent like that.

Tony perhaps gave Punk the illusion he was the cool boss and he could get away with murder. I’m glad he’s standing up to him and others now.