Just noticed this thread. I got back into comics earlier this year. I have quite the collection for someone who has only just started regularly reading comics back in January 2018.

I regularly read DC mostly: I’ve been reading many of the “New Age of Heroes” books and despite the general reaction, I enjoy most of them namely “The Silencer”

I’ve read all of Snyder’s New 52 Batman saga, it was amazing.

I’ve picked up Geoff John’s Green Lantern Omnibus series and I am working my way through the “Blackest Night” arc and enjoying it. I am currently reading Valiant books starting back on their world reboot from 2000’s

So Glad people are responding in this right now. I also learned my vocabulary from comics. I learned compound words from the 1960’s Batman show like Catwoman, Batman, etc. The 1980’s Alan Moore stuff was like my Citizen Kane or War and Peace for me in terms of fiction and structure, symbolism etc.

Doctor Strange (starting with next issue)

Justice League (Can I add Odyssey and Dark when they come out?)

Superman and Man of Steel

I’m also reading Fantastic Four and Marvel Two-in-One, as well as Mr. Miracle over in DC.

Justice League Dark is on Issue 4 right now, and is having their first big event “The Witching Hour” which is a story crossover into Wonder Women.

Great time to get into either book if you are interested.

I agree that art is critical for a comic book to work. It’s been that way since the first comic books appeared. The comic books from the Golden Age, Silver Age, Bronze Age up to the dawn of the Modern Age in 1985 had classic art that was responsible for the sale of the books.

However, with all due respect, I have to disagree with you regarding the balance of art to words when comparing pre-Modern Age comic books to Modern Age publications from 1985 to present. Your example strikes me as atypical and cherry picked to make your argument that Modern Age comic books have as many words as the bygone eras.

Both are typical of their eras and the Silver Age “Lois Lane” had four or five times the words and dialogue than the Modern Age Punisher comic book. After taking photos of both books I went through a dozen or so copies of Silver Age Jimmy Olsens and Lois Lanes. All had the same huge amount of text that you can see in the pics below. 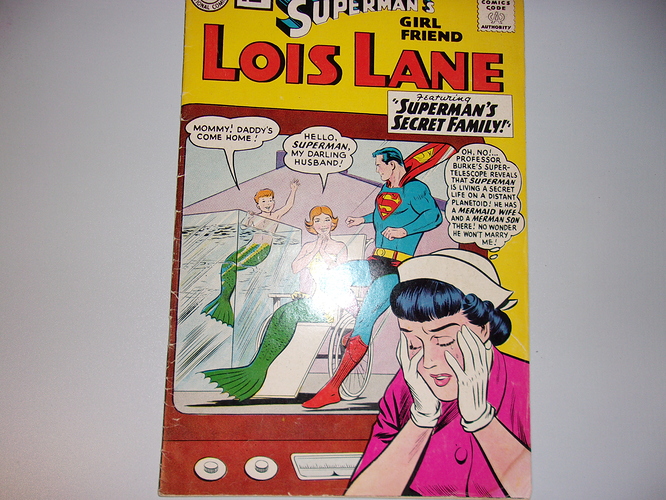 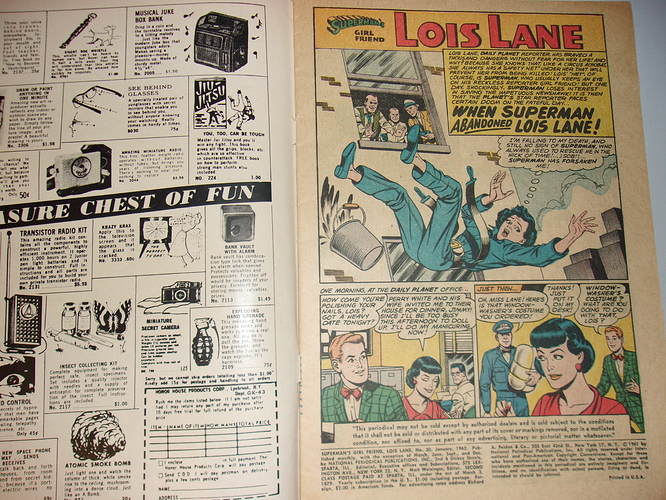 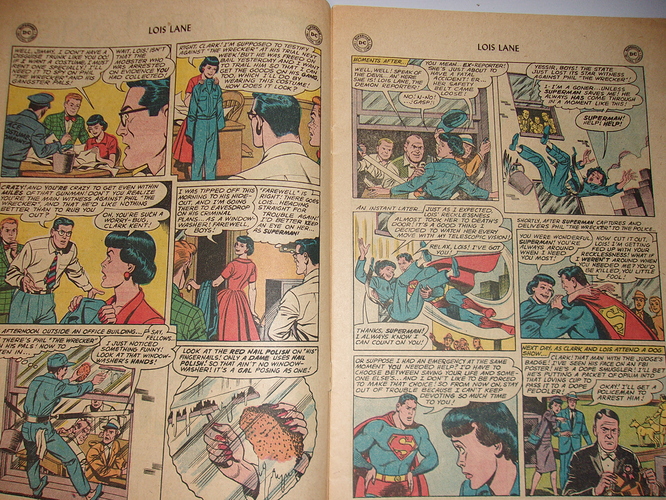 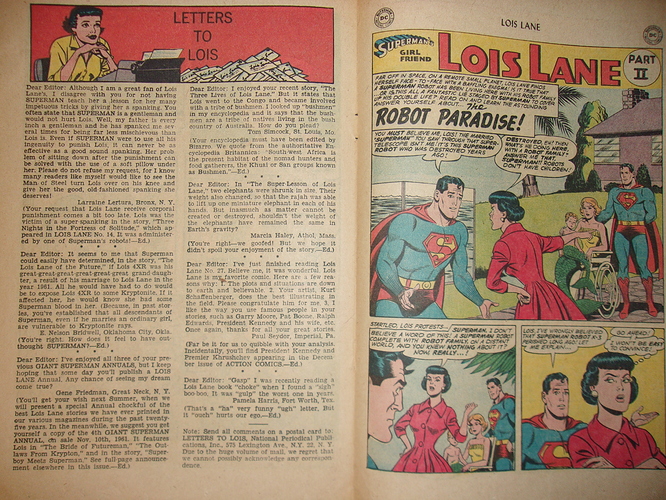 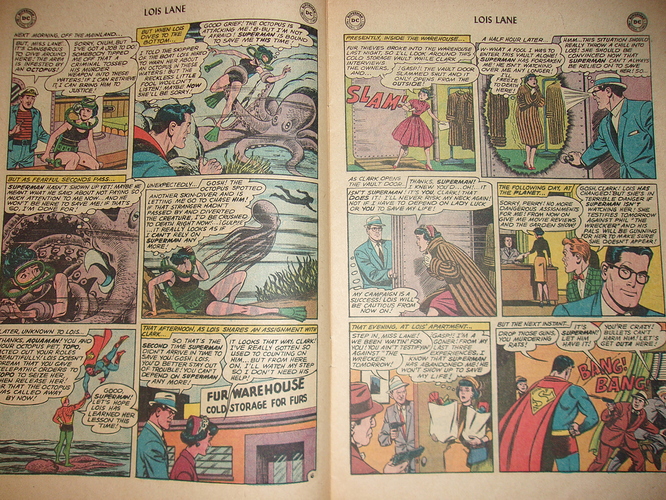 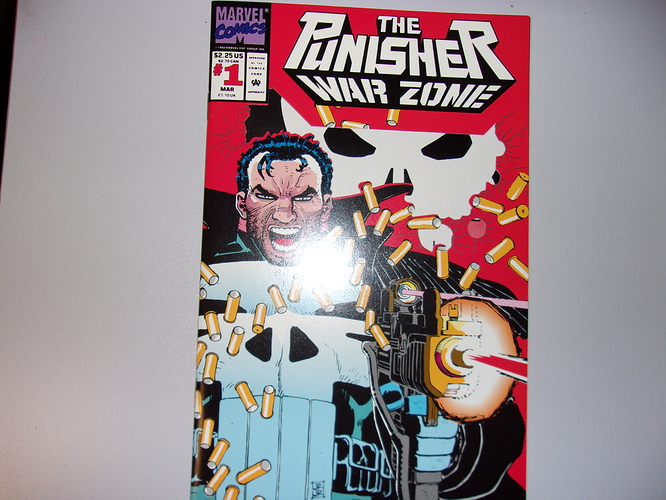 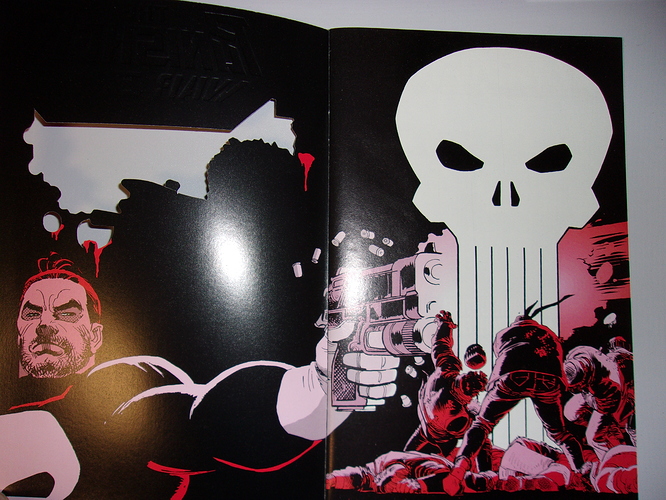 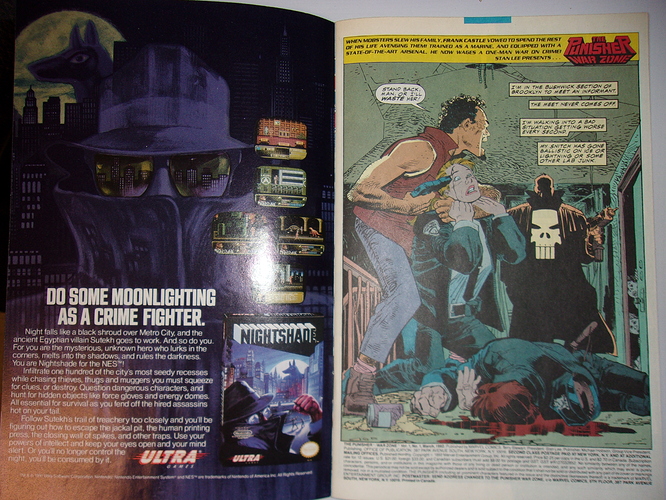 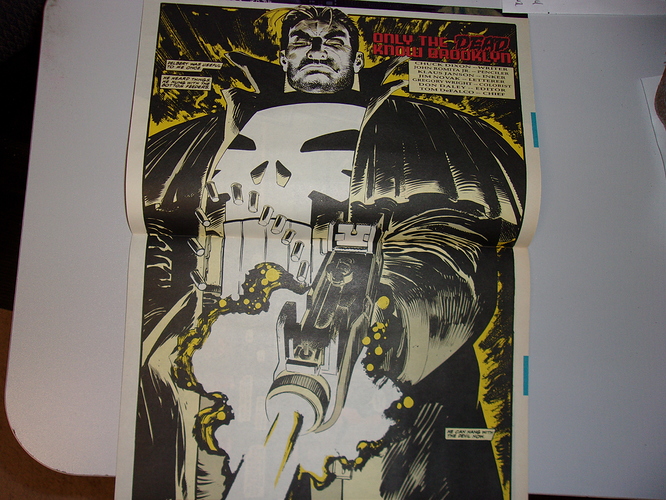 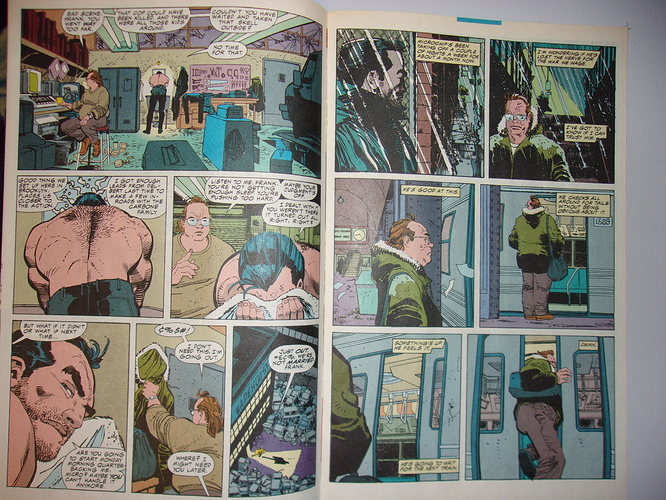 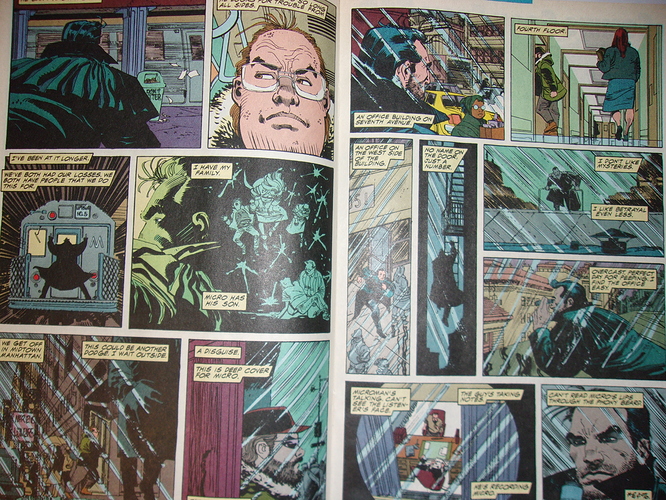 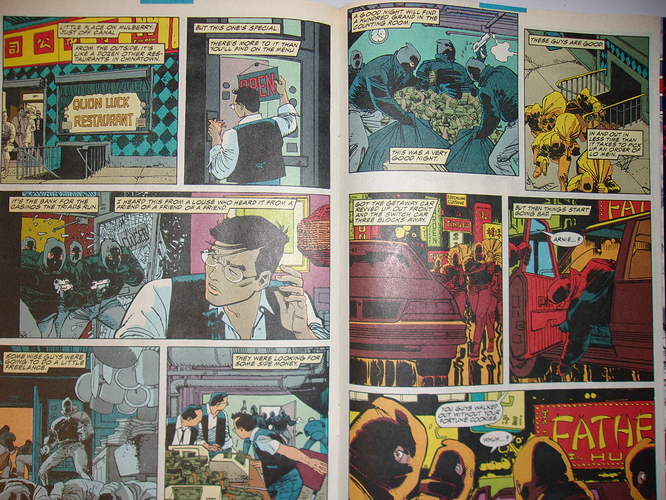 In the comparison between the modern era and the silver age i’ll concede my point. I haven’t flipped through a lot of silver age books recently. I had forgotten just how much like illustrated mini-novels they were. The storytelling today and use of text boxes and thought bubbles are certainly very different today.

That is a good looking Punisher book though. I haven’t enjoyed much of John Romita Jr’s recent art but it really works here with George Wright’s colors and Klaus Janson’s inking. And Chuck Dixon is one of my favorite writers. I’ll have to go back and read this book on Marvel Unlimited.

I see you’re an xmen guy. Lets talk Uncanny when it comes out. Im behind and lost interest on blue and gold but feel Red is still going strong. Also like life of Captain Marvel and Multiple Man!

Totally agree. It started off well but since the young x-men was Bendis’s idea and he left before having a chance to wrap up the storyline it feels meandering now and has spread to screw up the other X-men books. Add in the inhumans stuff Marvel was doing and the whole mutant corner of the Marvel comics was an impenetrable mess to me.

Instead I’ve been going back and reading old x-men books on Marvel Unlimited. Some of them like God Loves Man Kills are still really good while some (like the Inferno storyline) were a slog to get through. I’m up to Onslaught right now.

When I got Marvel Unlimited I started reading every X-Men story from House of M (2005) and onward. I’m currently at Battle of the Atom September 2013.

Bendis fucked up. I love him and Jason Aaron. But they routinely play with time. I know future and past stories have no consequences. Just wasting pages on my comic. This Extermination mini-series is fixing all of that. issue 4 was incredible

I like Jason Aaron, and Donny Cates for Marvel aside from them I can’t think of a Marvel book I read regularly. X-Men just didn’t hit the mark for me, I am willing to give the new reformed X-Men book coming soon a shot, because it should reunite an older team.

I keep trying Marvel books and keep getting let down. Venom and Avengers are the two best I am reading. I had to give up on ASM, Immortal Hulk, etc.

God Bless Bendis but he was not a good fit as an xmen writer. I disagree with @MrMulligan on his Superman stuff but I dont have much of an history with that character.

@zekey have you read Aaron’s Wolverine and the xmen stuff. That run was tremendous!

On my way to the comic shop for my pull list, remembering the Grant Morrison has his Hal Jordan run starting today so I get to look forward to that.

I can’t wait to read it too! 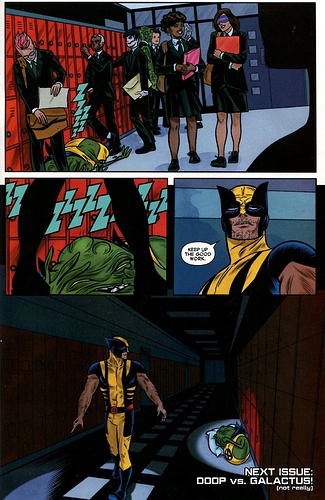 I’m in the middle of Wolverine & the X-Men. I’m still waiting on this advertised epic between Galactus and Doop

Edit: I’ve got 3 more issues to go. I like young mutants, but hate what will happen. They’ll get the Surge treatment. She was a leader, and since Messiah Complex her team are only ever used for background. X-23 was the only one from that class to be elevated. Pixie, Armor, Cukoos, Rockslide, Hellion, Anole, Elixir, Dust, Mercury, Gentle, Prodigy, Indra, Blindfold, Bling! need to graduate or die. Kill them off to get some heat.

I see Quentin Quire on the covers of West Coast Avengers so I know he’s the MVP. The rest here ALL flop. I would call the run tremendous too… and meaningless.

Did Stan Lee die? Is this true?

The feisty writer, editor and publisher was responsible for such iconic characters as Spider-Man, the X-Men, Thor, Iron Man, Black Panther and the Fantastic Four — 'nuff said.

It certainly seems so. Although I haven’t seen Marvel put out any kind of statement yet which I think is unusual.

Edit: Update from Marvel seems to confirm the news. https://www.marvel.com/remembering_stan_lee

Either way RIP Stan. It seems like he had been sick for awhile so to me this isn’t unexpected. I’m glad I got to see him at the Dallas Comic Con earlier this year which I think was one of his last conventions. Hopefully he passed away peacefully with the family we know he loved so much knowing that his creativity has been an inspiration for multiple generations.

95 years is a helluva run…although it’s tragic he couldn’t enjoy the last few of those. Being ripped off and taken advantage of by shady fucks who were supposed to take care of him

Not many people can legitimately say they left a dent in this world…Stan Lee is one of them. And unlike any religion…he can be credited for creating universes.