Dana White in process of securing an island for Int'l fights

UFC president Dana White is confident that as of April 18th, the UFC will be back up and running after securing an undisclosed venue and in the process of securing a private island.

In speaking with TMZ, White stated they have secured a location for the next two months, which is rumored to be on the West Coast but we don’t have confirmation of the location. White says they will be setting up shop from this area for two months and running cards regularly.

This comes after Monday’s news that UFC 249 is taking place on Saturday, April 18th and headlined by Tony Ferguson and Justin Gaethje with the winner becoming the interim lightweight champion.

I can’t. I’ve seen so many sick people with this. I’ve called families who can’t see a loved one in the ICU dying. This guy wants to circumvent the rules. I really hope no one gets sick from this. It’s disgusting

Even if one of the fighters get sick. I have a feeling Dana White will still stage another event.

This just goes to show how desperate Endeavor is to get out from debt. Dana is getting the brunt of the blame since he’s the public figurehead. But Ari Emmanuel and Patrick Whitesell needs to start taking some of the blame. They own the company for crying outloud.

This sounds like the plot of a bad action movie. Or the plans of a terrible Bond villain. “My private island where I will fly people in from all over the world” what could go wrong?

This sounds like the plot of a bad action movie. Or the plans of a terrible Bond villain. “My private island where I will fly people in from all over the world” what could go wrong?

That movie existS. Although I thought it was pretty good. 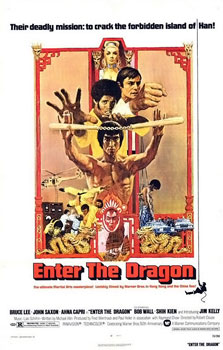 I don’t know what shocked me most in this; that Dana White actually will do this or that Vince McMahon wasn’t the man who thought about it first.

This is beyond now. The guy is finding ridiculous scenarios to facilitate being a fucking idiot.

I don’t see how anyone can think this is clever or support the UFC through this.

I hope the fighters have enough sense to show him the finger. This is greed on another level.

Well Vince Mcmahons product is FAKE. So he didn’t really need to come up with the idea in the first place.

What’s that validity of the sport or product got to do with social distancing?

Never had much of an interest in UFC… But eagerly looking forward to UFC Fyre Fest.

I think their point about “Fake” has to do with Dana circumventing Fight Commissions. Vince doesn’t have to do that.

The first Mortal Kombat movie came to mind for me as well.

Same with me complete with Dana in the role of Shang Tsung talking to the fighters “Your Soul is mine!”

Fighter’s lose the fight, they lose their souls… only on Pay Per View.

But in all seriousness though, this is just getting insane, when something like this which is a total movie plot is becoming real life, it’s just going too far.

I wonder if MITB ends up on UFC island…

Does this make Dana White a supervillain or something?

Oh goody one of these guys

Ah movies and tv shows are FAKE also kid. Does that make them any less? Calm down son.

Huh? Of course its fake…

And I’m not disputing it. I’m merely asking what its got to do with social distancing.