DX to be inducted into the WWE Hall of Fame

The WWE announced Monday that DX will be inducted as a group into the WWE Hall of Fame over WrestleMania weekend at the Barclays Center in Brooklyn, New York.

The group entering the Hall of Fame will consist of Triple H, Shawn Michaels, Billy Gunn, Road Dogg, and the late Joanie Laurer a.k.a. Chyna.

News of the group’s induction began to circulate Sunday evening from a local ad that was out promoting DX entering the Hall of Fame.

On Monday, the news was made official by the WWE with a story on ESPN, including an interview with Paul Levesque on the group and the decision to include Chyna:

When I said a few years ago on the Austin podcast, or show, or whatever you want to call it, there’s complexities around it. But absolutely, definitely deserves to be in there. It’d be tough to pick a female that was more impactful on the business.

There’s more complexity to that than meets the eye, but here we are. I’m just happy that it’s here. I’m happy for her family, the people that she was close to, that hopefully, this is super meaningful to them. I know it would be to her. It’s a great thing — very deserving.

The group initially consisted of Michaels, Triple H, Chyna, and Rick Rude, the latter leaving in late 1997 to join World Championship Wrestling. Following Michaels’ serious back injury and departure from in-ring competition in 1998, Hunter took over the group and added the New Age Outlaws and a returning Sean Waltman to the stable.

Waltman returned to the company the night after WrestleMania 14 in March 1998 and cut a scathing promo about his time in WCW, and insulted Hulk Hogan and Eric Bischoff. The company was heating up and was coming off the fumes of WrestleMania and the publicity Mike Tyson generated along with a red hot babyface in Steve Austin becoming WWF champion. Two weeks later, the company beat out Monday Nitro in the ratings on the April 13, 1998 episode built around the tease of Steve Austin wrestling Vince McMahon in the main event.

As the company heated up, DX was a big part of the presentation along with Austin, The Rock, Mankind, Sable and Vince McMahon as the major characters on the show.

In 1998, house show attendance skyrocketed with their average jumping from 5,826 in 1997 up to 10,006 the following year, according to the Wrestling Observer Newsletter.

In 1999, the group fractured as Triple H turned heel at a time when DX merchandise was red hot. The other members continued to be marketed as DX until reuniting as a heel group under Triple H, who was aligned with Vince McMahon in the fall of 1999.

In 2006, a reunion of Shawn Michaels and Triple H as DX sparked business as the two feuded with the Spirit Squad, Vince and Shane McMahon, and later the team of Edge and Randy Orton. Triple H suffered a second torn quad during a January 2007 pay-per-view match that halted plans and took him off television until August that year.

Over the past few years, there were several DX reunions on television with Road Dogg and Billy Gunn brought back to the company but none of the reunions ever included Chyna. Gunn was released by the company in November 2015 and is now serving as a producer with All Elite Wrestling.

Joanie Laurer died in April 2016 and had been pushing to be brought back by the company and inducted into the Hall of Fame.

The announcement of their induction coincides with tickets to the Hall of Fame going on sale this Friday at Noon Eastern.

The Hall of Fame ceremony will take place Saturday, April 6th from the Barclays Center.

I know not everyone is a fan of inducting groups into the WWE Hall of Fame but I’ve never had a problem with it. Having guys like Ric Flair, Hogan, Shawn Michaels, etc. as multi-time Hall of Famers in my mind does elevate them into their own class above some of the other inductees as having a huge impact on pro-wrestling.

And this is the perfect way to induct Chyna while focusing on her work with DX and avoiding the seedier side of her history.

Nice to see Chyna finally get into the HOF as part of the DX group, but she should also be inducted on her own. There was much more to her career than just the DX run.

. Btw, does the induction also include Tori and Jason Sensation?

Would be fairly hypocritical to include Waltman and leave out Chyna. Wonder how much attention she’ll get in the speech, though.

Actually I didn’t even realize it at first but X-Pac isn’t on the list of inductees??? @johnpollock Is that right? Seems really weird to not include him. 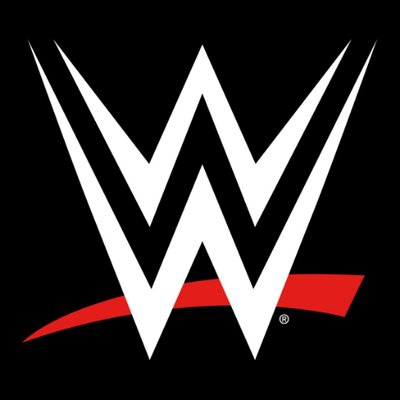 X Pac in the hall of fame is more surprising than Chyna.

If only the principles were still with us, they could include Jim Neidhart in the induction, then have Chyna nail him with a low blow at the end.

Never was for Chyna being inducted as a solo act, but i don’T mind it as much as part of DX mostly because she was a big part of the early success of the group and somebody that really look the part at the time. In a way, by doing this, they are pleasing but side of the wrestling community, those that wanted Chyna to be inducted are getting their wish and at the same time you don’t piss off those that didn’t want her near the HOF.

Is this a way to get Chyna in the hall of fame and not have to have a big to do about it? I feel like she will be a paragraph is a speech that focuses on what Michaels and HHH have accomplished. Instead of having some just induct her with a speech.

Good for them though, finally getting in.

I hate that Tori was not even mentioned as part of the group. She was also part of this huge achieve for female wrestlers.
In the other hand I hate that they were so arrogant and refuse to induct Chyna by herself, she deserves it!!

Tori sucked and was part of a terrible period for DX.

I don’t know now but i know that when she died and WWE release the tribute video that a lot of fans and performers where angry at WWE for even doing a tribute video for her. Maybe the feeling on her has change since then i don’t know but i feel that’S why they are testing the water with this DX induction.

The whole thing with Chyna is because both HHH and Steph screwed her over. And I have a feeling that when Chyna’s name gets mentioned, it becomes more of an admission of the wrongdoing, on the couple’s end. And tbh, which is pretty bad. I totally forgot that Rick Rude was part of the original DX faction.

Yeah I get ya. I think this is a case of time heals all wounds. Really, outside of women haters and 30 year old Incels, I can’t see anyone being upset with Chyna in the HOF in 2019.

If we’re going to add an ethics clause to the WWE Hall of Fame, it’s eventually going to get down to just Mick Foley (most highlights in black and white only) and Connor the Crusher as the only inductees.