Haven’t Jerry Lawler and Vince McMahon both been accused of sexual assault as well? For Vince, I’m referencing the incident he had in the mid-2000’s at a tanning salon, not the Nailz sexual assault claim.

It’s interesting how Enzo has basically been barred from wrestling yet two powerful figureheads in wrestling seem to have made it out OK.

Wrestling has always had different standards for upper and lower card talent. Vince was just talking about how in his XFL he wasn’t going to employ anyone with a drinking and driving charge, and yet how many of his stars get those and don’t have it affect their pushes or tv time at all.

Actually, she hasn’t come out and said she made everything up. She’s still standing by her story. The authorities are just saying there’s not enough evidence to proceed

Sorry, just saw John already said this in the comments. I apologize

it’s because people liked them.

Actually, she hasn’t come out and said she made everything up. She’s still standing by her story. The authorities are just saying there’s not enough evidence to proceed

Which is pretty much exactly what I said in this post would happen. I don’t mean to sound pessimistic but I saw this coming a mile away.

I think Enzo just wasn’t the right hill for his defenders to die on, innocent or not.

He had put himself at risk for bad press with the rumblings of his ego and his alleged attitude, that it was hard to say he’s worth a second chance even if this story absolves him of legal consequence.

I know there’s a sentiment that behavioral clauses are bullshit, and that how a person chooses to spend their free time is their own business, but when you’re a public figure, you have a mediocum of responsibility to at least minimize your exposure to these sorts of allegations.

If it’d been a Randy Orton or John Cena accused, sure, there’d be a double-standard, but that doesn’t mean the company was entirely wrong to have cut ties with Enzo given the information they’d had at the time. I compare it to the Rich Swann case, where there was a complaint that was later dropped, but that doesn’t entirely absolve his role in how the situation had developed, especially when his standing in the company (rightly or wrongly) didn’t give the company any reason to stand by him, given the facts presented.

Wasn’t Enzo’s release largely due to him neglecting to tell WWE of the case? If he’d admitted he was under investigation as soon as it happened they probably would’ve suspended him rather than fired him.

Not that there aren’t huge double standards for stuff like this.

As far as the reason WWE gave as to why they fired him, the statement Enzo released suggests he wasn’t aware of any investigation until the girl tweeted out her allegations which I don’t totally buy but that’s the position he’s taking.

He’s not coming back…this was just the right thing to pull the trigger on something they were looking to do for a long time.

Before fans start chanting for Enzo … 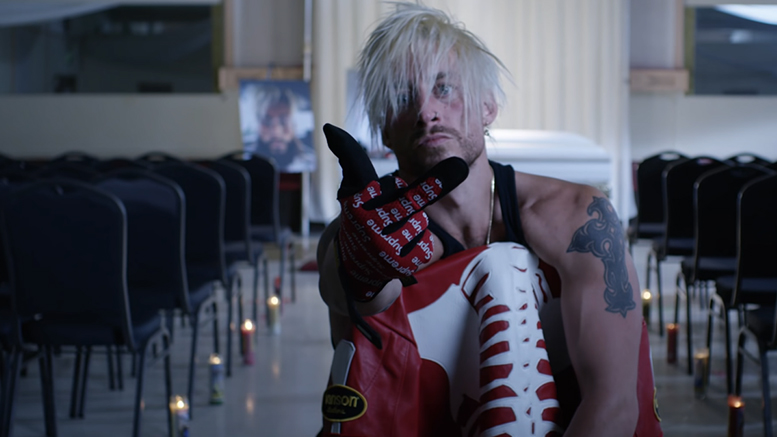 Enzo Amore -- now going by the name Real1 -- is speaking out against the girl who accused him of rape in the video for his debut rap song called "Phoenix."

Even though no charges came out of the case, this is pretty low.

Holy shit that was awful. Like not even awful in a funny way, but awful like three men dressed up as Bobby Lashley’s sister’s awful.

And somewhere, the person who invented trolling on the internet just sat down in awe.

Well he may or may not have done what he done in Phoenix…but he’s definitely guilty of raping my ears.

He said “work on your enunciation and have some damn class. You can keep the beat.”

I see this moving forward in one of two ways

I watched his music video. It has more salt than a 1998 Bret Hart interview.

Saying you support the ‘me too’ movement in a diss track about a woman who accussed you of sexual assault is a bit tone deaf.

I know it’s subjective and some people might like the song but I thought it was really bad. And I listen to a lot of US Rap.