Leave us your feedback on AEW Dynamite. 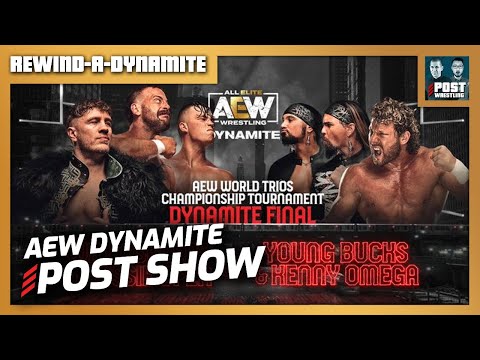 Did Excalibur just beat his own record by reading off matches for 4 different nights in record speed?

Match of the night for me was the fatal 4 way. Dante was impressive.

Maybe it was just the tv feed but it sounded like the pop for FTR was louder than Punk.

They really crafted a great babyface comeback story in which the hero showed genuine vulnerability, but is determined to overcome his obstacles and compete for the city he loves.
. . .unfortunately, Phil Brooks is so petulant and unprofessional that fans thought he was planning a heel turn two weeks ago. But it was just his inherent disagreeability shining through.

All Out looks like a great card, but I’m not really looking forward to the main event. I really hope the Trios Final is a showpiece for Hangman. When Punk won the title, I wrote that I feared that Hangman would be relegated to being a background player. Sometimes it’s a curse being right all the time, y’know?

Does AEW not think that 5 people on commentary is a bit much?

Confused booking as all heck. Was last week just to give Mox “his moment”? Or do you really think Punk will lose in Chicago? I don’t, I sense Punk winning but MJF closing the show over Punk. Mox was pissed when they cut him early on his promo

Wardlow’s booking since winning the title is another confusing booking. Back to back appearances of squash matches. That is not needed from your TNT Champ.

Lastly… shoutout to the guy with the PostWrestling hat in the front row during the main event! Wai, John really didn’t let you get into a groove. 14 matches total, 3 on the pre show we are in for a long Sunday night!!

Tonight’s go-home show really landed for me. I was already excited for All Out despite the unorthodox twists and turns during the build up. But with the card now all but locked in, I think it would be tough for even the most critical of AEW fans to not be excited for the show.

And after tonight, I can’t wait to see what the atmosphere will be like for the main event. Tonight was not the clear cut, home town reception that Punk usually receives. And that can make for a very interesting dynamic on Sunday if replicated.

Looking forward to the coverage this weekend. Thanks again for what you guys do, and welcome back Father Ting!

Fun episode tonight. I’m loving the Jericho/Danielson/Garcia story right now. Two of the best wrestlers in the world are feuding and the whole story revolves around younger talent. Looking forward to where they go with Danial Garcia.

I was cringing at the start of the CM Punk promo waiting for the inevitable swerve of Punk signing up for his rematch, but the way they used Ace Steel was some fantastic storytelling. Gave me goosebumps. The trios match split my mind in half, and I’m loving the seeds being planted for the Ospreay vs Kenny match.

John, thank you for interviewing Michael Landsberg. I grew up a big fan of Off the Record. This is an important topic, and I’m really curious to learn more about the Sick Not Weak initiative.

The Garcia - Jericho identity conflict is delicious. It is like a “coming out of the closet” story but within a pro wrestling context. We as the audience just want that moment where Daniel stands up to his overbearing “Sports Entertainment” father and admits that he is a pro wrestler. Be brave Danny! You’re a wrestler!

I am glad Hangman joined with Dark Order in the end, he was teasing joining the Bucks but that would not have made sense considering their betrayal of him and Hangman would have looked like an A-hole if he did. I really want Dark Order to take the trios titles.

Hi guys - great to see you both. I have two quick points tonight…

First, the taser spot on tonight’s Dynamite was historic - electrocution in pro wrestling is typically way overdone, like Sgt Slaughter or Goldberg. Preston Vance’s performance tonight was the complete opposite, and I really appreciated that.

Last, John’s interview with Michael Landsberg is outstanding. Off the Record was appointment viewing for our generation of Canadian wrestling fans, and I found this interview to be a passing of the torch. Cheers to John for resisting the opportunity to respond or interject when Michael Landsberg began to expound on Jeff Marek’s career and Live Audio Wrestling. A true lesson in restraint that we can all learn from.

Dynamite made great use of Ace Steele being the Mickey to Punk’s Rocky Balboa motivating him to accept the rematch vs Moxley. I was a little apprehensive about burning the match through on TV last week but the promos from both Punk and Mox did enough to sell me on it (it can’t be 3 minutes again)

The Garcia/JAS story’s reaching its apex and I bet Garcia will stop running from what he really is. Danielson could give him the nudge on Sunday.

Other than that, the 4-way match and the 6-man main event were damn good.

Hey dudes! Congratulations Wai! Hope your enjoying every second of it. Hardest part isnt the kid, its your parents. Good luck navigating those waters my friend!

Dynamite was a great show with the highlight for me having a show long angle to build to the main event. With todays attention spans, announcing the match 4 days out gives plenty of time to promote.

Curious to hear your thoughts on debuting Morrissey on a go-home show. Seems out of left field as we usually get debuts on the show coming out of a PPV, but I enjoyed the different approach.

I don’t know anything about Ace Steele but I’m definitely going to remember his contribution to this feud for as long as I remember anything (which, admittedly, is less than it used to be). I think the big “Chicago proud” element of Punk’s promo confirms him as a babyface this weekend but quite possibly a heel in every other city.

Stokeley Hathaway’s stable of the Gunns, Moriarty, and now Morrissey does follow the pattern of AEW groups with a big guy, a tag team, a mid card single, and a major singles star, which would mean there’s room for one more. I’d say MJF but putting him and Stokeley in the same group seems like a waste.

I saw someone float the idea of Eddie as the surprise entrant in the ladder match, setting up a title shot for Arthur Ashe. Might be a good swerve without relying on the need for a big debut. (Although I still think it might be Ospreay.)

Tonight’s show has me more excited for All Out than I was going in, so for me, that makes it a success. 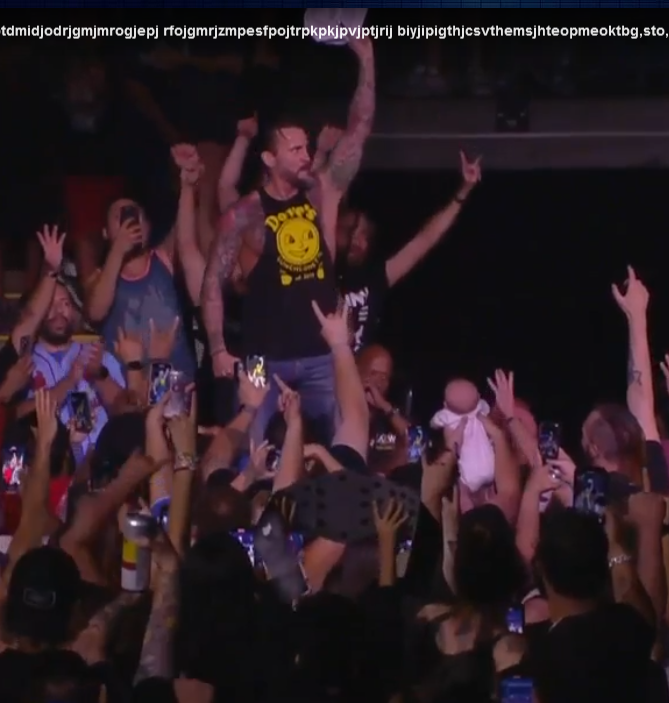 @
why is this baby hanging out with cm punk 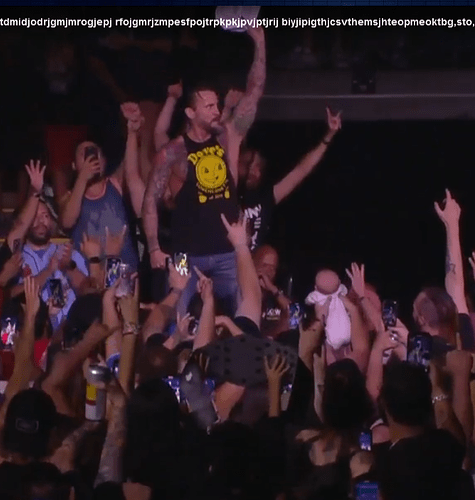 Siino Fact: Ren Jones who was in the six-man once wrestled on 205 Live as ‘Tripp Bradshaw’ solely because JBL tripped on his way to the ring the week prior. 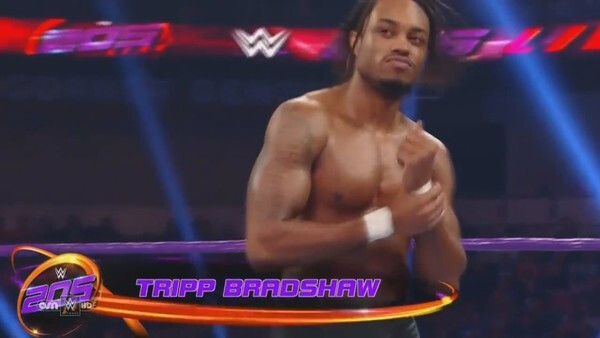 Mox’s promo was fire. And the elusive build in this program worked so well.

Just wanted to give the live perspective and my goodness was it electric live. Killer promos tonight. I have enjoyed Mox’s title run right now. I don’t want it to come to an end but hey if Ace Steel didn’t get you pumped, I don’t know what to tell you. And seeing the crowd roaring with Punk was just magic to see. The Acclaimed, Best Friends, Orange Cassidy got huge pops from us for Elevation after the show.

Main event got all of us on our feets, it was one of the best main events I’ve seen live in a while. Extended United Empire beatdown of the Elite after the show went off the air. Incredible main event and great episode of Dynamite live.