What did you think of AEW Rampage “The First Dance”?

I watched a grown ass man cry for the return of his favourite wrestler.

Feels good to be a fan tonight!

I’m so used to being letdown - I was ready for it. Then I read Tony Khan comments about not letting the fans down and I believed him. I signed up for Fite this afternoon, set my alarm clock for 2:30am and rang fellow Patron James Rose until he woke up.

What a moment! Everything was perfect. Doing it first and not letting the fans spoil a match. The music. The logos. The absolute roar. The promo.

It could not have gone better.

AEW Rampage
That entrance and the fans reaction gave me goose bumps and it feels good to be a professional wrestling fan right now.

Since 2011 I have loved pro wrestling for 3 reasons:
CM Punk
Post Wrestling (found you guys right after the Pipe Bomb)
The Elite (Being the Elite and by extension now AEW).

2 of those things came together tonight, and I’m about to tune in to you guys discuss CM Punk 10+ years later after I did for the first time.

As someone currently disinterested in most of wrestling, that opening segment did exactly what AEW would want it to do for me. They’ve got my interest and PPV money for the time being, solely because of one man. CM Punk helped reignite and carry my wrestling fandom once before, let’s see if he can do it again.

No joke, they should bring ice cream bars to every town. Change the merch game forever.

My wrestling dark period was during punks run, so I missed all of it. But the guy is a legend, and you don’t need to see a legend to know of them. Tonight was electric. And I felt that crowd to the point where I had to replay the pop over and over just to feel it. I haven’t felt that way in wrestling for two decades. Tonight was a big deal, and it made me feel like a kid again. This is a new era of AEW, this is a new era of wrestling. I’m just so pumped. That crying guy was all.of us. 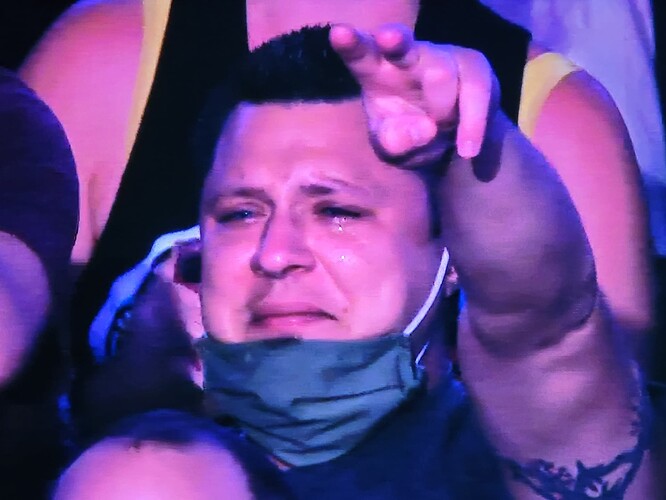 I’m not a CM Punk fan but I’m so happy for everyone who is his coming back meant a lot to Chicago and he didn’t disappoint.

I know a lot of people have stated that CM Punk showing up in AEW is a lot like the Scott Hall / Kevin Nash jump to WCW. The more I think about it, the more it feels like CM Punk’s move, and the celebratory nature of it by the new promotion - is a lot like Hulk Hogan’s initial jump to WCW in 94.

Instead of a ticker tape parade at Disney and pretend press conference - we had AEW book the biggest arena in Chicago, and celebrated with ice cream bars. The first half of this show was a celebration of Punk and the people who love him most.

Punk’s arrival is something that will have ripple effects for years. This was AEW telling the most diehard of WWE fan and lapsed casual fans from the last decade that they have arrived.

Such a fun time to be a wrestling fan. 10/10 for giving a moment that many people thought they’d never see.

Rampage started and my girlfriend was in the kitchen, she just saw me jump to my feet and came running. It was an absolutely beautiful debut, perfection! The rest of the show was fun too, as an Impact guy it was even great getting a little Kiera Hogan. Hope you guys loved it too! Have a great night.

I guess hell froze over…CM Punk returning tonight was emotional and his first promo in years was sincere, heartfelt and it kept me hanging on every word. It’s a huge feather in AEW’s hat in getting him back into the biz. Jurassic Express vs Private Party was easy to predict given how low the HFO is on the totem pole. Moxley/Garcia was a solid sprint.

The Madhouse on Madison was shaken to its core.

One of my Favourite wrestlers returned tonight and I couldn’t be more excited that I’ll be in attendance for his first match back. An incredible moment, an all time memorable moment in pro wrestling history. I’m so excited for what’s to come

Amazing 10/10. That show made me legitimately emotional. It was cathartic. Didn’t even know how much I needed that moment. Thanks for this, AEW.

I was there live and the crowd was deafening. It took a long time before I could hear Living Colour playing. Amazing show. After Rampage went off air Darby answered Punk’s challenge with a simple “It’d be an honor”. 10 out of 10 can’t wait for All Out. 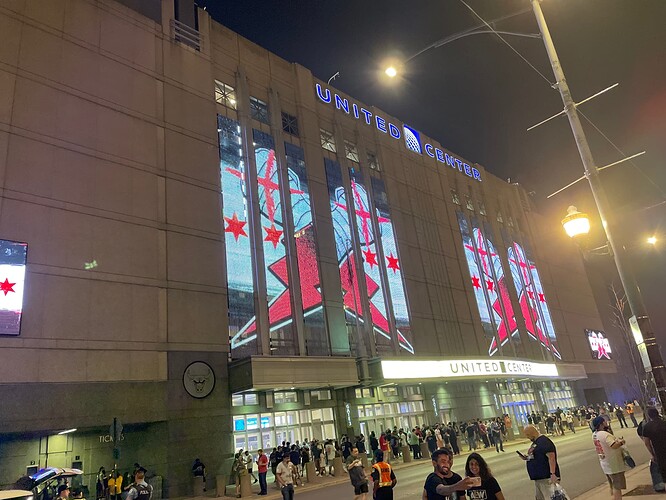 That’s a great reply from Darby. Thanks!

What a debut….for gable Steveson on bellator, sike that was prob one of the loudest pops for a return since Edge came back at the rumble. Loved the way Punk commanded the crowd he had them eating out of their hands. Flawless

-I can’t get into the zoom please help me

-I have a story

What a night. The debut we’ve all been waiting for. The reaction was amazing. The party atmosphere was insane. What a night for Rick Boogz to make his in-ring debut. It was magical.

Oh yeah and there was CM Punk too. If he ever works with Colt Cabana again, do you hold that moment off until another Chicago show or does it really matter?

Well Punk not only sold out the United Center, he sold out the POST zoom room. I think that’s a moment everyone will remember and it really illustrates how simple wrestling can be - give the fans what they want.

I think having JR tonight was also a huge benefit. He gets hated on a lot but I’m a big fan and he made that moment feel all the more special.

What do you guys see happening with Kiera Hogan? I found it odd that they didn’t bring up any of her Impact history on any of her appearances this week. Personally I think she has a ton of talent and would make a great addition to the show.

Not feedback - but a discussion point. People have been guessing about ratings and such for tonight’s show.

I sometimes check the top Twitter trending topics (in the United States) the night of Dynamite. At most, I feel like AEW hashtags will get about 40K or so.

People are excited and talking about AEW. 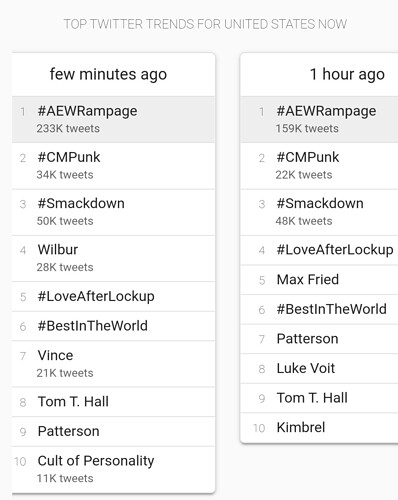 Am I missing something here? Why is #3 SD listed as having 50K while CMPunk is #2 and listed as 24K? Is this just a random order?