This edition of the Rewind-A-Wai is presented by Espresso Executive Producer, Joe Lebeau. 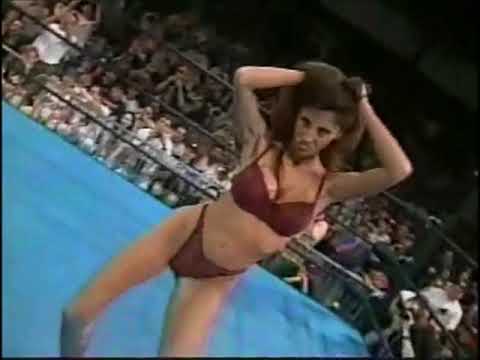 This is a fresh review for you lads and a great selection by Mr. Labeau. If you can get past the misogyny and head trauma, this is a very enjoyable show to watch. Lance Storm, Tajiri, and especially Super Crazy really impressed me. I started watching ECW in '99 and Taz still holds a special place in my heart. His title run is one of my favourites in wrestling history. Maybe it’s nostalgia, but I really felt like he had an aura of a world champion that has rarely been matched.

I didn’t do any research on this event, so cue my confusion when Taz came out and the crowd were booing him. It took me a minute to figure out what was going on. That triple threat match proves why Paul Heyman is so deserving of praise as a booker. Whenever ECW lost a major talent, the focus was always put on the next guy replacing them.

My only question is, why didn’t the world title match end the show? I think it would have been fine to end the show with Awesome as champion. The last two matches really fell flat for me. Balls Mahoney was a loveable character, but a main event talent he was not.