Rewind-A-Wai #70 comes out on Tuesday, September 15th with a review of the Great American Bash 1990 card.

This show was selected by Espresso Executive Producer Cody Staples. The show will be released for all members of the POST Wrestling Café.

Leave us your feedback & questions related to this show, which is available to watch on the WWE Network. 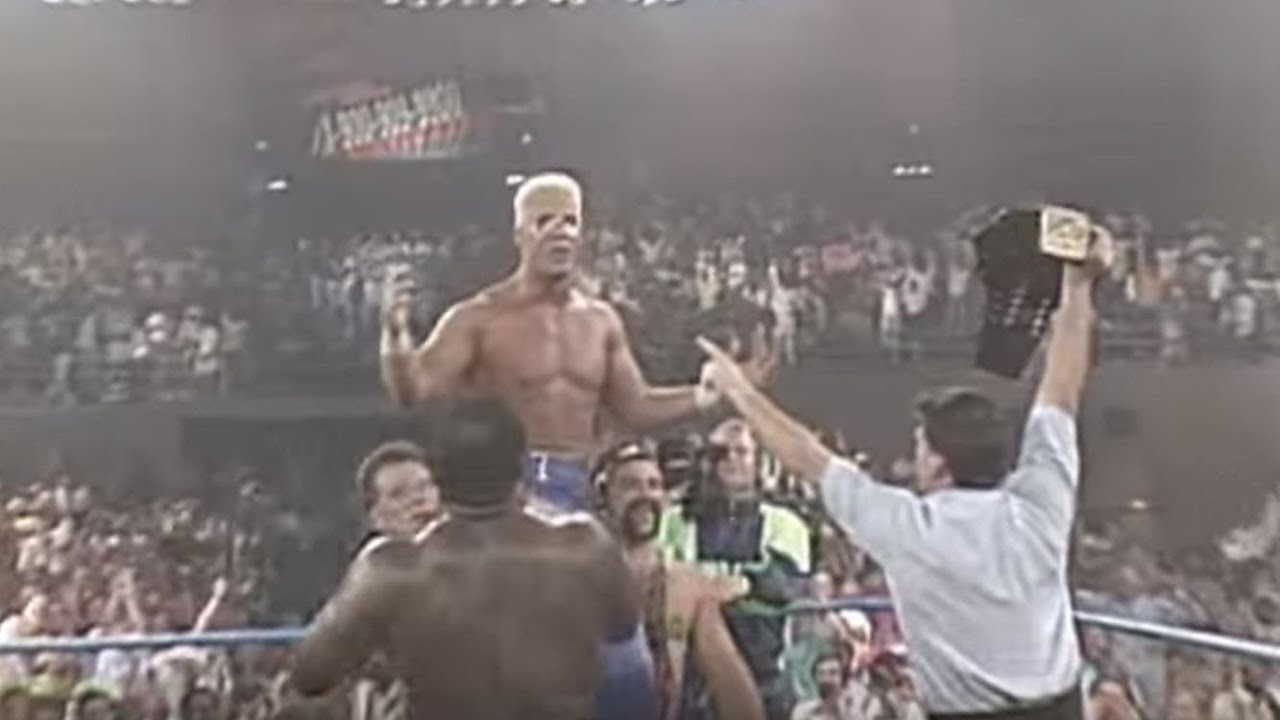 Transitional periods always interest me and this show is a great example. The difference from the last review less than a year-and-a-half in the future from this is significant.

A few questions (some of which you may have already discussed):

This was an alright show highlighted by a very good condensed version of their Clash of Champions epic with Sting/Flair and a awesome tag team match between Midnight Express/Southern Boys.

I can’t heap enough praise on that tag match, it was a perfect southern tag that kept me engaged from start to finish. It made own list of 100 greatest matches ever and I think it finished third in the WON MOTY votes for that year. Also Bobby Eaton is easily one of the greatest tag wrestlers ever, always giving stellar performances with whoever he tags with.

They made the right move putting the title on Sting but I felt the company didn’t give him enough time to find himself as an ace. How do you guys feel about once you pull the trigger on your chosen one how long should take for you realize if he’s the guy or not?

The Bash ‘90 was one of the first official WCW VHSs released in the UK (if I recall correctly the others were Starrcade ‘89: Future Shock, Capital Combat ‘90 and Starrcade 90: Collision Course).

Random matches aside (Doug Furnas vs Dutch Mantell???) I absolutely loved the Midnights vs The Southern Boys, Luger vs Mean Mark, Doom vs The Rock and Roll Express and of course Flair vs Sting. How hot was the crowd particularly for the Midnight Express and Sting matches?

If you read the board you’ll know I’m not a fan of modern matches, particularly tag matches. I would be really interested to hear your opinion on the Midnights match and whether you would rather watch that match than a lot of modern matches. I think it goes to prove the art of pro-wrestling i.e. the ability to get the crowd emotionally involved through a coherent and logical match that slowly builds up and up rather than a 100mph spot fest from start to finish.

As an aside, you may recall my story from your Starrcade’83 review about ordering VHSs via the PWI magazines only to find out my VCR needed to be NTSC compatible. I laughed out loud when at the start of that review John said “was there blood on this show” and Wai said “I think a little bit John, unless your tv was set to black and white”. What I neglected to say in my last story was that after convincing my parents to buy a new VCR I found out our TV was also not compatible and would only play the videos in black and white.