This was selected by Espresso Executive Producer @Chris_Thunder.

Wai Ting and I will review the 3-hour edition of TNA Impact on Spike TV featuring the arrival of Hulk Hogan, Eric Bischoff, Jeff Hardy, Ric Flair & many others. Plus, we’ll look at Bret Hart’s return to the WWE as guest host of RAW after a 12-year rift with the company.

The entire episode of Impact can be watched on their YouTube channel: 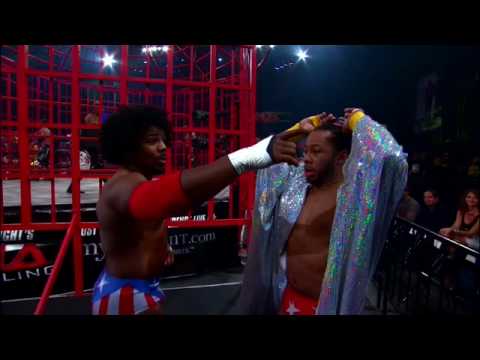 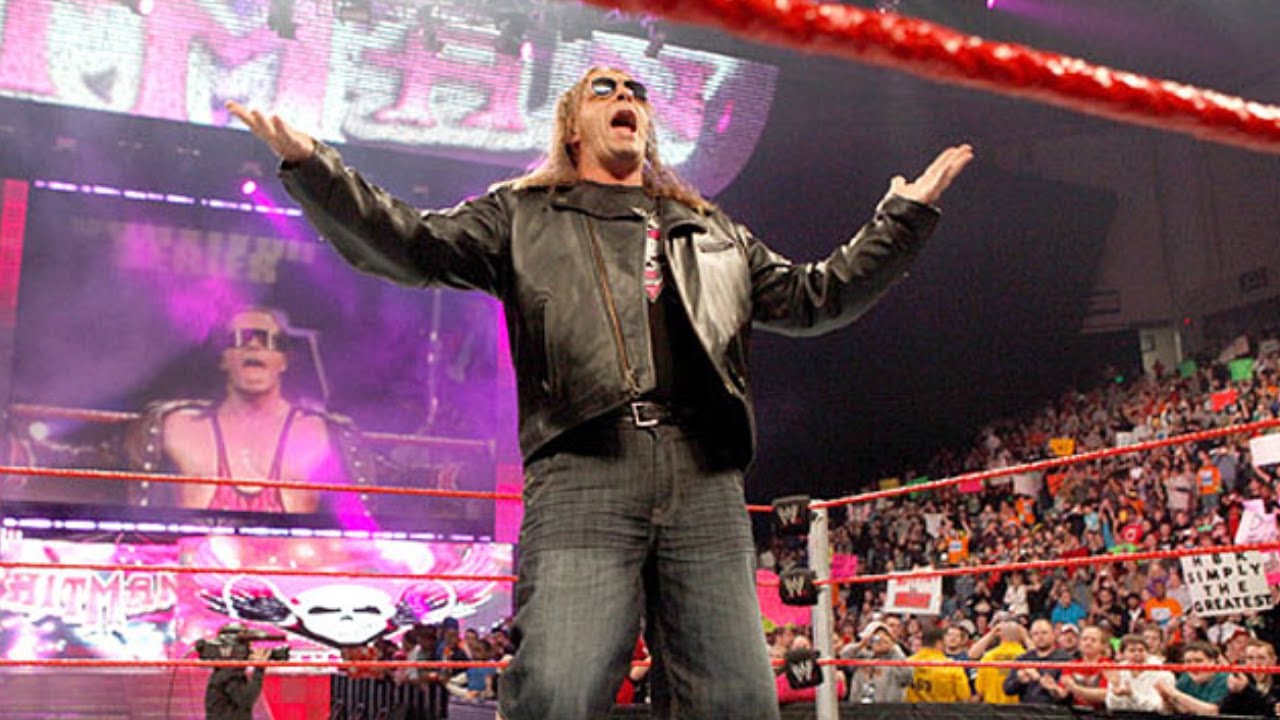 The show will be released for all members of the POST Wrestling Café on Tuesday, November 10.

I do not remember anything from these shows, outside of the Bret Hart moments. The segment with Vince being one of my favorites in Raw history. I’ve never been a huge Bret fan, outside of his heel run with the Hart Foundation, so watching Vince sucker him, while doing his own pose was incredible and my dad and I still laugh about it, to this day.

Whats the story behind this being the return of Bret? Was it always going to be this episode and it was just a coincidence that TNA was going on Mondays? Or was it purposely done on because of what TNA was doing?

Around this time I was listening to the Who’s Slamming Who network of podcasts and one of them featured Bill Behrens, who was an agent for a lot of the TNA guys. He did a really good job breaking down the ratings of this show and from what I remember, TNA did really well. They didn’t beat Raw by a long shot, but for instance, the unopposed first hour did excellent numbers, well above TNA’s typical 1.1 fare. The ratings dipped back and forth but I do believe they grew with the final match between AJ and Kurt. While the Monday Night War concept I believe was a bad idea, I feel TNA had a strong marketing campaign going into this show and maybe if they focused that campaign to their old time slot, maybe things could have worked out better.

Another issue TNA had was poor follow up. As usual, TNA’s creative was the killer for the company and before you knew it, it was back to Thursday, 1.1s and low pay per view buys. It was an exciting time but TNA gonna TNA.

I used to watch every TNA show between 2007 and 2010. The arrival of the old guard with Hulk Hogan resembled what WCW had done and how they had failed. TNA with their one hour format prior to the end of 2007 was gold because it was short but also for me enjoyable. Then it went to two hours and the quality became different. The roster though was still excellent with Gail Kim, Awesome Kong, Kurt Angle, Samoa Joe and AJ Styles among others.

That day of January 4th was when I thought what are they doing and why ? I wanted to see them to keep on showcasing their young and upcoming talents. I did not watch TNA after that because it had become way too different from what it was in 2007. I went back to it on and off this year.

That didn’t feel like Impact as much as it did The Hulk Hogan Show (featuring Impact). The NWO beating down Mick Foley while Eric Bischoff is nearby is definitely the way a TV show in 2010 should end. Great to see such TNA legends as The Nasty Boys, Val Venis, and Orlando Jordan. I can’t imagine how shitty of a live view there was for the Steel Asylum. On a positive note this show featured a few things I enjoyed about TNA in this era: Raven being on the roster (even though he’s incredibly mismanaged), Amazing Red as X-Division Champ, AJ and Angle having great matches, and Samoa Joe choking people out. TNA could have had a chance to succeed if they went with what brought them to the dance, but instead they decided to learn a new dance that only someone as graceless as Hulk Hogan could teach. Less people bragging about their big money TNA contracts and more in-ring competition would have made this show better. I would have loved the chance to view this show from a 2010’s perspective, but with 2020 vision it’s easy to see why Impact didn’t last long on Monday nights. I’m happy I don’t know what a love sponge is. this show gets a 3/10

I was really psyched about TNA in 2010.it really made mondays exciting and clearly Vince took it seriously bc he made amends with Bret and they put on a hell of a Wrestlemania in 2010. Wwe is always better with a bit of fire under them.

I think TNA took the night. They had more excitement and novelty from my Point of View. The Bret moments were the best part of he night though.

The excitement for BOTH brands would wane before the end of the year. The wwe couldn’t pay off the hot nexus storyline and after the novelty of Hogans friends and family faded, tna fell into the trap of wcw in doing too many things too often. Too many factions, too many heel turns, too many angles.

January 4, 2010 was a good day and a hopeful time. Not unlike the feeling many had this past Saturday. That was another good day

You guys first reviewed these shows. . .on the LAW the Sunday after they aired, or at least John did. But you also dedicated two reviews to them, one to each show, in January 2014. I wonder if today, as then:

In listening back to those shows, what interested me most was how you two were dismayed at how the promise shown in several wrestlers in 2010 had since come to nothing by 2014. In 2014, you were disappointed with how Desmond Wolfe, Samoa Joe, Christopher Daniels, Kofi Kingston, and Jack Swagger had floundered in the intervening four years. I would say all of these have seen their careers peak since 2014, though not necessarily in ways we, or they, would have expected. It just goes to show how much of history is coloured by the perspective from which we view it.

Hey guys, if I could just tag on to Jesse’s post with bringing up some past memories. It’s been a while since I’ve done a complete listen through of the archive but I believe once when John was talking about the Survival of the Hitman doc that you guys did, he mentioned that Bret told him what Shawn whispered in his ear while they hugged, but the camera wasn’t rolling so there is no audio of it and for that reason John was never going to share what Bret told him. First, am I remembering correctly and second, will he share it today if so?

Between both shows on that night. Several things stood out. The HBK and Bret segment was cathartic as it felt like a big deal when two heated rivals finally put their bitter feud to bed. It felt like Jay-Z and Nas ending years of ill will. The ending segment with Vince set the table for his ultimate comeuppance at WM26.

Impact had a jam packed show that tried hard to feel like WCW with Hogan, Hall and Nash all appearing. The best part was the phenomenal (pardon the pun) title match between AJ Styles and Kurt Angle.

For a while, the Monday Night Wars were a thing again.