Hey yo! Post any comments or questions for this week’s NXT! Recording upNXT Thursday around noon!

First off before I go into the actual meat of my post: Angel Garza is just such a smug asshole and I love it. And that Nykos jobber guy tonight had quite possibly the worst ring gear I have ever seen in the history of pro wrestling. Its either that or Jessamyn and Marina’s gear.

Anyways, Io Shirai turned heel tonight. I didn’t like the ending to the match (it felt like someone from the main roster snuck into the booking room and changed just the finish). However, I did like Io’s heel turn afterwards, and that sick smile on her face after she suplexed Candice onto that chair. That being said, I feel like Candice is going to be used to put over Io as a monster heel, similar to the role Dakota was in with Shayna last year. I really do not think Io should be losing her first feud as a heel.

Also, BrayD are you still high for Shirai or not?

Eva from London, ON
Great episode of NXT. Garza-Wilde was sleeper hit (butterfly powerbomb finisher looked awesome), didn’t know Dusty gave BIHG to Keith Lee (one of commentators said it. When did Lee enter WWE developmental?) And of course . . . . #AndStill #LongMaySheReign. Great physical main event, the right woman won (Shayna is best NXT womens champ of all time. Not joking), and I called Io heel turn back at XXV! Either of you surprised at turn?

Angel Garza is my new favorite thing about NXT. Did you guys get a young Eddie vibe from him? loving his style. My gf thought Blake & Cutler were twins, then asked if they could show more of the “sexy Mexican guy” instead of them

Question: LAX’s Impact contract is Expiring soon. Would you prefer to see them in NXT, or AEW?

that main event was great. it was something really different from the women’s division. i laughed at how long candice and jessamyn duke were dead in the ring. at first i hated the ending of the match because while it was a smart way to finish, i really didn’t want to see another rematch. but with io’s heel turn i’m excited to see her feud with candice. io sold so well in the match and her post-match sadistic faces were brilliant.

the tag team segment was weird and felt like it didn’t have steam. joaquin wilde has the worst name and worst entrance gear but his wrestling is alright.

This episode was all about the women. Yeah, there was a match where two male underwear models are vying for a spot on 205 Live, but no matter how flashy they may move that will be their destination (if they stay with WWE long term.)

Like all WWE cage matches, the one tonight didn’t make sense. The whole win-by-escape is so silly though I give credit to whoever produced this match in trying to make the stipulations a bit less stupid than usual. I love Io (and she is welcome to do a moonsault onto me anytime

) but this match was in a cage just to get that shot of Io moonsaulting from the top. And while I welcome Io as a heel, the way of getting there was so forced.

And more women - Vanessa is gorgeous in those close up shots. In a company full of pretty women she stands out. That pretty face opens many a door, but her acting still is sub-par for getting farther in this industry, in my opinion.

The final female which needs some comment is none other than the third wheel, Beth Phoenix. I’m sure she’s a great person but her commentary is just not needed. To use the phrase “superstar” for those underwear models is just silly, the worst of having-to-toe-the-line mindset in WWE-speak.

Keep up the good work Braden and Davie.

I’m sorry I doubted you NXT. After last week’s mediocre episode I thought I was in for more of the same but boy was I wrong. I get people’s criticism about the steel cage match tropes but overall I thought the match delivered and the interference enhanced the match rather then took away from it. The heel turn was awesome as well and made perfect sense after Io failed to win the title 3 times in a row since there really isn’t another option (see: Gargano after Brooklyn 4).

I was high on the breakout tournament when it was announced and that opening match was pretty much why. These guys are going to be giving their absolute best to give a great first impression and a lot of them are really good.

Also can we give Lee a takeover match soon? He’s almost been in NXT for a year he’s more then due. 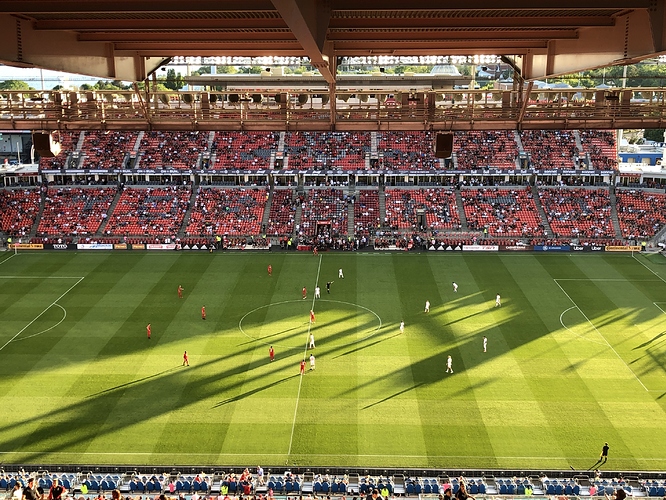 I like the Io Shirai heel turn. Her promos are very awkward even when you look past the broken English so it might work easier if she plays heel so she could speak in Japanese more and in turn tune up her English along the way. It surprised me a bit because I went in thinking that LeRae would turn on Shirai but this makes sense especially with how petty Shirai came off in her post match attack at Takeover. Looking forward to a Shirai vs. LeRae grudge feud.

Question: What do you guys think of Seth Rollins’ Twitter war with the Indys and his antagonistic comments regarding Moxley’s WWE exit?

Ange from Cali
A pretty awesome main event. Io is very good in the ring she might be one of the best in the world. A Lerae-Shirai feud could be the best women’s feud in-ring this year if done correctly. Why do you guys think it’s taking Vince so long to unleash Aleister Black on the main roster? Thanks fellas.

How to buy a ring gear for half the price with Nykos Rykos.

The first match was good but I didn’t like the setups to some of the big moves like the spanish fly.

The problem with cage matches is that there are so many moments where they can open the door and escape. I enjoyed it. I’m not sure about Io’s turn since she can’t do promos.

Brendan from Connecticut
meh show for me, Breakout tourney match was good, but the rest just felt like killing time until the cage match.

The cage match was great though, good in ring story telling. Going in I was wondering if they would use the cage as a way to take the title off Shayna without her getting pinned or submitted. Glad to see that wasn’t the case. Looks like they are moving her into a program with Candace which is great. With Shayna taking on Mia in the interim. Hopefully setting up a Candace v Shayna match later on.