This week’s pick was selected by Espresso Executive Producer @Dyingissoscene with NXT TakeOver: New York from the Barclays Center in April 2019.

You can leave us any feedback or memories of this event that took place over WrestleMania 35 weekend with the vacant NXT Championship awarded in the main event.

The show will be released Tuesday for all members of the POST Wrestling Café. 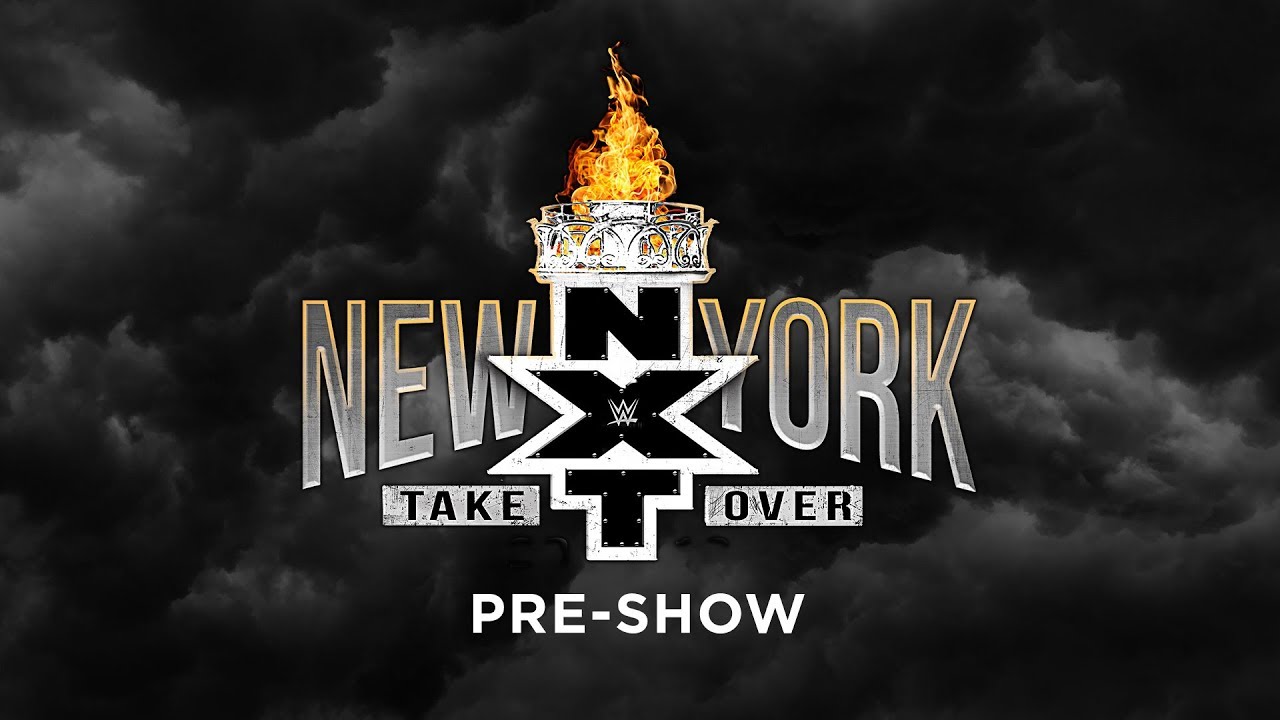 I attended this show with Braden and Davie and none of us thought the WALTER-Dunne match was anything better than “pretty good”. I remember many of their listeners thought we were crazy. Watching the match back, I have a greater appreciation for it. Dunne’s joint manipulation comes through on camera much better than it does watching from the nosebleeds with Braden continuously bringing you beer.

I remember really enjoying the Riddle-Velveteen Dream match live. I haven’t rewatched it, though, because I’ve now learned more about each of them as individuals, and my feelings have changed.

I think Gargano-Cole is the best NXT singles match ever. Braden is very proud of how we—with a little help from Johnny Gargano—turned our whole section from Adam Cole supporters to Gargano fans by the end of the match.
Perhaps the hardest thing as pro wrestling storyteller is booking a baby face underdog champion after they finally win the title. In this case, Uncle Paul decided to take the belt off Gargano almost right away and, in my opinion, NXT never reached these heights again.

Question: What do you think of Nigel McGuinness as a commentator? I think he’s fantastic. He explains how different maneuvers work and can hype up the drama. I thought he was under-utilized on NXT UK and was disappointed when he was cut.

Whenever I think about my favourite PPVs ever, this Takeover always comes to mind, so I was excited to have a reason to go back. I think I enjoyed it even more than the first time. This was NXT at it’s peak, just months away from AEW’s first show, and an incredible recent time capsule for fans in 2023.

Fantastic opener, and a reminder of how good all four men could be with the right push. It’s wild to think that this barnburner was just 10 days before The Viking Experience debuted on Raw. Walter / Dunne was every bit as hard hitting as I remembered, and the womens 4-way gave everyone time to show their strengths. I miss this version of Shayna and hope we’ll see her on the main roster one day.

Cole and Gargano is a masterpiece. The high drama, false finishes, overcoming run-ins, and feel good finish for Gargano, who finally got the title he’d been chasing for years. I’ve no doubt that had Ciampa been ready, they’d have put together something just as special, but they’d have been hard pressed to top this.

An incredible, tightly booked, masterclass of a show. I wish Mauro was still in wrestling.

PS, what video package should we play before the main event to make sure NXT fans tune into Wrestlemania tomorrow? Shane McMahon vs The Miz.

We just finished recording, unfortunately! But thank you for the detailed feedback.

I’m upset that I missed the window to post feedback but I’ll just say this. Takeover NYC is arguably the best takeover ever made opposite New Orleans.

The 2/3 falls match was unbelievable. There’s not a weak match in the bunch.

I miss Takeovers so much.