Wai Ting and I continue our series of Rocky reviews as we discuss ROCKY III for the month of October.

This show will be released for all members of the POST Wrestling Café on Tuesday, October 6th.

Leave us your feedback in the thread and we will read them at the end of our review.

After winning the ultimate title and being the world champion, Rocky falls into a hole and finds himself picked up by a former enemy. 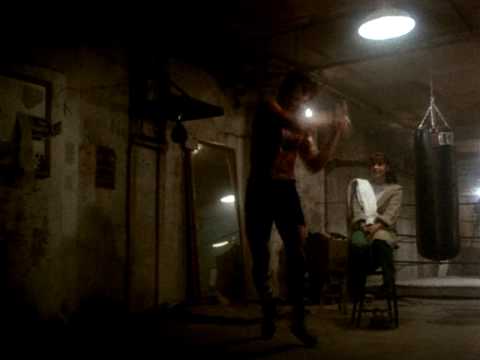 This is possibly me favourite of the ‘Rocky’ titled films. It marks the point where the films shift to become more stereotypical “sports” films, with the highs, lows and - most importantly - cheese that comes with it.

You guys touched briefly on Race in your last review, and I think there’s a conversation to be had here too. Clubber Lang is about as stereotypical “Angry Black Man” as you could possibly get, with almost zero layers to him. He is of course counter balanced by a fully face turned Apollo (who, once again, is great) but it’s still interesting that he is the next chosen villain of the piece after Creed himself. You also have the white protagonist Rocky win using the rope-a-dope, made famous of course by Ali - who I’m sure had his own views on that! I’m not saying this film is racist or anything, it’s just interesting.

Thanks for all the great work as always and fair play to you guys for sticking to this review during this time of millions of shows!

Rocky III has long been my favourite film in the franchise. While perhaps not the best - I think it’s one of the most enjoyable that rides the line between realistic drama, and where the series would go in the following two films.

I love the story of a Champion who has gone soft, riding his own successes, forgetting what brought him to the dance - and falling because of it. And then, then having to rediscover his motivation and fighting spirit.

Rocky III to me has the most tailor made storyline for professional wrestling, and I’ve always wondered why we’ve never seen a long term story that followed the film’s notes. I’ve always thought Cena could have done it with Brock, after Brock destroyed him at Summer Slam 2014 - but we never revisited that.

Another opening could have been The Rock and Brock, back in 2002. However, it’s clear why they didn’t go that route as Rock was on his way out, and Brock was the next big project.

And once again, using the Rocky character and franchise as a barometer for where Stallone was in his career - this third chapter in the series perfectly captures that.

Truly the turning point from Stallone the “actor” to Stallone the “movie star”. Rocky the underdog, like Stallone the hungry artist, is done here (and gone for well over a decade). Much like another Stallone character with humble beginnings, John Rambo, who also debuted in 82, in First Blood - we see them both quickly take a detour to an 80’s excess and caricature by the next entry into each respective franchise. Both becoming action heroes, instead of human characters.

Enjoying the ongoing retrospective guys! Keep up the great work.

If I may sneak in a wrestling question (if you haven’t already discussed it):
Hulk Hogan has long said that Vincent J. McMahon fired him from the WWWF because of his participation in this film. Do you know if this is true?
After the WWWF, Hogan went to the AWA which was the first place he played a babyface (or at least a top babyface). Is it possible that this film altered wrestling history? If Hogan didn’t play Thunderlips, does he stay with WWWF and never become a charismatic babyface? Is there an alternate universe with no Rocky III and in which the NWA under some distant Crockett relation is the top wrestling promotion in 2020??