POST Wrestling’s ROCKY reviews continue on Tuesday with the release of our Rocky V review.

Wai Ting and I will be discussing the fifth installment as Rocky goes to the streets to fight Tommy “The Machine” Gunn.

Leave us your feedback for the show, which will be released on Tuesday, Jan. 26 for all Patrons. 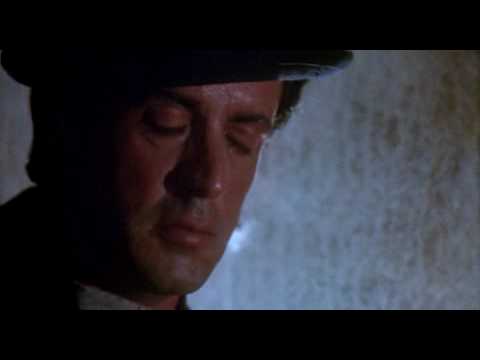 Go back and listen to our reviews of ROCKY 1-4.

Rocky 5 is a very interesting film in terms of where it stands in the franchise.

On one hand, it’s Stallone at his hottest and most “movie star”, as we close out the 80’s. And Rocky as a character has gone full-blown cartoon action hero.

However, on the other hand - this is a movie that is trying to put the genie back in the bottle Trying to bring Rocky back to a somewhat relatable human character. He’s damaged. He’s the underdog again.

The return of John G. Avildsen as director is an interesting choice. He left the franchise, and went and basically did a very similar in tone trilogy with the Karate Kid series, to return to finish up this series. He really tries to nail the tone of the original, while trying his best to update the stories for the new decade ahead.

I do believe that Rocky V would be remembered very differently had they went with the original ending of Balboa dying following the street fight with Gunn. The whole film’s tone makes much more sense with the idea of him dying at the end. The fact that they shot for several weeks under the impression that was the ending of the movie, until the studio stepped in and pressured Stallone and Avildsen to change directions, certainly leads to the uneven-ness of the film.

On a side note, despite Sage Stallone not really having the best acting chops - it’s very nice to see him and his father sharing the screen together. Especially considering Sage’s death in 2012.

Rocky in Rocky 5 is damaged, and lost. Without a clear goal. Rocky 5 is an uneven film. Much like Stallone’s output as we head into the 90’s. Bouncing around from action hero to comedy. Then, mid-90’s taking a role to remind us all that he was still the same guy who could act his ass off as he was back in the days of the first Rocky, or First Blood, with a truly great performance in 1997’s Cop Land. (Which I strongly suggest people see, as it’s one of the best films of the decade). And really, it feels like Stallone would continue to live off his status for a while to come, until returning to the Rocky character in the mid 2000’s.

Rocky 5 shows Stallone still had the yearning to tell a realistic story for a character he clearly cared about. It’s just unfortunate that he wasn’t able to stick to his guns and see the intended vision out.
Although, if he had, we would sadly miss out on a few more great Rocky related films in the coming decades.

My hat’s off to you both for enduring the film that many thought had killed the franchise, and quite nearly did so. Rocky V was supposed to be another cash cow like its predecessors, but lost its opening weekend to the John Hughes classic Home Alone and never recovered.

And let’s be real, this piece of shit deserved a far worse fate. It even made Time’s list of the worst 100 ideas in the entire 20th Century, alongside such social poison as telemarketing, New Coke and Crystal Pepsi.

Our only saving grace is that things are looking up for this POST Wrestling podcast series. See you in 2006, Balboa. Farewell, Mickey and Adrian.