I think I’m in a minority but I don’t subscribe to the ‘Legion’ comparisons necessarily being a good thing. I’m a big fan of challenging storytelling (‘The Leftovers’ is a prime example of it done right) but ‘Legion’ strayed a little too far into the abstract and inexplicable for my personal taste.

That said, I admire Disney for allowing the showrunners to lean into the ‘New Egypt’ storyline and I’m confident that the team behind this show will stick the landing, even if we’re left with some ambiguity.

Magan from Ottawa, ON

“The Asylum”, for the most part, is a one-man show. Oscar Isaac is in rare form as he conveys Marc’s mental and emotional anguish in cathartic fashion and his abusive childhood that led to Steven Grant’s manifestation made for a helluva gut-punch. Antonia Salib’s effervescent Taweret balances out the dourness. The asylum setting fits into the greater tapestry of the story and it served as a platform for Moon Knight’s core theme of mental health to run rampant.

What a heartbreaking episode.

Wow did Oscar Issacs pull out all the stops with the acting for both Marc and Steven!

It’s insane to think you had an actor of that caliber try his hand at two different franchises in Star Wars and X-Men only to be wasted.

With next week being the last episode for the season, do you think there will be any time for anything besides the resolution to the Harlow storyline and the Layla storyline?

Rumors ran rampant of who might show up or how it would tie to the larger MCU, but it appears as they just didn’t make time for that based on the stories left to tell.

This episode was one of the best yet, an absolute emotional roller coaster at times that presented some very heavy scenes with the younger Marc story and the beginnings of Steven.

Few questions; did you notice Marc had a different voice and facial expressions in the psych appointment? Could this be the tease of Jake?

And lastly, Steven is leaving voice messages for what we were told was his mother in the first couple of episodes. Do you think there is someone else involved here or a symptom of mental health?

Marvel should have put up a trigger warning for episode 5. I had tears falling down my eyes this entire episode, from Marc’s horrible childhood and breaking down at his mother’s funeral to steven finding out his origin and then becoming sand. Oscar Isaac gave an amazing performance by farmy favorite episode. I also had a big smile on my voice hearing a spanish song playing in the background as the episode was coming to an end and for those wondering what the song said it was "beyond the sun i have a home, beautiful home beyond the sun

I’ve thoroughly enjoyed Moon Knight for a multitude of reasons. Firstly as a Marvel show, it’s maintained the level of quality we’ve had from these Disney+ shows and is up there as one of my favourites. Given that before this show was announced I’d never heard of Moon Knight as a character that’s quite an achievement. And secondly, on a personal level, as someone who suffers from DID, I thought it dealt with the disorder in a respectful way, whilst exaggerating it enough to involve gods and superpowers (#NotMyDID I wish my Steven was as nice as Marc’s Steven). The ending and the end credits scene makes it look like we’re getting another season, which I’ll be very happy about. Thank you as always for the show, which has been especially helpful through this series as I didn’t have much knowledge or background on the Moon Knight character before it started.

No fault to the people involved, I will say that Moon Knight ultimately ended up being the least memorable of the Disney+ MCU series. Part of this was a disconnect from the universe as a whole and part of it was basing the show on a character that casual fans would have little-to-no knowledge of.

Even though the big battle had some moments (such as Mr. Knight finally getting a few moves in), I ultimately thought that the series ended on a somewhat anti-climatic note, despite the Jake Lotley mid-credits reveal that had been foreshadowed for the entire series.

Now if you excuse me, I’m going to listen to a loop of Oscar Issac singing the Hippopatamous song 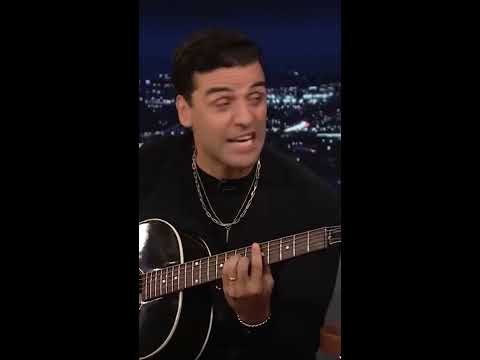 Jermaine from Chicago. Shoutout to my boy nate. At first I thought moon knight was family dollar/ dollar tree Batman as marvel tends to, I’ll be nice. Borrow dc ideals. But they did a great job differentiating it from Batman. I think oscar Isaac is now up there with Benedict Cumberbatch as marvels best lead actors. With Bree lawrson and mark ruffalo being the absolute worst. Thank you to every actor and the director who worked on this. Starwars,marvel and Pixar are the only reasons for Disney plus. You all do a great job on this show. Really quick what do you think of the news of Amanda Waller getting her own hbo max show? Have a great week

I have to say I have mixed feelings about this series as a whole and this finale. Maybe it’s because I didn’t understand some aspects of the show, like how Arthur ended up in a mental institution like Mark was in, even though he was alive and Mark’s version was in death (and one Taweret Specially said she had not seen before). I think I answered my own question and they actually put him in a real mental institution?

Maybe I need to watch some YouTube videos and listen back to this podcast but I will be off anything that can spoil me until I see Dr Strange this weekend.

I also did not like the “giant power ranger battle” of the gods, which didn’t really feel like it had any stakes to it besides being an epic backdrop and maybe WH can elaborate on how common self resurrection is in comics? Coming back from the dead has been overdone in the MCU and self resurrection instead of Khonshu bringing him back really bothered me. It kind of sets a precedent that anyone “balanced” or noble enough can come back from the dead. Not to mention how can Mark and Steven become balanced from sharing their memories when there is another entire personality inside of him that they are unaware of?!

The big positive is Oscar Issacs performance, I don’t care how bad his accent is, I mean it’s a kids interpretation of a British accent from some old movie anyway, so it really makes sense it wouldn’t be authentic, the range of emotion and acting was amazing, the emotional story he tells essentially by himself is amazing and I really enjoyed this part of the show.

Semi-related, in the past month I have started to collect 1/6 scale figures and hot toys, I have learnt a lot about them in a short amount of time and found its hard to get good prices coming out of Hong Kong, (their shipping rates are insane at the moment). Do any of you collect 1/6 figures and can you recommend any good places to buy them from?

I was surprised that they wrapped up so much in so little time. The episode felt way longer than it was but not in a bad way.

If I had one complaint about the finale it’s that we missed the fight between Jake Lockley’s Moon Knight and Harrow. But I’ve got to admit the reveal at the end more than made up for it.

Reflecting on the series as a whole it is definitely in the top tier of MCU showsbin my opinion Oscar Isaacs performance however was definitely the best we’ve had in not only the MCU television series, but possibly even the entire MCU. The only other performance that’s even close for me is Elizabeth Olsen in Wanda Vision. Both did amazing work at portraying mental illness, and deserve and Oscar for their work no pun intended.

Also, besides the blink and youll miss it advert for the Global Repatriation Council and the Ancestral Plains mention, was there any other reference to the greater MCU in Moon Knight? I’m not complaining at the lack of tie in at all, just wondering if I missed something.

This is the only Marvel show I have given up on.

I got to the end of Episode 4 and though, fuck this, I want to watch Baron Corbin.

Then I decided to just read what happened in Episodes 5 & 6 and watch the cut scene, rather than put myself through 2 more episodes.

For a non comic-book reader, I was left confused and frustrated at the lack of explanation. Did the writers come from Monday Night RAW?

Anyway, I did really enjoy Oscar Isaac and Ethan Hawke on screen, but ultimately, this was a Huge miss for me. Let’s hope Dr Strange doesn’t shit the bed tonight.

It had some interesting and cool parts, Ammit looked and sounded awesome and I’m interested in the future of Jake, but overall it was a ‘by the numbers finale’ with the usual boxes being ticked and no real ground being broken.
I didn’t do myself any favours in by watching AppleTVs ‘Severance’ finale straight after but it was still okay. Roll on the next one…

I dunno if anything still tops the first couple episodes of WandaVision on whole, but the last episode at least gets close.

Love the pod what an incredible ride we were all taken on for such a short period of time. I have no clue where this show goes from here or what podcast guest will appear. Are there metaverse versions of the guest was always curious like for example WH with a neal Flanagan South African accent or a version of Wai as a panalist on the Kings of Sport Patreon or a Nate Milton version who hates sports or a Rich Fan that is a conasior of Frank Lloyd Wright? Wow this is out of control huh? Nah anywhoo love the pod can’t wait to….

The finale was always going to be a jarring shift from last week’s heaviness and into the action-packed side of things. But for my money, the “final battle” was done very well, and I particularly enjoyed the show’s take on the Scarlet Scarab, which furthers the MCU’s diversity in its superheroes.

I’m not sure why Tawaret’s avatar would have badass metal wings, or why the avatars of powerful gods like Osiris were just jobbers, but that’s nitpicking — this was a tremendous show and I hope we see more of Jake, Steven, Marc and Layla in a second season.