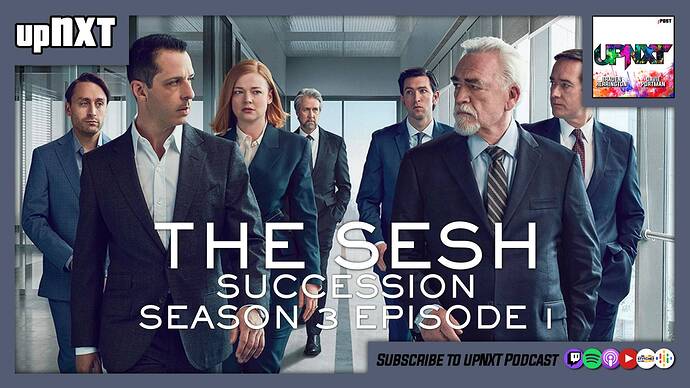 With Season 3 of Succession just starting, I have decided to do a weekly show recapping, reviewing and discussing the series! I’m going to be joined by different guests every week to discuss the show. I would love all your feedback for the first episode of Season 3 of the HBO drama!

I will be recording tomorrow with “Our Man” Neal!

The long anticipated season premier did not disappoint after its long hiatus and it looks like things are going to be smash mouth this year. The slow burns of season 1 are long behind as this show is now operating at peak levels. It has much of the Breaking Bad late season vibes where even the actors seem to be performing for a much larger audience than they had been in the earlier seasons.

What I continue to adore about the show is how fcked up everyone actually is. Billionaires - they are just like us. Roman reverting to a babbling child on the phone with his father. Shiv melting down to a frend because she hit the breaking point. Kendal making power moves with Greg as his assistant. These people have deep messed up personal situations ignited by their father, and yet are suppose to be titans of the corporate world.

Where the in your face lines and quick hit jokes will grab headlines, I have loved character development throughout the show. And as with all great ensemble shows, the mixing and matching of characters continues to provide stimulation to the story being told. Greg and Kendal, Tom and Logan. Didn’t know I needed these pairings til now, but after 1 episode I’m here for it.

A bit of nitpicking - considering the global media landscape Wayco operates in and the monumental move pulled at the end of season 2, I am disappointed to not see more real-world reaction. Whereas the deeply personal conflicts makes the characters of am outlandish corporate story relatable, the lack of real-world connection makes it still feel fantastical. Take for example the phone call to the Whitehouse. I hope we get more of that interplay. For as funny as it was to hear Greg talk about the memes, could we not have seen evidence of that in some way.