Allo, allo, allo! Davie Portman here requesting all of your feedback for tonight’s episode of NXT. Braden and I will be talking about this and of course all of the releases that took place today.

Join us on our YouTube channel after NXT for the LIVE version of the show. 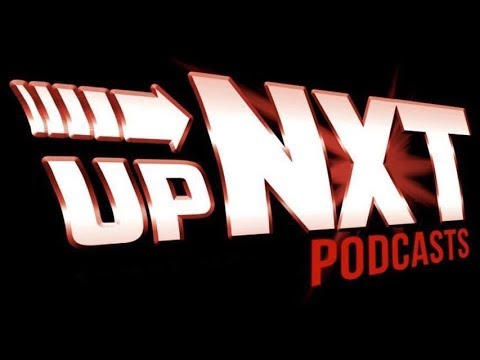 Braden Herrington and Davie Portman are back with another episode of "upNXT" where they are talking all about the April 15th 2020 edition of NXT featuring Un...

Eva from London
Random Shayna Baszler Fact: on the indies, she wrestled Joey Ryan, defeating him via armbar with his signature lollypop stuck in her mouth, winning the DDT Iron Heavymetalweight Championship in the process.

As for today…to all the wrestlers and behind the scenes talent who were let go today…i wish you all the best. None of you deserved to be treated like this. I think the one that hit me the hardest was Finlay, who has been an unsung hero for women’s wrestling in the company since he started as agent.

NXT itself. Aichner Balor was decent but as soon as the cruiserweight stuff started i felt dragged out of the show, not because the match was bad but because of all the layoffs.

Keep up the good work BrayD and Davie, I know watching the show tonight must have been rough.

First things first; pour one out for all the future endeavoreds today. Hopefully this is more temporary than permanent and they all can land on their feet. Days like today make you think “wrestling’s a bit silly innit?” I’d probably prefer all the wrestling be put on hold but I’m not not gonna watch so as long as those involved are doing so willingly and remain safe I guess it’s fine?? Fuck a covid. This too shall pass!

First off, my thoughts to everyone cut today, and same goes for whatever happens tomorrow as well. I feel like more releases are incoming. Hopefully Kairi isn’t one of them after what happened on RAW last Monday when she got squashed by Nia Jax. I feel like she’s way too valuable to be cut.

NXT tonight was okay. But I’m to try and keep a positive mindset with all the negativity going around today.

Thanks for reading my feedback tonight guys, and keep your chins up!

Hugh from Melbourne here. I hope you guys are doing OK in this pandemic. I work in retail so I’m still considered essential but our shopping centre is a ghost town right now.

One last side note: Melbourne City Wrestling’s Youtube page put up a short documentary on Jonah Rock now known as Bronson Reed, it was filmed about six months before he signed. It’s well worth checking out to see his rise through the Australian scene and later around the world.