Allo, allo, allo! Davie Portman here requesting all of your feedback for tonight’s episode of NXT featuring two matches that were scheduled for TakeOver: Tampa.

We will be going LIVE on YouTube for our review shortly after NXT finishes. 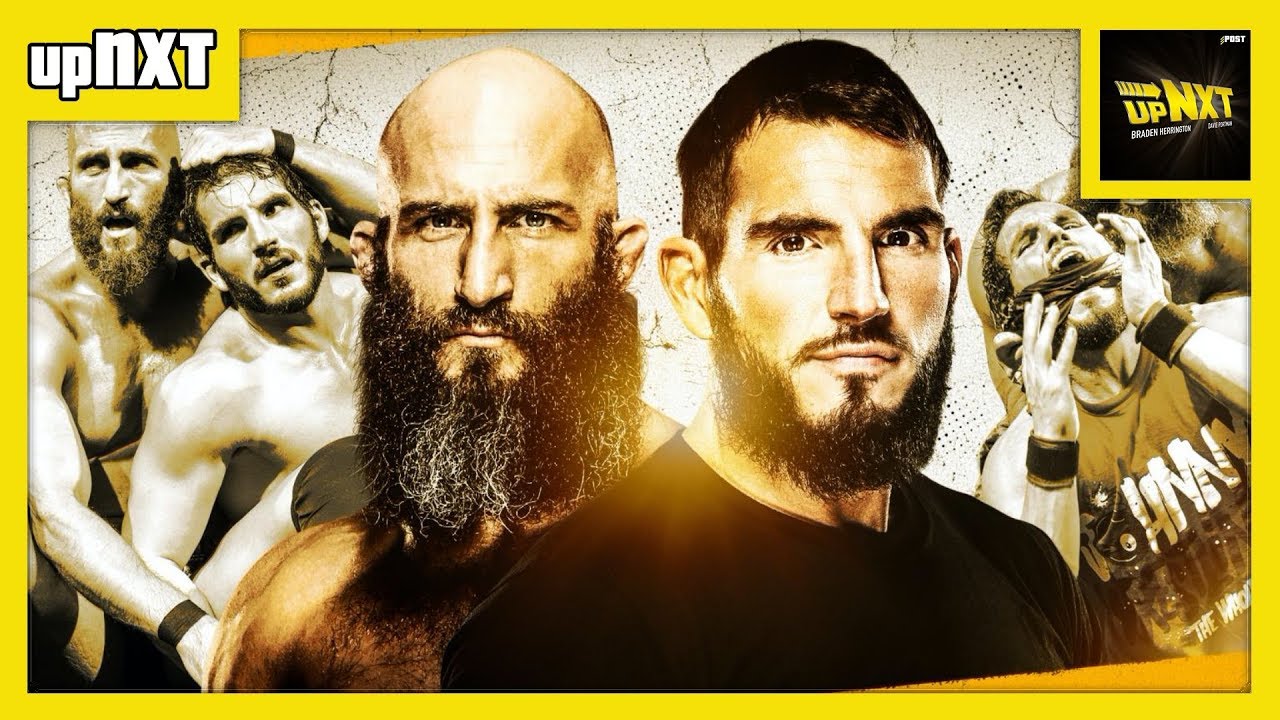 Braden Herrington and Davie Portman from "upNXT" are joined by friends of the show for a Live WatchAlong of Night 2 of WrestleMania 36! Braden and Davie rev...

Eva from London,
I expect many of you are expecting a random Shayna Baszler fact or my opinion on Becky going over Shayna at WrestleMania. Those will be discussed, next week. As for why they are next week instead of now:

This morning I got up went for a half hour walk, did a quick workout when I got home, and then set about breakfast. I was looking at my friend Vanessa’s twitter timeline, and the words said “ I lost my big brother” my knees buckled, as I started to cry about the loss of a man I had never met, never talked to, I never learned his name until today: Anthony. I was crying because I know how much he means to Vanessa, and how vital he was in making me friends with her. Most of the regulars on here know me as the shayna super fan. I wouldn’t be that without Vanessa. I was a baszler fan before Vanessa, but Vanessa…she is the ultimate shayna fan. We bonded over the Queen of spades, wrestling in general, and became fast friends. That wouldn’t have been the case without Anthony. The man who as a child loved the Ultimate Warrior and Kane and as an adult loved CM Punk and the Miz, passed his love of the squared circle onto to his baby sister so she was able to fall in love with Kane, the Undertaker, Lita, Bayley, And someone they both loved the Queen of Spades. So for passing on that passion, that fandom of this industry to Vanessa, I will always be grateful. Because of that passion you helped instill in her, her lives and mine intersected, and now she’s a part of my life that I could never be without. For that, I am in your debt. Rest In Peace Anthony, dearly departed, may you be in a better place. 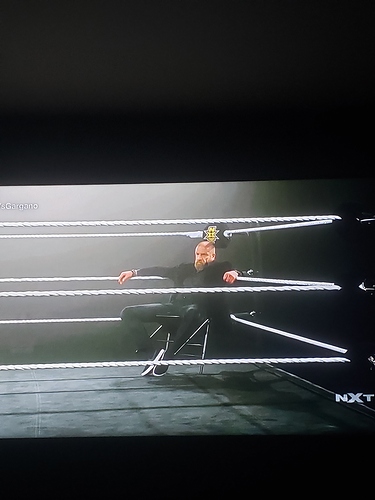 This is my first live NXT since AEW debuted, because I needed to see this Gargano/Ciampa clash.

Some quick thoughts on the main event:

Good show. Although I have mixed feelings on the ladder match.

On one hand, I’m happy Io gets another title shot. On the other, she really can’t afford to lose another title match (considering she’s lost two or three shots already), and it’s almost certain she’s losing to Charlotte, who really does not need the title.

I want everyone who thought Candice was an honest and friendly babyface to please apologize to Io. She KNEW Candice was a bad guy. That ending with the cup caught me off guard and I loved it. Being able to see Kross and Scarlet in the background (in a car) as Johnny and Candice walked off was a nice touch as well.

Question of the Week: How do you guys feel about Charlotte getting the title? Do you see her having a long reign? I REALLY, REALLY, REALLY, REALLY hate the idea of her as champion of a brand she isn’t even part of, and she’s not going to elevate anyone she beats contrary to what some people may think (including some fans who are going out of their way to attack others who don’t want to see Charlotte run over the division which seems likely). And how did you feel about WWE portraying Rhea as a massive crybaby in her post WM match promo? It did her no favors, credibility wise. WWE has done the same stuff with the Kabuki Warriors before they turned heel, Bayley, etc.

Sywenky from the Border City

Usually watch NXT on Thursdays from the Network being in Canada. But with One Final Beat and the Ladder match on tonight I found other means to watch live.

Both the ladder match and the One Final Beat were just fine. Maybe it was the commercial breaks but it just seemed like something was missing. Definitely need WWE to release the full non commercial of the matches tonight. Also if they could release the explicit version of Gargano Ciampa that would also bring something to the match.

Definitely the worst of the feud between the two guys. Definitely thought the match was just Edge vs Orton from Sunday with fancier camera angles and no Tom & Byron whispering over top of it.

Loved the bumps at the end of women’s ladder match and the pairing of former rivals from the start to the end.

After the weekend of hearing Cole, Tom and Mauro call matches by themselves. Mauro is heads above the others for something that doesn’t happen often.

Keep it easy in the quarantine.

Hey guys, not sure if you caught Mauro’s reference to “Million Dollar Arm” with Rinku. There’s a reason for that.

Around 2008, a baseball agent went to India thinking he could find the next superstar pitcher among the billion Indian people. The agent did it as a reality TV competition show in India, “Million Dollar Arm.” There were two winners, and one of them was Rinku Singh. The agent brought both to the US and they both got signed to the Pittsburgh Pirates organization. Of the two, Rinku was the better prospect, pitching in parts of 5 seasons. Still never got above A ball, which isn’t very high, but his journey to professional baseball was so interesting that Disney ended up making a movie about it starring Jon Hamm as the agent who went to India, the movie is called “Million Dollar Arm.”

I’m linking you here a picture of Rinku Singh in his baseball days. You can see that from then until now, he really bulked up for wrestling:

Just thought you guys might like some history and background on Rinku and what Mauro was referring to when he mentioned Rinku’s “million dollar arm.”

I know you’ve already recorded the show and feedback is late, but NXT starts at 5:30AM for me and I didn’t get to watch it till now.

I think this is the first or second wrestling show I watched since AEW Revolution so this was the first full show I watched in the empty Arena setting. I watch all the Takeovers, most of NJPW, AEW PPVs and like parts of WWE PPVs, but other than Dynamite or WWE clips on Youtube, my weekly wrestling consumption is through the upNXT and POST podcasts. Even for Wrestlemania, the only thing I saw was the Firefly Fun House and McIntyre Vs Brock.

I mostly watched today for Gargano Vs Ciampa. The match was good, but not great. The camera angles and weird lighting didn’t really do it for me. It probably went 7-8 mins too long. Like one of the other posters said, the trash talking was on point though. 10 minutes into the match, Johnny was the heel for me. I had a motorbike accident a month ago and had reconstructive ACL, MCL and Meniscus surgery little over 2 weeks ago, so when JG was targeting Ciampas ACL, I was firmly in Ciampa’s camp. Anyway, the Candace portion of the match was a bit rushed but it was innovative.
Only this company can take sure shot baby faces like Candace, Johnny, Zayn, Bryan, Bayley and turn them all heels and then suffer because of the lack of big baby face stars.

The woman’s ladder match was really good but the thought that these woman killed themselves for an empty arena does sour the taste a bit. Candace and Io really shined in the match for me.

The Indus Sher literally translates to Indian Lions. I think they are supposed to be these hermit warriors from Hindu Mythology, from what I can infer from their get up and the face “paint”. It’s technically supposed to be burnt ash and colored turmeric. These streaks and patterns are applied by priests and devotees if they go to a temple or are performing rituals and not worn to this extent by your average person. It is very very over the top if you ask me and it does make me a little weirded out. Also these guys really suck at wrestling. That match was very tough to watch. I do hope they improve and their gimmick gets turned down a bit, but as they are right now, they are really stale.

Anyways 5.5/10 for me. I hope you guys are staying safe and good luck for Davie to get a new job. I re-enlisted for your patreon just to do my little part.