Allo, allo, allo! Davie Portman here requesting all of your feedback for tonight’s edition of NXT featuring two steel cage matches! Braden and I will be going LIVE on YouTube after the show for our post show!

Eva from London
Real life as a graduate student has gotten rough and my brain is fried. Just want to thank you guys for all you do to be in my ears Wednesday mornings. It always brings a smile to my face…except when you’re like Brooklyn fans and incorrectly label Baszler as “boring” . But other than that you are two cool dudes with attitude. Keep up the great work one two THROW EM UP!

Well wouldn’t ya know it, Raquel Gonzalez found a way to get involved. Enjoyable match, ladies worked hard, but I would have preferred a cage match for the blow off. Both Chelsea & Shotzi had unsuccessful tours on the most recent Tough Enough, so its great to see them outshine the likers of ZZ & Sara Lee in the long run. Theory/Scott was very good. This show is in a bit of a slump in my opinion, but I’m sure they will rebound. AEW has just been too damn good. all I can say is I agree with the crowd as a pertains to Cameron Grimes. This company kills cell/cage match gimmicks like no other.

Hugh from Melbourne here.
Really enjoyed the opening cage match but I still get nervous when Tegan flies. We all knew Raquel would get involved but credit for a creative finish. I expect all three women will be in the ladder match. Do you think any NXT UK women enter the ladder match?
They need to let Grimes speak more, the heat he draws is spectacular. Will it be Lee against Priest or Grimes at Takeover? Maybe Keith could call an open challenge to be answered by Killer Kross.
Theory-Swerve was a great match, really showed off the power Theory has. That arm snap was nasty though. Could we see a heel turn for Swerve? He could bring out some of the brutality he showed as Killshot in Lucha Underground.
Main event was fun, and great swerve at the end. Was this Dream’s plan all along? Adam Cole always has his boys around to protect his championship, so Dream targeted the outlier to set his trap. Brilliant stuff!
Keep up the good work mates!

Main event was great. Women’s matches were okay? Kai/Nox had a clever ending, which will extend the feud. That being said, Green/Shotzi was not great. Chelsea’s gimmick is very main roster like and doesn’t fit into NXT at all, and she’s gonna stick out like a massive sore thumb at Tampa. Her wrestling isn’t super great either. Who else do you see being in the ladder match at Tampa? Not gonna lie, this women’s division is suffering right now with Charlotte hogging up the title picture, and Rhea being a pretty awful champion all things considered. Her promos are awful, and her character work is all over the place. They gotta get that title off of her soon after Mania. She just isn’t working with audiences anymore.

Question of the Week: If you guys watched RAW last Monday, how did you guys feel about the Kairi/Shayna match? Shayna getting boring chants doesn’t bode well for her main roster career, especially since she didn’t leave a positive impression at Survivor Series either.

And for a bonus question, how do you guys feel about Taynara being very public about her contract stuff? Do you see her getting completely squashed in an upcoming qualifying match to punish her for her constant complaining about her status on twitter? 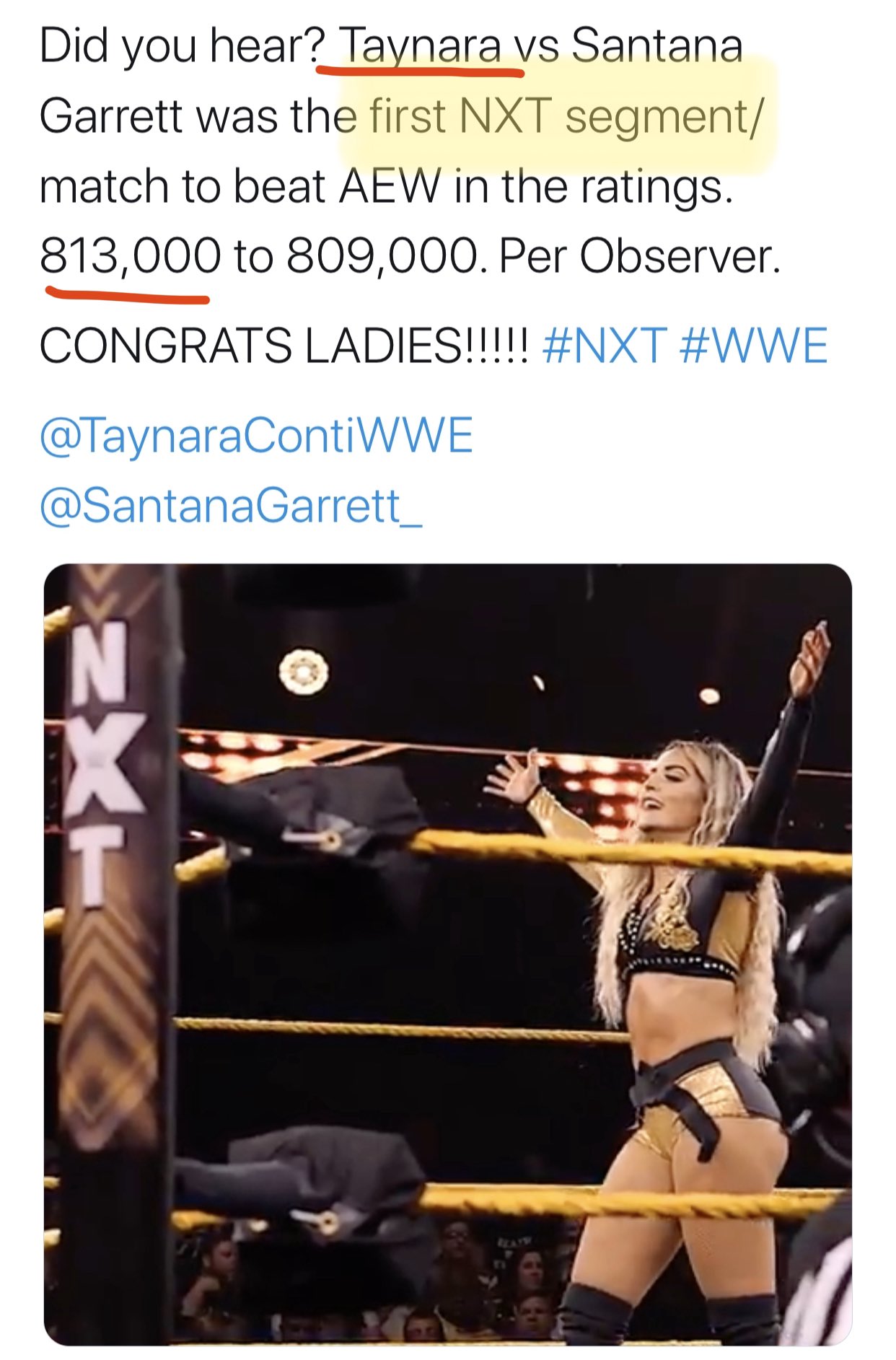 In a show with two steel cage matches, Mauro Ranallo wound up being the best performer of the night. The sit down with Johnny was really good, but I thought Ranallo’s acting really put it over the top.

As for the rest of the show, Nox and Kai had a pretty good match. I thought the first half lacked the intensity of their street fight at Takeover, but they dialed it up late in the match. I also enjoyed the visual of Raquel pinning Tegan behind the cage door. Dream-Roddy was also really good, better than their first match I thought. You could maybe nitpick over the logic of Dream purposely losing a match to get a title shot, but I’m pretty desensitized to that stuff by now. Overall a better show than in recent weeks in my opinion. I’m interested to see where they go with the Takeover card as they seem to be teasing multi-person matches for the women’s ladder match, the North American and Tag Team titles.