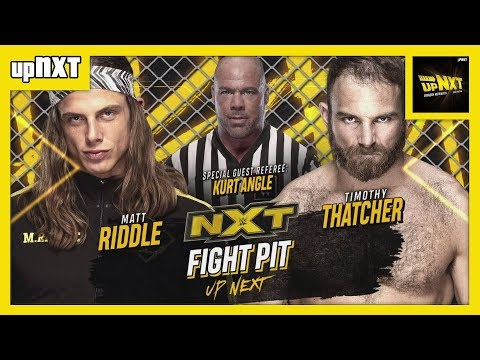 Braden Herrington and Davie Portman are back with their LIVE Double or Nothing WatchAlong. This time they are joined by Associate Producer - John "Cno" Evil ...

Eva from London,
Random Baszler Fact: Shayna is the only person in pro MMA history to have more than one win via the unorthodox Cobra Twister submission in their fight career.

Thatcher with the fight pit win via the Kirifuda Clutch! Seriously though hard hitting main event, not sure if its better than their first bout but still damn good.

I firmly see Io and Rhea as both tweeners, i disagree completely that Rhea is supposed to be a full fledged heel. I also think that this Charlotte experiment has been a dismal failure, as everybody knows either Rhea or Io is taking the pinfall at takeover so the false Queen can lose the title without being pinned.

Unique finish in the cruiserweight triple threat, i wonder if they are setting up a Kushida heel turn. Happy for Drake.

Finally, Raquel Gonzales has the best chokeslam in the business today. No one else comes close.
Great podcast as per usual, Bray D Davie until next time,
Throw em up! -hums Lorcan and Burch’s theme song-

I’m actually starting to warm to the Gargano heel character. He had some funny lines.Mia Yim saw Shotzi Blackheart’s shitty promo from last week and said to herself “Two can play that game.” When Beth said that Shotzi’s tank run on Nuclear waste & pepperoni, I turned the channel to AEW. Tegan, I love you, but you’re a big girl in the big leagues. Just eat the last damn slice! I guess you weren’t RAISED BY YOUR DAD!Drake Maverick is so damn entertaining. Last and certainly least, Kona Reeves birthday is in just nine days. He looks like a scarf guy to me if you’re looking for suggestions. Now here is a funny video of Drake Maverick & Mia Yim roasting the hell out of each other. Love those watch along’s. Keep up the great work as https://youtu.be/ZnAPo9K55oY

A few thoughts from tonight’s show: