Rewind-A-Wai #117 will be released this Tuesday with a review of WCW Great American Bash 1996.

This event was chosen by Espresso Executive Producer @Jochy.

Leave us your feedback and questions related to the event in the thread for Tuesday’s show. 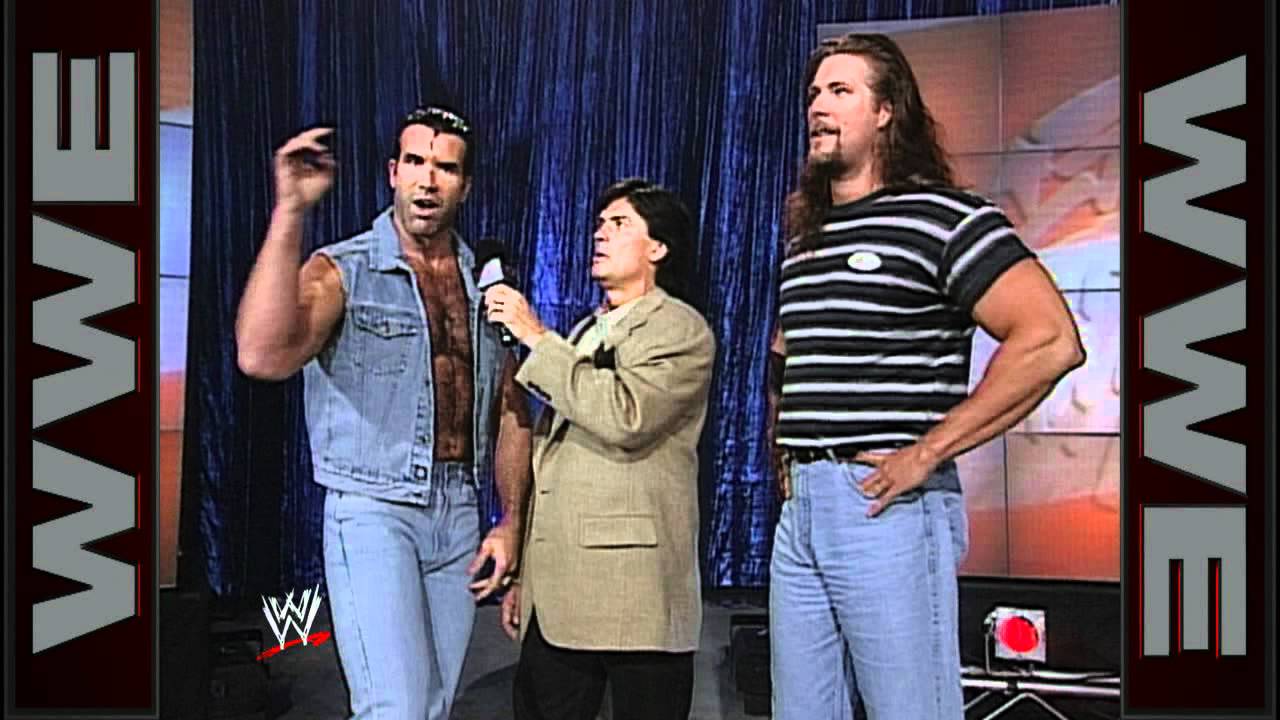 I’m loving the WCW reviews lately. We’re going from my favorite PPV in Starrcade 95 to one of my favorite matches/feuds in Benoit vs Sullivan. I went back just to watch that match and I knew they had done a lot of editing with Benoit, but I never realized how much. Seeing “Taskmaster competes in a Falls Count Anywhere match” with no mention of Benoit at all felt odd to me just noticing it for the first time.

My favorite parts of the match were the bathroom brawl, which has always stood out for me, because it isnt something we often see in these matches and of course Dusty shouting “There is a lady in the mens john here in Baltimore.” Why dont you think we see many unique locations anymore during these Falls Count Anywhere or Street Fights? It just feels like they stick to the ringside area and the ramp area, with the occasional crowd brawl.

I’m sure you will have covered this to some extent during the course of your review, but if not- given the resurgence of interest in his career prompted by his unfortunate ill health, wondering if you guys could discuss Steve McMichael’s WCW career in general. There’s parallels to Pat McAfee to an extent with any “polish” lacking from his commentary being entirely overcome by his force of personality, but his in-ring career to me was a little bit of “too much too soon”, putting a guy that inexperienced in a group that important, even in its waning days, and his run never really recovered from that, whereas McAfee has in contrast been extremely well utilized in one-off matches at big shows.

That said, the past few months have shown how well-liked Steve is, and he definitely livened up those early Nitros.

1996! Let’s cue up some Fugees! Maybe some Smashing Pumpkins, or Bush X! What are we even doing here?! No Doubt, “Spiderwebs!”

I really had nothing constructive to offer, and I just posted that. I’ll see myself out of this thread.

You first reviewed this show in June of 2016 (with Damian Abraham). I wonder if today, as then:

Your last review of Starrcade '95 featured Luger as a tweener. Here, he’s facing the heel champion, the Giant. The Giant, a heel, would go on to lose the title to the newly heeled Hollywood Hogan in August. The Giant, a heel, who won the title from the heel Ric Flair a few months before this show. Flair, a heel, was the leader of the Horsemen, who were also feuding with the heel stable the Dungeon of Doom.

What the hell was going on here? Did Kevin Sullivan love booking heel-heel matches because it was…more realistic? Do you know if this was part of his booking philosophy? Or were he and the booking team just lazy and inconsistent?