Leave us your feedback for Rewind-A-Raw and tune in live at 11 p.m. ET tonight. 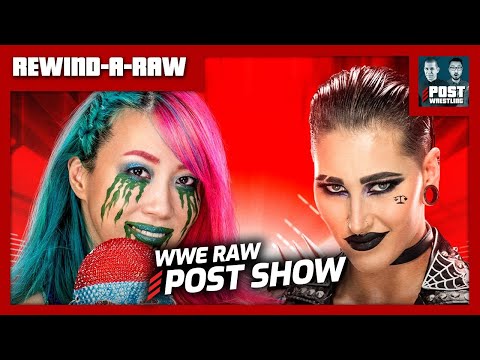 That Baron Corbin vs. Drew McIntyre match was awful. Aside from them ripping off Don Callis “Wrestling God” line about Kenny Omega the JBL and Corbin pairing isn’t really doing much for me.

Rhea and Asuka worked pretty stiffly with each other… Ouchies. The promo before the match wasn’t my fav. Graves even called Bliss out for being disinterested, which after three-plus months of this, I can’t blame her.

The wrestling god line isn’t a rip off the way you think. When JBL wrestled as that character back in 2005, that’s what he used to call himself. if anything Callis got that line from JBL. I agree with your assessment of the pairing though.

Some people loved the character, personally I felt it was a mid card act that was undeservingly pushed to the main event. Add in that his matches were mediocre at best, I never particularly cared for his run. It would be like them putting the world title on Baron right now.

Sounds like history is repeating itself with Baron Corbin now