We are putting the Rewind-A-Raw feedback thread up early for anyone that attended the show live at the O2 Arena.

Leave us any feedback and/or questions below. Tune in later tonight for the show.

Tonight, Renee reminded me of the Spokeswoman for North Korea. As Roman was getting booed, sh informed me that the people were on their feet cheering the BIG DAWG!

Great to see Nikki Cross and man is Becky over in Londontown.

Question, is Alexa heel or face?

congratulations to the Raptors. One of the best playoff games I’ve seen in ages.

So Bray Wyatt is Twisty the clown from American Horror Story?

They’ve done a real solid job so far with this new storyline so here’s to hoping they don’t screw this up.
He’s pushing 6 years on the main roster and has nothing to show for. 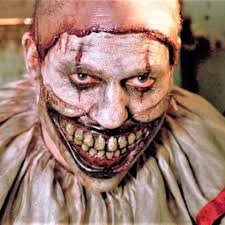 Slightly better show than the last month or so. It’s refreshing to see some new faces pushed or put into significant storylines, and there were a few solid matches tonight Cesaro vs Rey Mysterio being my favorite. The Becky/Charlotte/Lacey contract signing though awkward at times was till compelling. And I’m legitimately unsettled by Bray Wyatt’s new look. Still lots to hate about this show though. They still have no idea how to handle Ricochet, and Baron Corbin still has more airtime than any other wrestler on the roster.

I feel like something is happening. Like maybe next week will be a little better and the week after that will maybe be that much better. But I’ve been proven wrong so many times in the past so I’m not going to hold my breath. 5/10

Just another RAW this week, I’ll only say positive things for this show. Dana Brooke looked pretty good, I’m convinced if she stayed in NXT longer she’d be way better, but I still see something in her. Bray Wyatt segment was once again something I looked forward to, it was the only thing on the show that I made sure to be back in the room in time for, his new look is incredible, & if anyone can pull off a split personality gimmick, it’s Bray freakin’ Wyatt.

Anyways, I’m currently watching the Bret Hart/Tom Magee match, can’t wait for you guys to talk about it on the Double Shot.

It is I Brandon yes Wai I took a week off I’m sorry I needed to recharge my battery and after what happened on Mother’s Day maybe I should go away again. Congrats to the 6 for ruining another team from Philly, it was a great series and a moment. I digress your not here for that unless your Sportsnet 590 the fan? Anyhoo raw it wasn’t too bad I had fun with the falls count anywhere, sucks Rick O’Shea had to lose in Europe but other than that fun show

-Joel Embiid was a +90 in the series and people are shitting on him because he cried in public, fuck off

-Why does Mojo look like one of Zod’s goons from Superman Returns with his gimmick and gear? Looks like a fuckin fallen kryptonian

-that double or nothing show gonna be sick yah feel me?