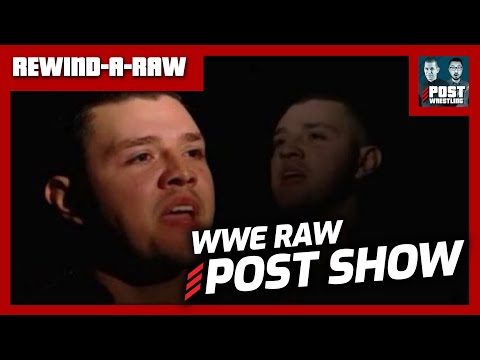 KO just keeps getting better and better on the mic, he seems to be the Mox of the wwe right now in that regard.

They give Dakota and Sky the tag titles only go back to being up against Bliss and Asuka. Hopefully they can give us a better feud this time.

A 17 minute match that ends in a DQ… why are we surprised? Somethings will never change in wwe… just give Dom a distracted win.

Do you guys think Rollins vs Lashley ends with a clean winner?

A solid episode that had Judgment Day look strong and, to a lesser extent, Dominik Mysterio. The jury’s still out on his long term potential as a heel but writing off Edge is a good start.

Damage CTRL got the tag titles, Johnny Gargano looked like he hadn’t missed a day. He and Chad Gable rocked it. Kevin Owens has the battery in his back in this new regime. His fiery promo on Austin Theory was tremendous.

How are we suppose to take Aliyah serious? I just realized that she doesn’t have her own theme or music. Now that all right with the world and the right ladies have the titles… when is Sasha and Naomi coming back?

Even though he didn’t use much offense, I was hoping Dominik came out with new offense (outside of the boston crab).

Some thing changes while some stay the same… DQ endings

I get why you’d want Dominik and Edge to end in a DQ but I’m bummed the lengthy main event ended that way. Rhea seems much hotter with this Dominik-perverting character than she was in her earlier RAW singles run, I feel keeping her separated from the women’s division has helped her stand out. Gargano’s debut was fun, but highlight of the night was Kevin Owens. Theory is good but he feels very much in the wrong place right now, while Owens knocks it out of the park whenever he gets the chance. If Roman is holding the title for longer, having a babyface be Money in the Bank holder sounds more intriguing. Owens would be great, but Gargano/Reigns would be an utterly fantastic match.

Question: where do you see Omos going next? Him squashing jobbers is getting old but I can’t see any good candidate for him to feud with.

Garrett from the Mook,

Was at Raw tonight. Good show, hot crowd. Completely full but the top level was shut off.

Judgement day at the end!

Gable-made some good jokes about Portland during the commercial break.

First raw here since prob 2018. Portland always been a hot crowd. Lashley beat priest with a spear in the dark main event.

Listener for a long time, keep up the good work guys!

It feels like WWE is still working its way through what things it wants to change and what it wants to keep and sometimes that can make things worse, like combining a 15-minute-plus Dominik Mysterio match with a DQ finish. I’m all in favour of more wrestling on my wrestling shows but longer matches should be reserved for people who can carry them and WWE has long since burned the screwy finish bridge.

Rey Mysterio appears to have been taking promo lessons from his son because this was 80s-after-school-special level cringe. I’d like to see them wrap up this portion of the JD story arc quickly and put the spotlight on Rhea where it belongs but Dominik seems to be the project right now.

Kevin Owens just continues to reach new heights and I sincerely wish they’d let him be the one to take Roman’s title. His unpolished, rough-edged persona is the opposite of Roman (and the opposite of Cody, for that matter) and I think they could craft a great story where he finally gets the big win. Sadly, I’m pretty sure I’m out of luck on this one. Still love seeing him on my tv every week.

I woke my partner up from the snort-laugh this caused. She wasn’t happy about it, I didn’t try to explain the joke because she doesn’t care for wrestling and doesn’t know who Lashley is, so I recognized that old adage, “if you’re explaining, you’re losing.”

First… Chad Gable vs. Johnny Gargano was awesome. The variety of moves that they both got to exhibit, their exchanges and pace were expert and made for one of the best RAW matches in recent memory… Coming off the McIntyre vs. KO match that’s something.

I know they needed to find a reason for Edge and Dominik to have the match, in which case they could have dropped the “take him out to the woodshed,” non-sense and have Edge rationalize that Dominik is a competitor, working at the highest level, is an adult that makes his own choices. And, his choice as a competitor, is to have this match. The “knock some sense into…” trope can be a little triggering for abuse survivors, and is archaic logic, like, using a the lack of “maniless,” the female or feminine to antagonize another man.

That said, Judgement Day has been salvaged through this program. And as cringy as the Mysterios are, the Dominik breaking bad angle is interesting and affords more meaningful screen-time to talents like Ripley, Balor & Priest. I, however, would like to see Ripley back into chasing the championship and having banger matches.

I agree with John that the Tag titles should have been on Dakota Kai and Iyo Sky 2-weeks ago. I think it would have helped upsell their match at Clash at the Castle, the Babyfaces would have had a greater obstacle to overcome, despite the heels winning, there’s still an incentive for another re-match between Asuka/Bliss vs. Damage CTRL.

Kevin Owens has been one of the best character re-purposing in the new Steph/HHH era. Giving a talented performer a live mic to not only chew scenery but to re-establish the competition environment as one of gritty, soulful and impassioned competition is wonderful. KO is the perfect vehicle and avatar to diffuse this messaging.

Wai is very right about that closing shot of Theory on the rampway, fuming mad, screaming and battered by KO. I also see KO & Gargano programs with Theory being a way to transition his character into a malevolent and vicious character… Akin to what Mick Foley did for Randy Orton. Or, as Mick Foley did for Shawn Michaels in the WWF In Your House: Mind Games match they had way back when.

I think RAW is benefitting these days from the 3-hour format, in giving talents more time to chew scenery and have more competitive matches.