Leave your feedback on WWE Raw and questions for John & Wai. 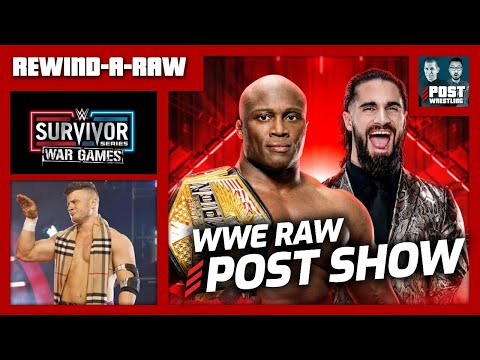 With HHH saying that blood isn’t necessary anymore, the announcement of Survivor Series: WARGAMES and another good RAW… WWE seems like the Post-Vince McMahon era has a long honeymoon.

I hope this is a sign that we’re getting Alexa Bliss and her old character and promos back, no more doll.

Also… Vince Russo can sit in his little den and shout into his boiled egg fart echo chamber all he wants… His hate means good things are happening.

Hey guys!
This was my first wwe live event since 2017. It was mid, but here are my highlights:
It’s always a joy watching Kevin Owens wrestle.
Dominic is a delight lol.
Bayley actually won in San Jose!
The 9 year olds sitting behind us kept screaming “DOM, YOURE BEING MANIPULATED” during the Judgement Day match and “MIZ!HE’S IN THE FLOOOOOR” during the Miz TV segment.
Negatives: the dude next to me screaming “Double D Bayley!” throughout the main event.

Question for you guys: why do you think AEW hasn’t fully tapped into the west coast market yet? Really wish they’d come to the Bay Area for once, I think they’d do spectacular.

Too. Many. Distraction. Finishes.

I understand that every match tonight went out of its way to protect everyone involved but it does feel like a case of diminishing returns. Everyone can’t be protected.

That said, Raw hummed along nicely, The US title opener was very good. Bayley main evented in the Shark Tank with Damage CTRL standing tall and the white rabbit mystery got the ball rolling on Bray Wyatt’s impending return.

Between survivor series ditching the raw vs smackdown theme for Wargames and the return of the Fight Pit. WWE is setting themselves up for a strong autumn.

Didnt catch much of raw except the last bits, im looking foward to see where Finn and Styles leads to.

Good to see Bayley win in her home city.

and about the White rabbit, I found it interesting that during the hang man game, the first letters the rabbit picked spelled out “Demon”

They have me hooked for Friday to see where this leads.