Leave your comments and questions below for RAR.

What did you think of Raw?

Very glad I didn’t make the trip to see this one live. Better show than last week but too much boring Corbin in the main event. Felt so bad for Liv she took a shot to the face. Shocker of the night was seeing broadus clay on the preview for the purge show. PS guys don’t let anyone in the feedback try to break you two up.

11 days from Super Show-Down and I didn’t think I could be any less excited, well tonight proved me wrong.

Apart from the over use of promo packages because their are trying to promote way to much at once (Super Show-Down, Evolution, Crow Jewel, Mixed Match Challenge, Mae Young Classic, & 205 Live’s move to Wednesdays). The only thing that stood out was “I’m not going to see any Raw championships defended in Melbourne for a WrestleMania price-level ticket”.

Honestly this was the same “paint by numbers Raw” we get most weeks. Only saving grace was seeing WWE use their air time for a charity. As someone who has sadly seen a loved one loose their battle to cancer it make me happy to see big companies care, even if said charity has a questional background.

I did like the subtle hint at the beginning when Rollins and Roman raised their titles and Dean just stood there. Although I really don’t like Ziggler, he did make valid points and Dean not having a title is an interesting way to fuel his eventual heel turn. However, like always WWE hammered that point through out the show to it’s audience…which can be annoying. Still a good opening segment.
The pop for Bailey tripping up Jinder kinda shocked me, thought people were not interested in her anymore. All I could look at the end of that match was the spit that was on Jinder’s lip…not a way to pass germs like Archers water spit, but still gross.
Micheal Cole said “that video is what the riot squad is all about”…so what are they about? Still have no idea why they are together or their point of “riot”ing
What does a car company have to do with the fight of pediatric cancer? Tag match was great and was actually sold on the near falls. And how is Alicia Fox still employed by the WWE…one of the mysteries of life I suppose.
Main event was alright. I will always prefer seeing Elering with AOP…I am not 100% sold with Maverik and not sure if he is a good match with them. If he was in his suit…maybe it would have a better visual.

Question, what happens first? Dean’s heel turn and possibly him joining the dogs of war (would be a cool visual if all 4 of them had titles like Ziggler said) or Mcintyre leaving the dogs of war?
P.S. Brandon from Oshawa being first on the feedback has become a staple of your shows. #EarlyBirdGetsTheWorm

I came to see feedback before deciding if I wanted to start Raw after work around 11:15pm. The results of the poll with 4 ppl voting was 2.25…now as I post this 8 ppl and it’s only around 3.38.

I’m pretty sure I enjoy watching the votes come in more on a Raw rating than a US congressional election. Anyway, very greatful for your reviews John and Wai. Thanks as always!

going to watch Connor McGregorFitzpatrick try to lead his team to victory. Curious what John thought of this last Sunday if he saw the video? 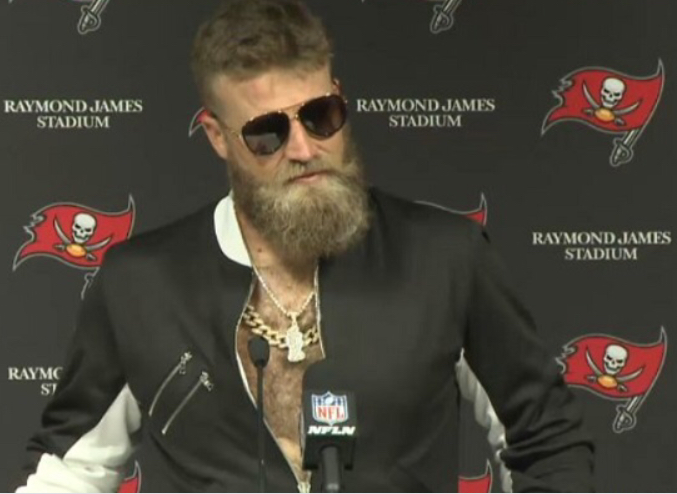 I used to look forward to Raw but now mostly it just plays in the background while I’m doing something else. The Kevin Owens show has potential to be a good weekly segment if they stick to it.
Quick question about drake maverick…I don’t really follow 205 but I thought he was a baby face GM. Has he turned on 205 or do you think he will be replaced eventually as gm? Cause it seems kind of weird to me to have him in two really separate roles like that.

I attended this show live. Just a few notes:

Liv Morgan was hurt, really hurt. She initially just fell off to the side and sat with a trainer, bit after the match she was carried off by the riott squad through the back by the time keepers area. She looked really rough, and was stumbling around.

The crowd was really behind The Revival. Everyone was popping loud and we even got a awesome.e chant, definitely the highlight for me match wise.

The crowd was also really behind Lashley. And I was impressed at how he clicked with everyone.

Lots of commerical breaks and downtime frustrated the crowd and at one point we had a “please do something” chant.

When the cameras went off Corbin tried to join the Sheild, they made him sing “I’m a little teapot” and put him through the table.

Ok show, but not great. Probably better live than on TV.

Probably a bad show, i skipped over alot of it…

I hope my blue tounge girl is ok, that was a rough few minutes for her out there…it was like they couldnt tell she was ‘out’. Cole even said she was in the back receiving attention with her in the shot…i dunno maybe i was just high.

Raw just can’t get out of the hole. And just like Liv Morgan’s face, I feel like Raw keeps beating me over the head with its botched writing. I will give thumbs up to a competitive Tag Title Match and the Lio/Bobby duo. But there were too many other things that drag this down.

On a side note, I’m back to being a Patron here and encourage any of you listening to do so as well. Best value for your buck you will find. Now I’m going to wonder what would happen if Brie Bella and YOSHI-HASHI were booked in an important angle together. Who would botch first?

I’m gonna be a bit critical of the Connor’s Cure segment. Obviously cancer is terrible, Connor’s cure has done a lot of good, and seeing those kids out there is genuinely heartwarming.

But I wasn’t a fan of having the roster on the ramp. You’ve already had the show start, and the 6 people that were trying to fight each other at the start were front and centre in solidarity. I think once the show starts, then what happens on the screen should feel like it’s part of the show, instead of a random break in continuity. It would’ve come off better to me if they had done it at the start like with 10 bell salutes, or as a dark segment. Or just do the same segment without the roster there, most of them already wear Connor’s Cure merch anyways

Did anyone see the prompter in the distance when Corbin was speaking at the end? It’s on the same type of screen they would show the words to the national anthem on. Take another look, if you haven’t. Wai’s nephew was right, this guy sucks…

I haven’t watched Raw in maybe 2 months and it doesn’t seem like I’ve been missing much. The tag match was excellent. I’m really glad to see the Revival get some time and I hope this shows WWE what they can do when given the opportunity.I like the Lio Rush Bobby Lashley pairing and the storytelling of the Drew/Dean breakup could be interesting depending on where they actually take it. Outside of that everything else on this show was completely skippable.

3 solid pieces on a 3 hour show just isn’t enough however.

The Ambrose storyline seems way too soon. The only thing that makes sense is that the WWE is attempting to increase viewership for their upcoming PPVs by having fans tune it to see if Ambrose turns heel. Tag title match was great and connected with the crowd. Brie Bella shouldn’t be wrestling period until she learns how to wrestle again. AOP in the main event was a great thing. The WWE is doing something amazing with Connor’s Cure. The opposite can be said as far as Jinder Mahal goes.

That was for the hearing impaired, it wasn’t for Corbin.

Surprised to see people down on this show, thought the hot crowd made the show fun.