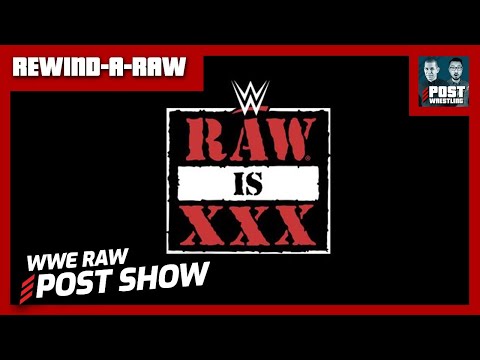 I watch WWE about 2-3 times a year these days, usually a big event like the Rumble, and thought they might put together a respectable show for the big anniversary. How wrong I was.

I struggled mightily to stay engaged for the full 3 hours, and a big part of that was because of the crowd sounding like they have the same problem. It has the din or constant murmur I’d expect from a baseball game, but not a wrestling event.

I have absolutely no idea how you both summon the strength to consume this show for 3 hours every Monday night, let alone cover it and make it interesting for someone like me who never watches! I’m left with the strong feeling that there is something very wrong with the people who tune in week after week simply for entertainment. I’ve never respected you more. You are true yeomen.

Tonight’s Raw felt like a very stark reminder that the Bloodline story might be the only vibrant thing WWE has going right now. I understand the call to let it run long and I get that the Damage CTRL/ Becky feud has felt very cold lately but it looks clumsy as hell cutting an advertised cage match. It feels like there were other segments that could have been trimmed a little to make room.

I feel a bit sorry for Rollins, who seems hugely over right now, more than he has been in years, but who still isn’t going to be included in discussions of who’s dethroning Roman. Bad timing, I guess.

That first hour was arguably the strongest first hour in years. Sami Zayn’s come to tribal Jesus meeting had me on my toes. Heyman and Jey Uso played their roles perfectly and the tag title match that ensued was strong complete with Sami earning a stay of execution. This has to come to a head on Saturday night.

Cutting the cage match soured me. However, the use of past stars to elevate today’s roster was quite well done.

I bet HHH wants to make good on the Bloodline spilling over their allotted time. If Becky Vs Bayley isn’t gonna be at the rumble. What are we doing here?

As a fan going in to this show unaware of the acknowledgment ceremony being axed I kept waiting for it… never happened.

The main event ended thanks to Lesnar…

Opening segment was great but the rest of The hype didn’t deliver for me.