What did you think of tonight’s show?

Brandon from Adelaide
Good show, helps wash the bad taste of Raw out of my mouth. It was so good to see Becky on my TV again, I was experiencing Becky withdrawal symptoms even though it had only been 2 weeks. I see Asuka (unfortunately) being put into the TLC match as a way to take the title off Becky without pinning her, so she could go on to win the rumble and challenge Ronda. I do hope this is the case, but with Charlotte now getting a more noticeable reception, I cannot help but feel WWE will have her involved with Becky/Ronda in some way.

It’s a bad sign that the only time I am invested in most matches these days on the main roster is when I’m begging them not to screw up the layup. Happy they recognized that they still have something in Asuka, I am looking forward to the triple threat TLC match.

As for the rest of the show, I wanted to watch the Canucks game at 7, started the taping at 5:40, and still had enough time to watch this week’s Being the Elite. But hey, we did get that fresh match up of The Bar vs the Uso’s, so at least they made time for that.

Noah from Vaughan
Considering the tire fire that was raw last night, this edition of smackdown was a breath of fresh air. Couple pieces of feedback for ya tonight, first off I thought the women’s division was handled tremendously tonight, adding asuka to the program has got me way more interested in the tlc match rather then them just doing another Becky vs Charlotte match. Secondly John, I’m curious to know if the WWE math was correct tonight on Jeff Hardy, was it legit his 20th anniversary in WWE? Thanks as always guys

I really enjoyed this episode of sd live. It’s just such a better show than raw. The first segment with Becky led into the final segment. It didn’t drag at all like a multi segment baron Corbin match.

I assumed Mandy Rose was winning since she led the heel group. I was happy that Asuka got a loud response in the first segment but since Naomi and Mandy were then only talkers and WWE tend to make decisions that make no sense I Didnt think they’d go with Asuka… I was pleasantly surprised. How is this NOT the main event of TLC? With Braun hurt I pray this closes the show. The women are on the rise and WwE should just listen to the fans: that worked tonight.

The Jeff hardy segment was captivating. Hardy is the perfect argument for unscripted promos. He’s an introvert but has a very unique charisma. Joe was SO awesome! He RE-used a rehab joke from TNA on Kurt angle in the "legendary " funeral of aces and eights but tht aside he was intense and SO good.

My only complaint was Miz. I thought he was going to feud with Shane,then he acts like a neutered heel shilling his film? My guess is they are slowly turning him face but they should just rip off the band aid and commit one way or another.

Maybe it was that raw was so bad and boring but I really enjoyed the contrast tonight!

Connor from Minneapolis
Live notes from the show. Becky is easily the most over talent, but Charlotte was getting a very strong mixed reaction. Fun setup for rest of the show.
Miz is great, but seems to just be face or heel depending on what they need that week.
Crowd was super hot for asuka whenever she was out. Nice to see them add her to the TLC match. Will be interesting to see how they utilize her especially since Ronda may be getting involved at the ppv.
Also notable that Becky never mentioned nia at all.
Overall really fun event to be at live, but not sure how it came across on television.

Ian from Chattanooga
How many times have we said one show is better than the other and questioned how it’s the same company that gives us so much good and so much bad in the same week. I’m rating this show 10/10. Not because of comparison to last night, but because I couldn’t find anything wrong with the show. I watched 2 hours tonight…15 minutes last night

It was an okay episode of Smackdown this week. Depending on how much time it gets, I think this triple threat women’s TLC match has a good chance at being the WWE match of the year.

Many people said that Smackdown won the Superstar Shake-up last April, but how would you guys rate the roster changes now with 7 months of hindsight?

Scott from Minneapolis
Good show tonight. Did not attend in person, last time I went to a wwe(f) show live was Summerslam '99 (which mostly sucked despite jericho, rock and austin on the card). I really liked the focus on the women tonight, glad my hometown popped well for asuka who has always belonged at the top of the women’s division. She has more charisma than most wrestlers, I hope they don’t just leverage her to take the loss at TLC. Spent many more minutes watching the 2 hour smackdown vs the 3 hour raw. I score it 6-1 blue brand this week.

I’ll start out by being harsher on the show tonight by giving it a 4 out of 10. It’s hard to look at Smackdown as anything other then the definitive B-Show after Survivor Series. The fact that WWE will bring up the 6 losses and Shane and Paige don’t seem to care implies that they’ve accepted they are the weaker show. In storyline, Smackdown is has a worse roster then the show that featured Jinder Mahal vs No Way Jose. Sure, there was good wrestling, but there seems to be no storyline reason for how Smackdown will improve, or come back or anything. I get that angles get dropped, but this might be the worst one ever because it involves the entire television show, its roster and its champions.

Pretty good show tonight and it kept my attention all the way through. It was a completely different show from last night. Serious question why is this so? Are the writers so drastically different on Smackdown? Does Vince take the night off?

Maybe it’s just the extreme heat talking today but SmackDown was a 20/10 compared to last night’s RAW. While I’m glad to see Auska added to the TLC match, as the last woman standing match we seen Becky & Charlotte use Tables, Ladders and Chairs (oh my!), I’m fearful that WWE will drop the ball on Becky before WrestleMania.

On a non-wrestling side note, Queensland is experiencing a extreme heatwave and about 138 bushfires burning around the state. So far over 20,000 hectares have burnt resulting in 1,500 people being displaced. Currently, and thankfully, their is no reports of loss of life. Today really put into prospective how thankful I am that all my family and friends are safe. 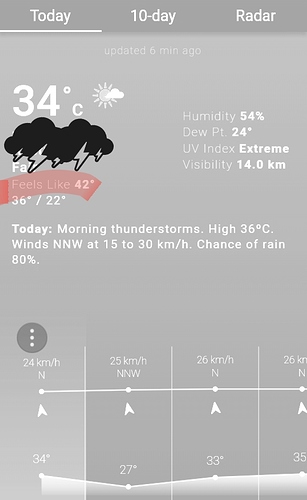 For the double shot:
Commissioner MJ here with a Post Fantasy Football League update:
Heading into the final week of regular season we have three Managers who have got their guys successfully booked for King of Gridiron PPV.
Tony - Any Given Bundy
Dustin - Buck the Frowns
Rob The Golden Patriots

6 teams will make the main card and a few will get pre show bookings. Then there is Dan who has managed team Kaze Ni Nare To a “Curt Hawkins”. imPerfect 10 and Robs Rad Team have also been Future endeavored.

Making another Becky vs Charlotte match makes me think that they want to put the title on Charlotte. I won’t mind that, if it means Becky gets to win the Rumble.