Going live right after the main event at YouTube.com/POSTwrestling

What a masterpieces was the finale of the men’s wargames. Sami has proven his loyalty to the tribal chief, turned on owens, and fed him to jey on a silver platter thus creating the team of jey-mi uso!!!

The rest of the show was ok, felt it was lacking a bit and the triple threat was the match of the night.

Where does the story of sami go from here now and what role will he play at chamber or the rumble? 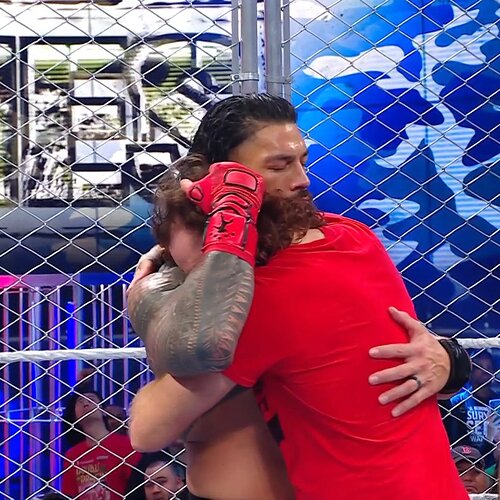 Not for the first time, I let my expectations creep too high. The Sammy/ Jey moment at the end was excellent but the rest of the show left me pretty cold. I thought Rollins/ Lashley/ Theory was the best wrestling of the night and I feel like Rollins has consistently had the best or second best match on every PPV this year. (Except the weirdly curtailed fight pit with Riddle.)

I thought it was a solid show outside of the Ronda/Shotzi match. Both Wargames matches were really good, especially the last few minutes of the mens match and the triple threat over delivered and was match of the night.

I found the crowd to be really bad, as seems to be the case with many WWE shows, especially lately. Why do you think that is? Its like, they pop for the bigger stars and they pop for some spots here and there, otherwise they are dead.

The Bloodline with Sami Zayn is one of the best story lines the WWE has done in a long time. They aren’t hot shoting it and letting it live its own long story telling form. If they can do that they can surely find a way to do it with other wrestlers.

I just watched the press conference and Paul Hayman and Sami Zayn seemed to dip in and out of character. What’s the goal with these press conferences: Further the storyline or answer legit questions from the wrestling press folks that are there?

Thanks for all you guys do!