For Rewind-A-Wai #90, we will be reviewing the WWF Royal Rumble 1992 as selected by Espresso Executive Producer @holzhammer.

You can leave us feedback and questions specific to the event in this thread.

Rewind-A-Wai will be released on Tuesday, July 13 for all members of the POST Wrestling Café. 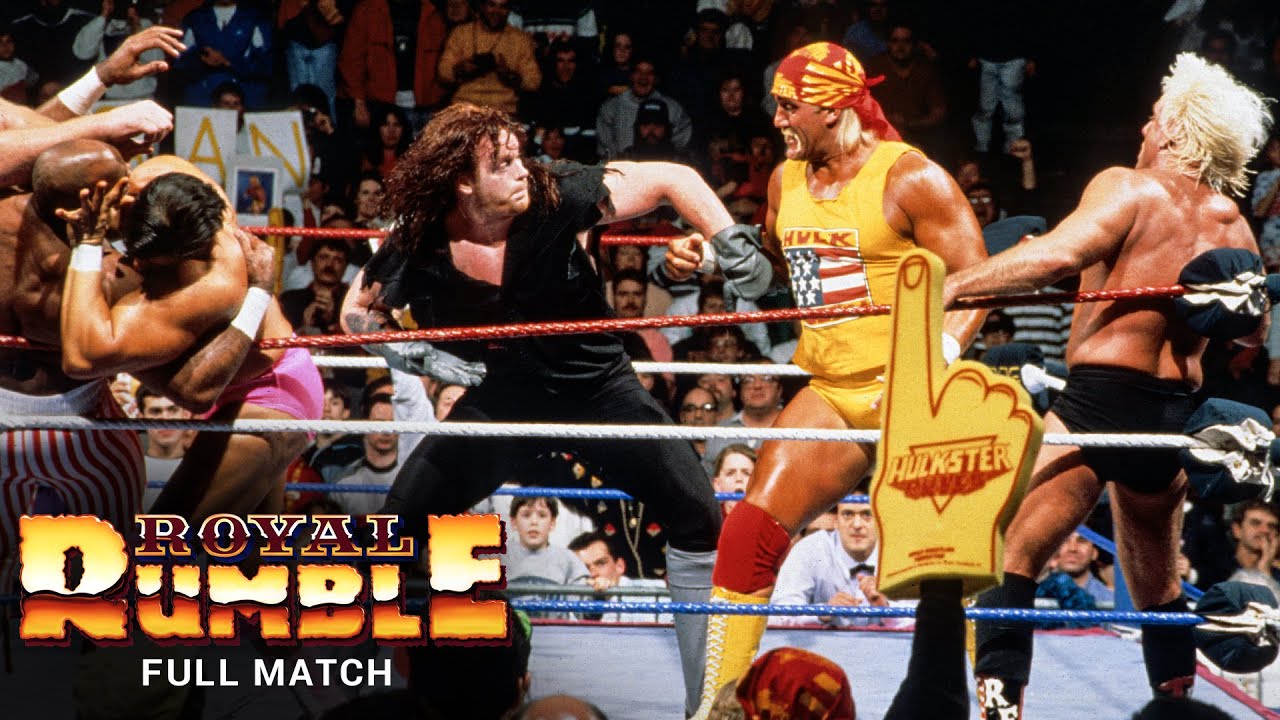 This is one of my fondest memories as a young wrestling fan, as at the time this PPV had me hook, line, and sinker. I didnt know who Ric Flair prior to his WWE tenure, but in one night, the booking, Ric Flair, and Bobby Heenen made the 8 year old me believe this guy was a star.

I dont remember too much of the rest of the show outside of Piper winning the IC title which was a cool moment, as this show was mainly a 1 match show.

The Rumble itself was always a unique match, and at the time I was conditioned to thinking Hogan would win as he had won the only other two Rumbles I had ever seen. When Sid pulled Hogan out the 8 year old me was pissed and it accomplished 3 things. It made me hate Sid, accept Flair as champ, and feel empathy for Hogan. So much story told in one moment.

Lastly, and I’m sure you two will touch on this, but Bobby Heenen was amazing. If anyone ever asks what is missing in announcing in 2021, I would tell them to watch this match as an example of how much an announcer can add to a show. I’ve always hated this notion that announcers are supposed to be “unbiased”, this isnt sports, I want to see bias lol.

I saw this rumble match very recently as I immediately realized that the amount of star power and adding the world title to the mix gave this Rumble match stakes instead of the tried-and-true method of anointing the next big star.
Ric Flair lasting a whole hour was tremendous and it was a sign of Hogan’s waning popularity in the early 90s as the audience’s taste began to change when Sid Justice got a surprisingly big reaction, despite being a heel at the time.

I’ve been waiting for this review to come up, just to be able to share my sentiment around it. This will always be my favorite rumble event, despite the undercard being close to irrelevant in my opinion. (Aside from Roddy winning the IC title to setup Piper v Hart at Wrestlemania). I know from start to finish, there are probably more than a handful of other Royal Rumble events that are more entertaining, but due to the personal significance of the '92 event, they just don’t stack up. This PPV is my earliest memory. Not just in terms of wrestling events, but in general. I remember sitting on my father’s lap at 3 years old, hooked on everything that was happening. And even moreso, I remember getting nearly inches from the screen, captivated by Ric Flair as he belted out “WITH A TEAR IN MY EYE…” I reference this moment whenever anyone asks me about when I started becoming a fan. My father always told me that I was never a Hogan fan, so it makes sense that I remember being as excited as I was for Flair winning. It wasn’t even a matter of wanting Flair to win because we never really watched NWA/WCW during that time, so I wouldn’t even have had any investment in Flair, it was just a matter of wanting Hogan to lose.

About a year ago, I lost my father to COVID-19, and dealt with a lot of different emotions as a result. In the weeks that followed, wrestling (my normal escape from reality) could barely hold my attention, and not just the terrible stuff on Raw, but even Smackdown, NXT and AEW seemed to be nothing but noise to me. But at some point, I randomly turned this event on. I watched it, shed a few tears, and thought of the memories it created for me. Afterward, I would still barely pay attention to Raw, but that was more to do with the fact that I would rather listen the Rewind-a-Raw show to get the cliff notes. I slowly eased myself back into enjoying the other weekly shows.

For the anniversary of my father’s passing, I wanted to get a tattoo to remember him by. After a lot of back and forth, I decided to memorialize the memory I have of sitting with him and watching this event. (https://www.instagram.com/p/CN-IeyYlmtR/?utm_medium=copy_link). So despite the weak undercard, I still personally think the 92 rumble is the best of the best.

On that old review, John mentioned that the plan for 'Mania at the time of the Rumble was still Hogan vs. Flair. I’m aware of this story and why they changed the main event, but something still doesn’t seem to add up. First, Hogan is booked as a complete heel at the finish. Ten years ago, Wai mentioned that the Coliseum Home Video version had re-done commentary in which Monsoon is far more sympathetic to Hogan and more critical of Sid. Furthermore, do you know why Flair was booked as a complete hero? It’s a famously memorable show and it cemented Flair as a star to the WWF audience. . .but it’s a complete babyface spot. Have you ever heard an explanation for this? They did the same thing with a heel Shawn Michaels at #1 three years later, so maybe it was some weird theory Vince had?

I had to comment on this one as I have a special connection to this event. I was born on the same date this event took place (Jan 19, 1992) in the same city just a few miles up the road. I always joke that Flair winning at #3 was only the second greatest thing to happen in Albany that day.

As for the event itself, while unfortunately my parents didn’t drive me to the Knickerbocker to see one of the classic PPVs of the era, I have watched it several times and it holds up as one of the elite rumbles of all time, with Henan probably giving the second greatest commentary performance in WWF history behind JR’s call of the Foley-Undertaker Hell in a Cell.

Hey guys…just listened to the review, great show as always.

I want to clarify one thing from my feedback, when I said that I felt empathy for Hogan, I’m saying it through the eyes of an 8 year old who looked at Hogan as his hero, because thats what he was at the time.

As a 37 year old, of course I see it differently.