First world problems that are normal for wrestling fans 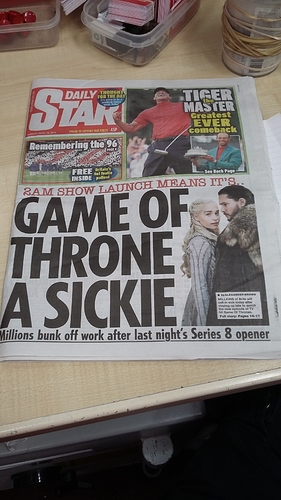 I remember being a stupid kid/teenager in the 90s, back when the worst thing in the world to happen at school was for somebody to call you “gay”. Then we would all go home to watch men grapple in nothing but their drawers.

I think (and hope) times have changed for the better, and that this one doesn’t apply anymore!

Or watch hours and hours of any sport everyday day.

Netflix has alot of garbage on there.

I don’t think this one applies as much anymore. I did have a college roommate (not by choice) back in 2010 who would criticize me for watching wrestling for this reason.

I still think sometimes wrestling fans are looked down upon unfairly as lacking intelligence but that stigma is slowly being shed as well over time.

People bitch about the super bowl being too long and starting too late all the time.

Same for NBA and baseball (idk if hockey is the same). The NBA is constantly talking/experimenting with streamlining the game. They understand that games that drag and seasons that are too long aren’t positives for fan interest and growth.

WrestleMania is too damn long. Change my mind.

The WWE is running a Network Special the night of Game if Thrones. Have they lost their minds?

How haven’t they named a team after the Dothraki?

Well it’s somewhat fair. How many doctors for instance or lawyers are watching wrestling versus other sports? Even MMA and Boxing attracts the more “intelligent” crowd at times.

Wrestling (at least WWE) is fun at times but it’s low brow entertainment . Fans like to drink beer and chant and take over shows.

It can be low brow entertainment, but I think it’s slowly becoming more seen as a nerd culture type thing in the last 5-10 years instead of a low brow type past time. Nerds for the most part can be quite intelligent and aren’t necessarily doctors and lawyers. The current wrestling fan base (especially the diehards) would fit in more at a comic convention than at a townie bar.

Kinda makes sense if this graph is accurate

Interesting little chart. Notice how close UFC and WWE fans are on the chart. I have always said MMA fans are more wrasslin' fans than sports or combat...

Watching live PPVs from half way around the world and complaining every time there is a 10 second buffering issue is peak first world problem.