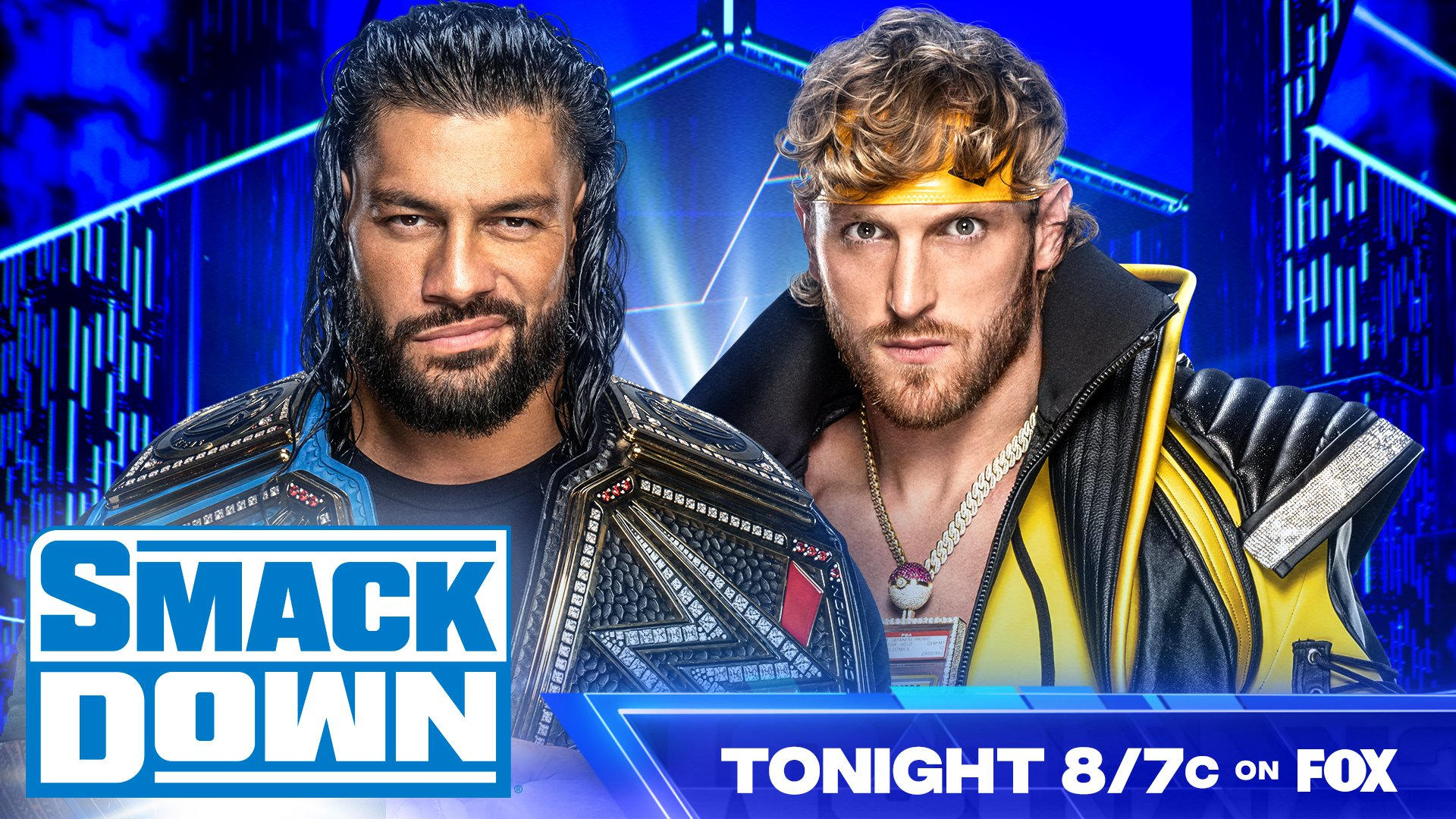 The show kicked off with Triple H in the ring. As Hunter introduced the show his mic featured a QR code that took users to another pig-related video, this time with dialogue repeating “let me in” over and over in a demonic voice.

Michael Cole introduced his new commentary partner Wade Barrett. The Bloodline came to the ring and started a promo which was swiftly interrupted by Logan Paul. Paul riled up Jey Uso referring to him as the Tribal Chief instead of Roman. This led to Reigns staring down Jey. Sami Zayn jumped in and played peacemaker, cutting a promo on Paul and backing him off.

Backstage, Sami Zayn was trying to convince The Bloodline that he could serve as their enforcer. This led to Jey getting angry and Roman saying that Jey has always been a hothead. Reigns told Sami that Jey was now his problem and Sami seemed to agree to the assignment. Sami & The Usos ran into The New Day who started in on Sami now being Jey’s “daddy”. Sami said for The New Day to get a partner and meet them in the ring.

Hit Row came to the ring but was promptly attacked by masked men. B-Fab tried to help but she was attacked by the returning Zelina Vega. The men unmasked and revealed themselves to be Legado Del Fantasma (Santos Escobar, Joaquin Wilde, Cruz Del Toro).

An 8-bit style video aired featuring a white rabbit. The video ended with the words “Tomorrow Night” and “Feed Your Head” among other cryptic messages.

Karrion Kross and Scarlett came down to the ring. Before Kross could finish his entrance, Drew McIntyre appeared and jumped him from behind. Security guards tried to stop him but McIntyre fought them off. Kross used the security guards’ distraction to turn the tables on McIntyre and whipped him with the strap multiple times leaving Drew laying.

A mysterious Viking Raiders promo aired featuring a voice that may have been Sarah Logan saying “Valhalla Awaits”.

The New Day revealed their mystery partner as Braun Stowman. Stowman and New Day defeated The Usos and Sami Zayn after an argument between Jey and Sami broke out ringside allowing Strowman to steamroll them both into the announce table. A distracted Jimmy was then hit with a double-team finisher by The New Day.

Maxxine Dupri was screaming at Max Dupri backstage with the Maximum Male Models writhing on the ground. Max told her to never call him that name again. He said he is not Max but he is LA Knight. With that, Knight stormed off.

Gunther successfully defended his Intercontinental Championship against Sheamus after Gunther hit Sheamus with his shillelagh behind the referee’s back.

Announced for SmackDown Next Week: