Got a Belt at Work Today

Walking through the Marketing Dept at work today and I see something that catches my eye. I stop and go get a closer look. There is a WWE Smackdown Tag team belt sitting in the window. I go over tot take a look and Christina starts asking me if I like WWE and if I was excited for Smackdown debut on Fox. I was honest with her and told her I have been unhappy with the WWE for sometime and have stopped watching it, but that I still watch other wrestling. We talk for about 10 mins and she asks if I would like the belt. I tell her no I cant except that it was sent to you and you should keep it. She tells me that I like wrestling more then here and insists I take it. I am now the proud owner of the wrestling belt. I was shocked she offered it after I said I wasnt a fan of the way WWE at this current time.

Anyone ever display a belt on a wall and what did you use? 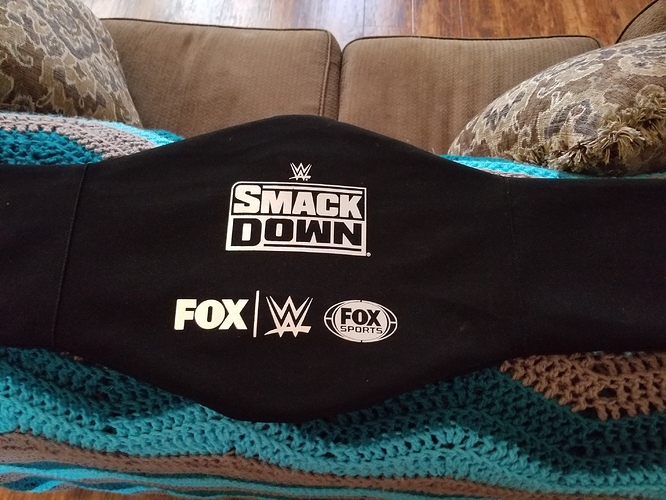 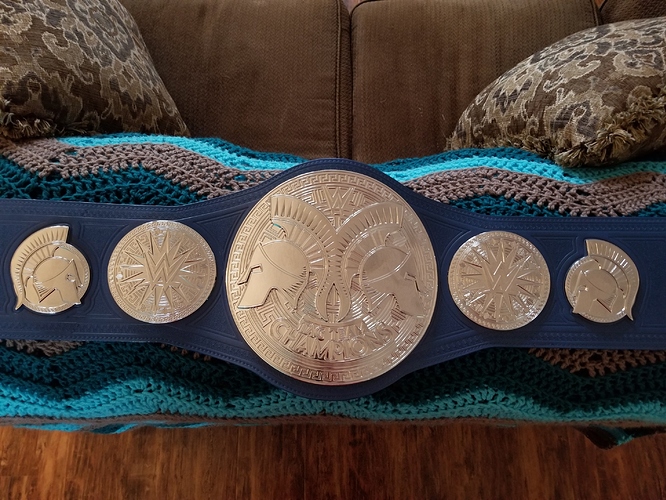 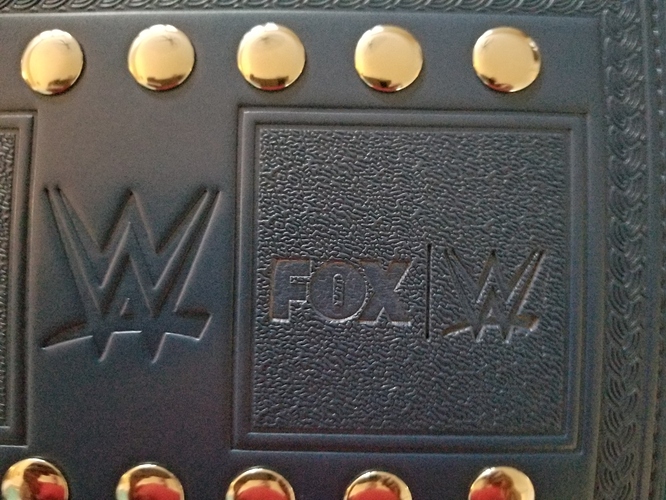 Very cool! Wonder why they sent the tag title?

I know we have done advertisements with WWE so it might be a sponsor related. The marketing people are all the time getting free stuff. I have seen boxes of UFC, NCAA March Madness and NFL swag in the past.

I meant why tag instead of world?

Good question. Another lady at work received the same box. I will have to ask her if she got the same one.

Could it be cause it has the Fox logo on the leather and Fox logo is blue?

Do you work for Fox?
Very cool!!

Nope I am a contractor at Pizza Hut Corp office.

Talked to the other person at work that got the same box and it was the same belt.

Likely wanted to ensure it was a Smackdown branded belt to help promote Smackdown on Fox, so Tag Belt worked better.