Longtime pro wrestling ring announcer and WWE Hall Of Famer Howard Finkel passed away at the age of 69 years old today, as confirmed by WWE. Howard Finkel had been a part of the WWF/WWE since the 1970s. Howard was the ring announcer for many WrestleMania events and has appeared on WWE programming sporadically over the past decade.

WWE is saddened to learn that WWE Hall of Famer Howard Finkel has passed away at age 69. https://t.co/tqmD68ZsQp

Throughout his time in the WWE, Finkel was engaged in several storylines including feuding with fellow ring announcer Lilian Garcia. Towards the conclusion of his full-time ring announcing career, Finkel became the voice behind the Hall Of Fame names introduced at WrestleMania events. Howard also made a return to WWE to announce CM Punk to the ring at the 2011 Survivor Series pay-per-view and participated in the “Blast From The Past” edition of SmackDown and the 1,000th episode of Monday Night RAW.

There were several more appearances that Finkel made following that aforementioned appearance and he also starred in the WWE Network series Legends’ House. Howard dealt with health problems dating back to 2019.

POST Wrestling would like to send our condolences to the family, friends and loved ones of Howard Finkel. 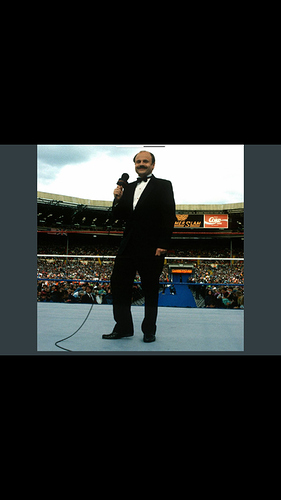 A great photo I found from summerslam 1992 in Wembley stadium rest in peace Fink. X

Fuck this year,fuck it in the ear.