I hate WWE at this time of year

Path to wrestlemania, wrestlemania moment, fast lane to wrestlemania, all the fucking sign pointing. I know WWE loves itself all year round but it really gets obnoxious around Mania. Like, the fact of merely being allowed to perform at Mania is an end in and of itself really annoys me.
Then the actual event comes round and its both overly long and rushed. It lasts for about 3 days yet a lot of matched still get short changed on time.
Then at the end, Roman Reigns wins.

I realise I’m probably in the minority (and that this isn’t a new issue really) but it really struck me recently how overbearing it all is.

The thing I hate the most about this time of the year, is all the on screen talk of so and so “not going to wrestlemania” when they ALL go to Wrestlemania. Especially now since they want to get everyone on the damn show.

I agree with most of this. Gorilla didn’t have to shout “Wrestlemania moment!” when Hogan slammed Andre. Maybe WWE should try booking more “moments” instead of just telling us we’re watching them.

Also, this new thing where guys might not be at Wrestlemania is kind of ridiculous. It’s a seven hour show that will include a battle royal with the Ascension and Curt Hawkins in it. I’m pretty sure there’s room for Seth Rollins even if he takes a loss tonight.

To me, this goes beyond the required amount of “kayfabe” we need to accept to watch WWE and goes into “treating us like we’re stupid” territory.

WWE treats us like we’re stupid because they read social media…can’t say I blame them.

My biggest problem is the sign pointing too. You might as well be wearing the PPV shirt, because you look like a total geek. WWE loves you hitting you over the head with the marketing terms and nicknames. if the NFL or NBA talked to me like I was an idiot I’d probably stop watching.

I guess I’ve learned to tune out WWE’s trademark commentary over time. None of that stuff bugs me. I love this time of year. It’s the only time when it feels like WWE gets off the treadmill or hamster wheel going in circles and actually starts progressing storylines towards a finish line.

Smackdown has been stagnant for weeks and weeks but after Fastlane should actually have stuff happen to get us to wrestlemania.

I feel like they’re almost taking the piss out with how often we see the sign pointing. Cena and Nakamura at the same time?! But I agree, it’s a great time of year and things actually feel like they’re moving (on Raw and 205 at least).

Do we know who the first person to point at the WrestleMania sign was? I wanna know who to blame.

HHH and Cena both pointed at the sign in 2008, I don’t remember it being done before that. Prior to that they got a shot of the winner with the sign in the background iirc.

I’m good with it on a certain level; it did inspire Trent Seven’s “point at the sign” spot at a recent PROGRESS show that was just hilarious because he was not pointing at a WrestleMania sign, that’s for sure.

I actually enjoyed that too.

Tbh, if it was done in moderation it wouldn’t be an issue but having multiple people point at the sign every show for two months of the year gets very annoying very quickly.

Actually ‘if it was done in moderation it would be fine’ is the way I feel about lots of WWE issues.

I think the whole looking and pointing at the sign thing started in 2004 when Benoit won the rumble. I think that’s when they started showing the sign too.

I agree with everyone about the most offensive thing about this time of year is the sign pointing. Or what I like to call the john travolta saturday night fever pose.

It’s basically the same ol McMahon stank of running every idea into the ground over and over. 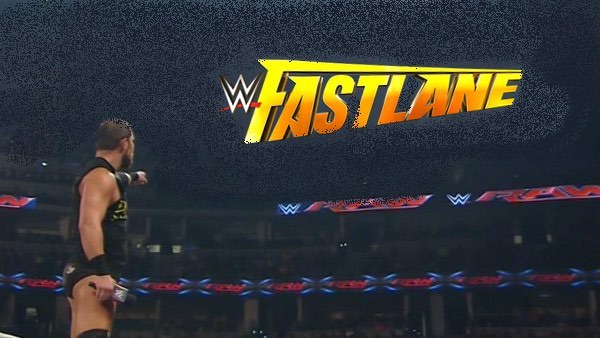 Someone read that piece Kayfabe News did about Fastlane!

Rhonda was the worst so far this year. Awkward as shit.

She really was, I think she over did it but to be fair how natural can you look when asked to point dramatically at a huge sign. 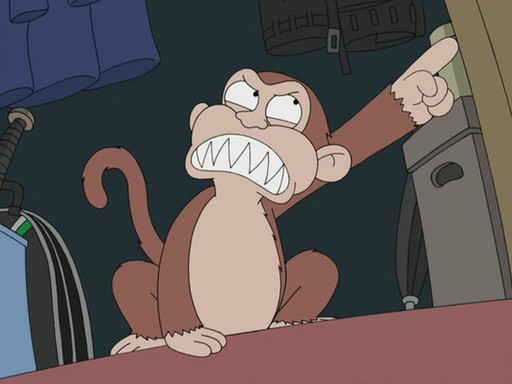 You’re taught in media…your dumbest consumer has to be placated…and judging from forums and social media…it’s needed.

Not sure I said this before…but it needs to be stated whenever possible.