It’s a spoiler if the event is pretaped and hasn’t aired yet and you spoil it on here without warning.

If it’s a show or TV program that has aired who is this a spoiler? If you can’t get in the UK or Canada then either avoid it until you see it or find another means of seeing it live if it means that much to yiu.

@TheBrayD tweeted about Edge returning and it popped up in my notifications while I was at work and I now solely hold him responsible for ruining that moment. Not myself for not turning off my notifications.

So it should be OK then if I come here and spoil the fuck out of movies in the title of my threads? It won’t be my fault, right? If people care so much, they should have gone to see it.

This is a wrestling forum. One would reasonably expect there to be wrestling spoilers on a tv show that has already aired.

Since it’s been over a month since ROTS came out then yes there is going to be discussion of the movie and probably posts with spoilers in the title.

But I can also tell you for the first weekend or so that most forums wouldn’t allow for spoilers to be put in topic titles. Or the spoilers had to be hidden as a courtesy which I find totally reasonable.

I don’t run this website. At the end of the day it’s John and Wai’s decision. But I at least understand Elliots and others point of view that spoilers in thread titles aren’t necessary.

I kind of like John’s suggested solution that news topics aren’t automatically posted on the forum. In a lot of cases it ends up splitting up the conversation anyway between multiple threads.

John - dont change a thing. Thank you for addressing it. Dont overhaul the site because of one issue.

I knew the entire plot of Star Wars before I saw it…didn’t have a fit because I’m not arrogant enough to act like the world should stop turning because I didn’t see something that was already released into the world. 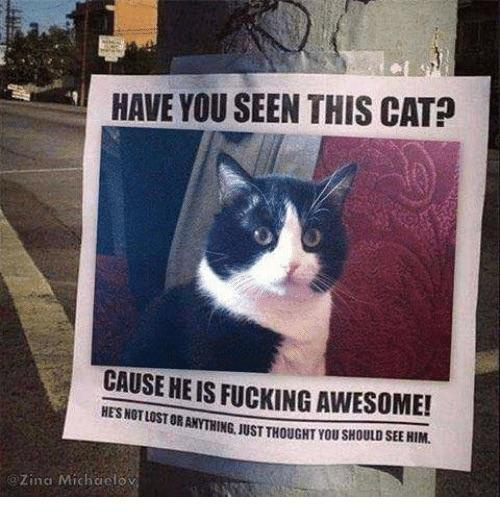 Avengers spoilers would’ve been fine if Marvel posted the ending on YouTube 10 minutes after it was released. Now do WWE.

Anyway, this thread is same circular discussion as the last one that got locked, so I’ll stop contributing to the madness. Hope we’re not chasing posters away by talking about events that happened, but I also think Elliott is going to need to find a UK-centric forum, or he’s just going to run into the same thing pretty much everywhere else.

There’s been at least one study that claims spoilers actually increased interest.

I was angry when I watched Star Wars. Mainly because it’s not very good.

Add my name to the keeping things how they are category.

Spoilers are impossible to avoid in this social media age. You’re bound to get a spoiler wether you log in here, Facebook, Twitter, Reddit, Instagram, etc and it’s the viewer’s personal responsibility to avoid these if a show has already been broadcast live.

I liken it to WrestleKingdom every year. I’m 100% not going to catch the show live and I know that my social will be packed with spoilers the next morning. For that reason, it’s my personal responsibility to refrain from utilizing these channels until I’ve watched the show to remain spoiler free not look to others to alter their discussion until I’m caught up.

For me, I utilize this forum to seek out spoilers - I simply don’t have the time to watch all the content that is out there. I look to this forum, your POST shows and the accompanying discussion to update me on what’s happened on the shows I’m not catching live and help prioritize what I do want to watch on “rerun”

I think using the live broadcast date is the best barometer to measure wether a topic is a spoiler or not. Taped shows can be treated with a bit more sensitivity until they broadcasted to the public - beyond that, it has to come down to personal responsibility.

No change required in my opinion, I’m in the Uk also and have been spoiled on plenty wrestling related moments, when it happens though, I curse myself for allowing that to happen, not try and dictate or censor people based on my preference.

Someone help me with the title of this thread.

Is op in the HBK role and is retiring the forum. Feels like it should be the other way around.

Thought it was fine, just too long.

Then again, I wasn’t expecting the space magic soap opera to be the Godfather.

I don’t get that. I’ll always go back to Brock vs Taker at Mania 30. I was legit stunned when Brock won. It was a favorite moment of mine, because I’ve never been a huge Taker fan after the Ministry days and I love Brock. If i had known Brock won going in, the shock wouldn’t be there. The reaction wouldn’t be there.

Same as when Seth cashed in the MITB. The people in my house were going crazy, either for or against Rollins. It was an atmosphere that would not have happened, if we knew the result.

I can look at my favorite hockey game ever, game 7 of the 2013 series between the Leafs and Bruins. The Leafs were winning 4-1 with less than 11 minutes to go. I thought for sure the Bruins were finished. What happened next was one of the greatest comebacks I ever have and probably ever will witness, as a sports fan. If I had been spoiled, that epicness is not there.

This is not just an issue here, but other wrestling forums, TV show forums, etc. I get that they want clicks on their articles, but why are here places trying to push away people, by telling them not to come, until after they watch something? I’d want all the discussion I could get.

If you put 2 threads in front of me, one that says “Spoilers win tag titles” or “Rollins and Murphy win tag titles” I’m more likely to open the first one, even if I already know the result. Same as if a death on a show happens.

That hockey game still has be crying

I often am not available to watch shows live and end up watching them on delay. I know I live in North America, but I just stay away from things with spoilers.

I like in the UK and in order to avoid any Rumble spoilers via push notifications, etc. I disabled the mobile data on my phone and showed some personal restraint in which sites to visit.

Yes, it can be frustrating living in this region with big event live wrestling largely occuring in North America or Japan but there need to be workarounds. It’s the same strategy I’ll be using for the Superbowl this week.